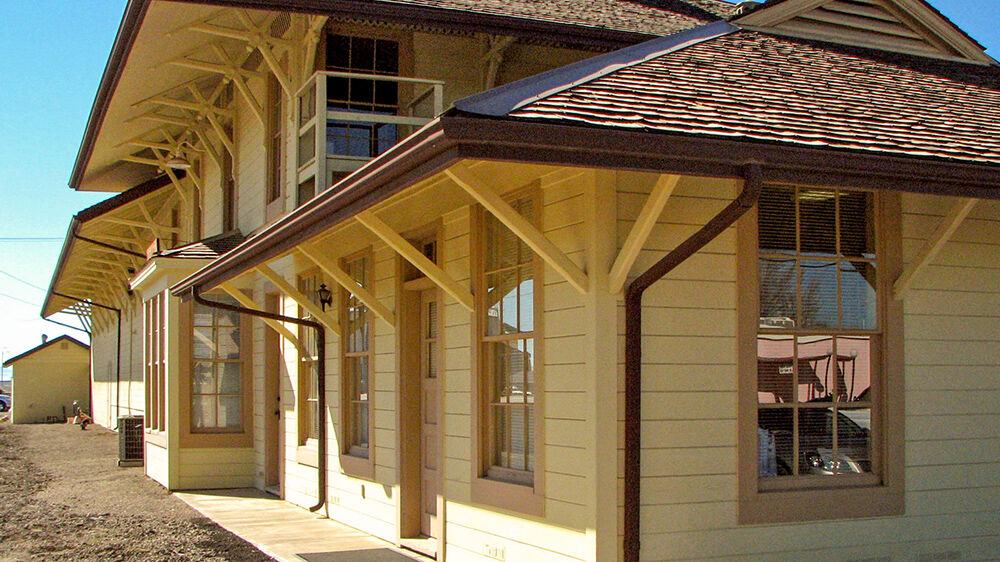 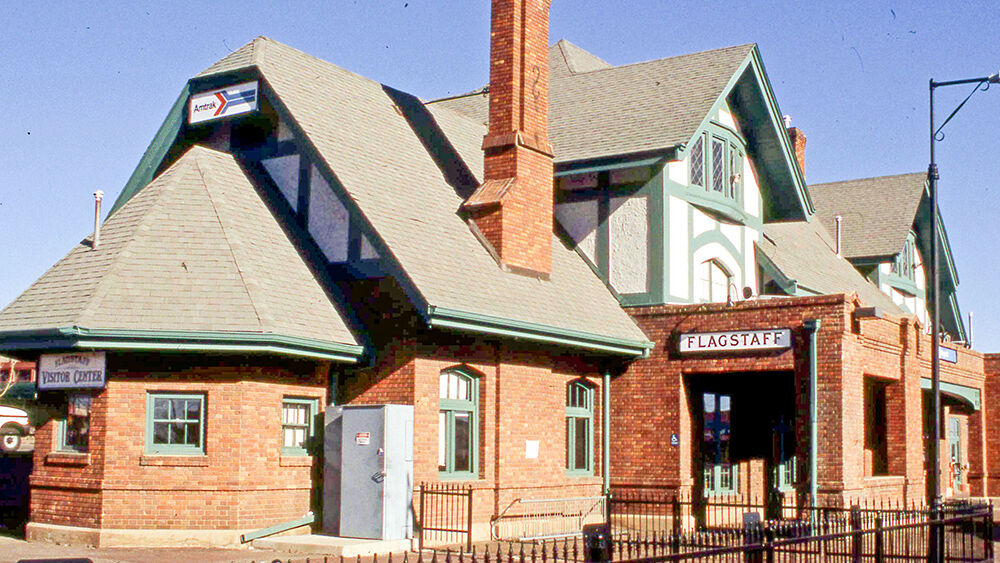 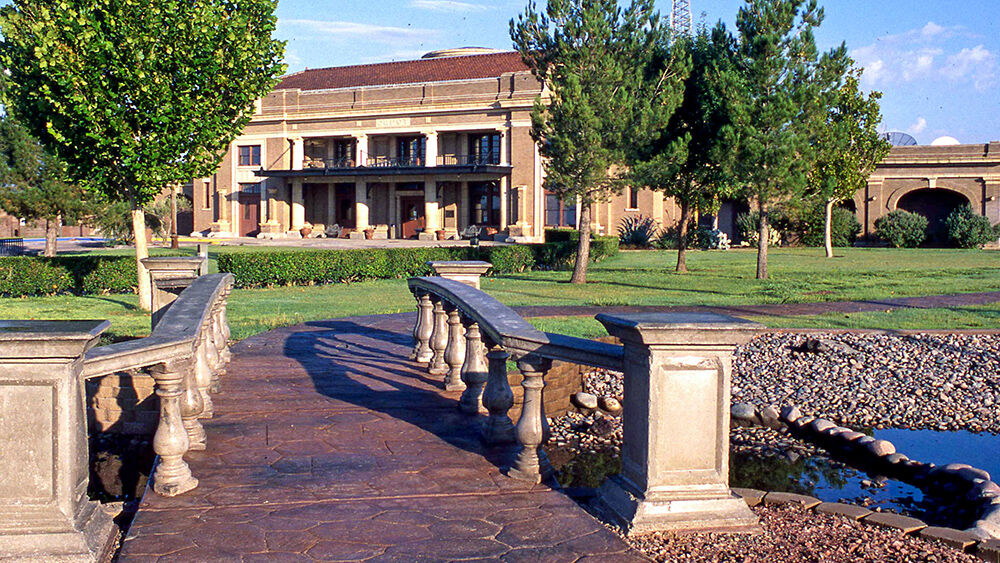 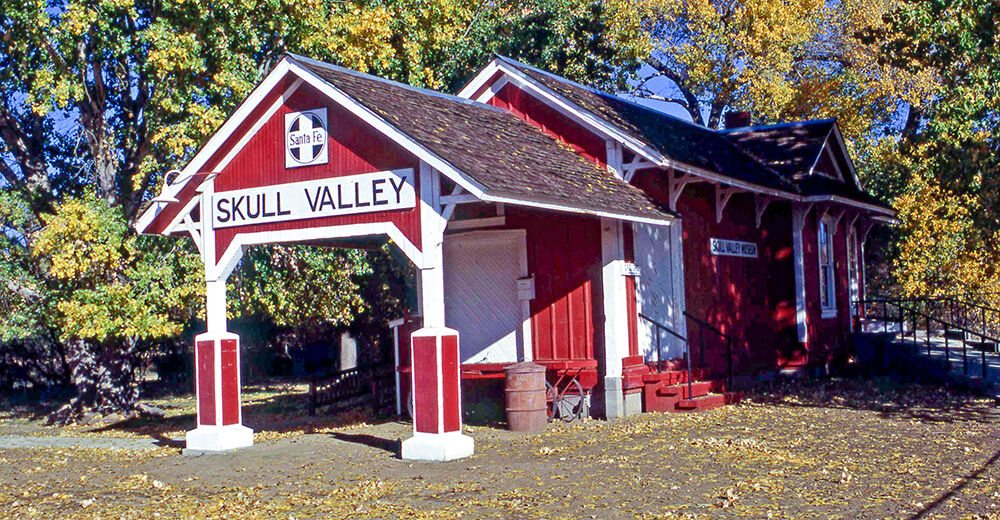 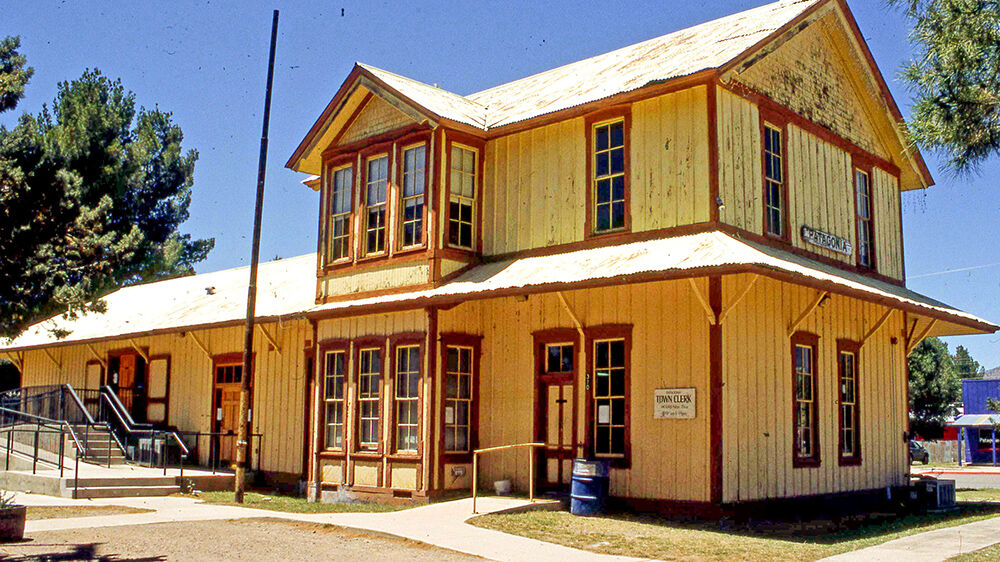 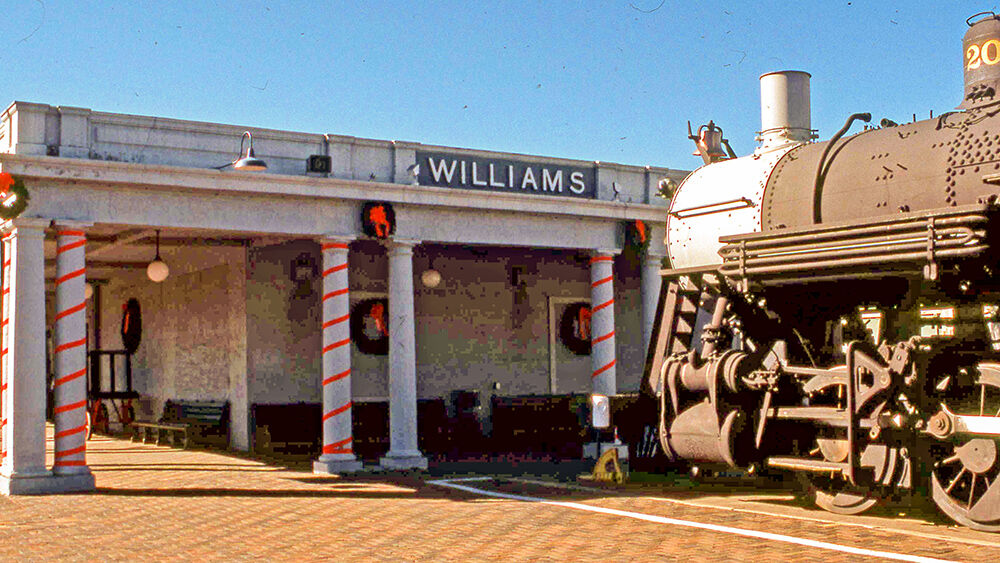 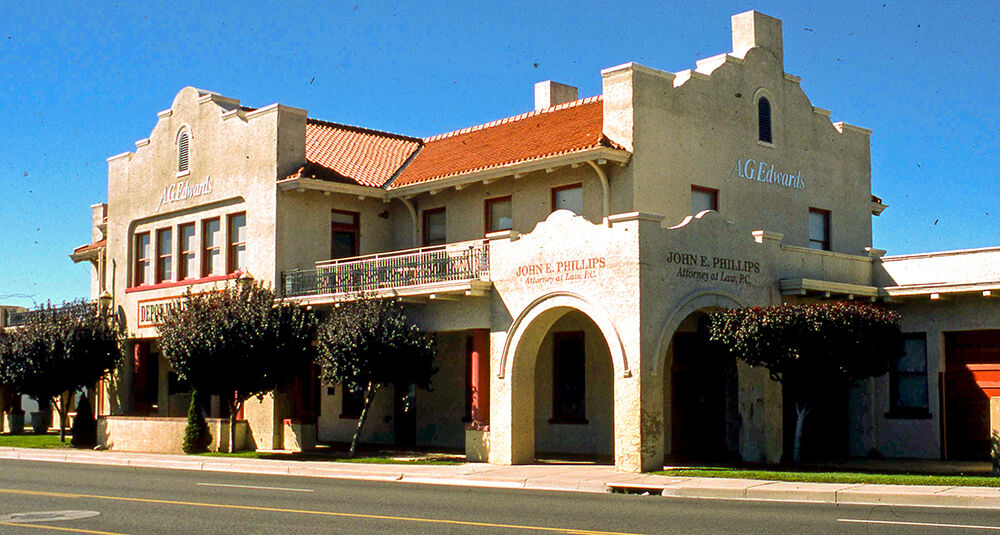 There was a time when the railroad depot was an exciting spot to visit. They were places where locomotives filled the air with steam and loud belching sounds, while strangers peered from the windows of passenger cars. They also had a lot of ambiance. The sound of the telegraph key, clicking messages that only a chosen few could understand. The fragrance of a special kind of cleaner that kept the hardwood floors shiny. The corrugated benches with arm rests strategically placed to discourage depot napping.

All these things are gone now, and for the most part, so are the depots themselves. Many were torn down when trains quit stopping in their towns. Some were moved to new locations or left in their original place and recycled, and some were abandoned.

Occasionally, an old depot continues to serve its original purpose, and in Arizona there are a few that have survived.

The Flagstaff depot is a classic example of mixed-use recycling. It sits along Route 66 and it’s one of the few depots left where people can actually buy a ticket for a real train ride as opposed to an excursion junket. Built in 1926, the Victorian Tudor style depot contained a general waiting area on one side and a women and children’s area that was segregated from the rest of the building. Currently, the Flagstaff Visitor Center occupies the old depot along with an Amtrak ticket office.

The Grand Canyon Depot was built in 1910 also by the Santa Fe RR. It’s a two-story log structure, one of three of its kind in the entire nation and the only one still in use. It is also on the National Register of Historic Places.

The original Douglas train station serves as an example of repurposing an old depot. The European-looking structure now serves as the city’s police station. The building is in its original location, but the tracks are gone. It was built in 1914 by the El Paso and Southwestern Railroad then abandoned when passenger service in Douglas ended.

One of the oldest depots in Arizona was salvaged by the citizens of Wickenburg and now serves the community in another role. The depot was built in 1895 and closed its passenger service in 1969. It was scheduled for demolition until the community raised $80,000 to acquire and restore it. Now it houses the Wickenburg Chamber of Commerce and Visitor Center and averages 35,000 visitors a year. The exterior is pretty much in its original form, although the loading dock had to be removed for safety reasons. But the wood from the dock was recycled into a large conference table now used by Chamber officials.

Prescott’s train depot was built in 1907 by the Santa Fe, Prescott and Phoenix Railroads – 21 years after the railroad arrived to the town. The Mission Revival building was last used for railroad purposes in 1988 before becoming home to a small shopping arcade. Today it’s filled with private offices.

Patagonia’s old train station was also repurposed and now serves as the town hall, housing a variety of offices as well as the town council chambers. The Southern Pacific Railroad built the depot around 1905, and it served as a rail facility until the early 1960s. The city eventually acquired it and refurbished it. The exterior still looks like a depot, but the interior looks like city offices.

The old depot in Willcox underwent a similar revival. When the Santa Fe discontinued passenger service, the building was scheduled for demolition until locals appealed and the railroad agreed to sell it to them for one dollar. But there was a hitch – it had to be moved off railroad property and that would cost about $40,000. No problem, said the residents. They raised the money, moved the depot and converted it into their city hall and a small museum.

While the aromas of train depots have drifted off and the telegraph clicks have faded into oblivion, some of these old depots – and the memories they contain – have survived.