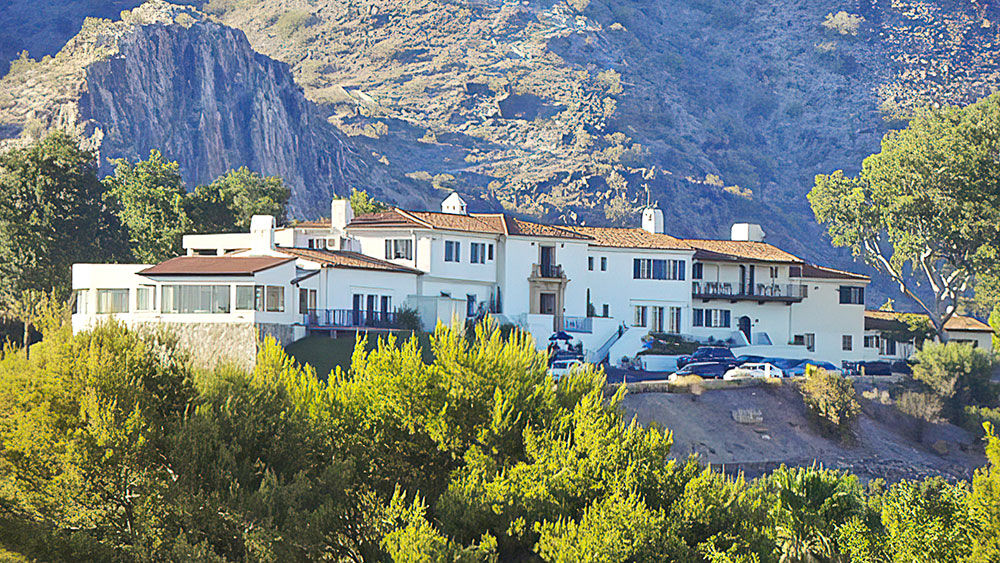 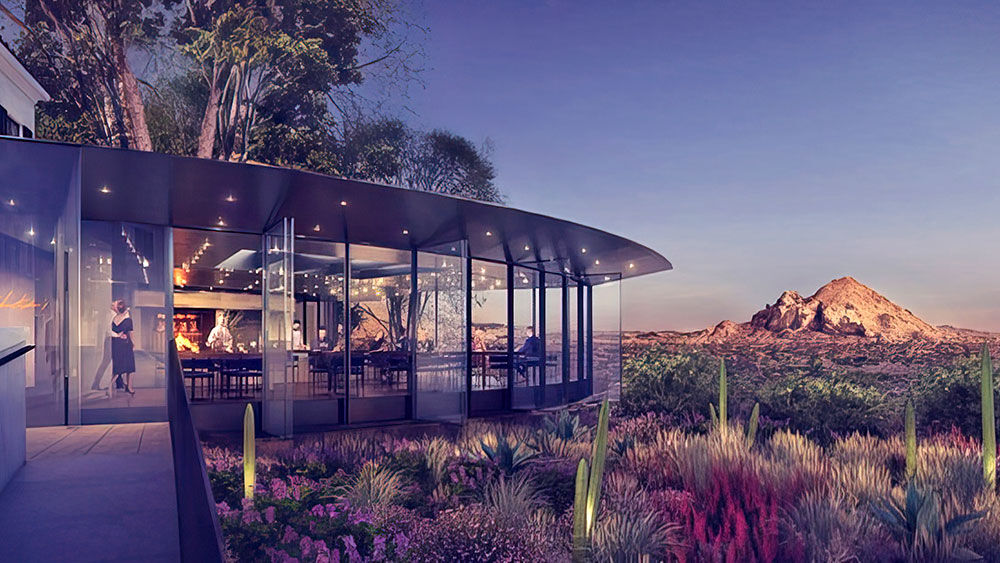 There is a magical mansion on a mountain overlooking Phoenix that is full of glamour and mystique. The Wrigley Mansion was built in 1932 by William Wrigley Jr. – the chewing gum magnate – and has become a Phoenix landmark. It was designed as a 50th wedding anniversary gift for Wrigley’s wife.

The mansion was quite the design feat and is still a work of art today. Wrigley’s family sold the home in 1973, and it changed hands several times over the next two decades. When it was teetering on demolition and rumors of condominiums started, the late Geordie Hormel and his wife, Jamie, swooped in to save it and restored it to its former elegance.

Geordie and Jamie fell in love with the property, and their intention was always to share its inherent magic with everyone. First and foremost, from almost any vantage point, guests have the most dramatic views in Phoenix, both of the mountains and the city below. All around the mansion are original and ornate details, paintings and subtle nods to the mansion’s first family. Black and white photos taken in 1973 hang throughout the rooms and the halls so guests can delve into the past and see how everything looked before the Wrigley family sold the home.

Guests can enjoy the mansion and take in the views in various ways – at Geordie’s Restaurant and Lounge, Jamie’s Wine Bar or Christopher’s at the Wrigley Mansion.

Since his first restaurant opened in the Biltmore area, some may already know of James Beard award-winning chef Christopher Gross. He has received multiple accolades, including Food and Wine’s Best New Chef, the Robert Mondavi Culinary Award and the coveted James Beard Award. He even cooked with Julia Child.

While classically trained, Christopher didn’t learn his craft in a classroom. Instead, he’s lived it with hands-on experiences that led him to where he is today. Christopher said that this is his dream restaurant, and after enjoying the eight-course tasting menu, guests might be dreaming of their next visit.

At Christopher’s, the experience starts when you enter the room. There are ten tables of two, and those tables each have drawers where your silverware is waiting. Guests might be amazed by the glass windows, where the view goes on forever.

Guests are also greeted with a French cocktail and, shortly after, a glass of champagne and some hors d’oeuvres. Artisan touches are everywhere – from the charger plates adorned with Christopher’s cartoons to commissioned bells from Arcosanti. Every guest leaves with a kitchen towel stamped C144. C, for chef or Christopher, and 144 equals 12 dozen or a “gross,” Christopher’s last name. A great meal and a great view equal out to a memory that guests can take home from the house that chewing gum built.

– Host and executive producer of Arizona HighwaysTelevision, Saturdays and Sundays on CBS.