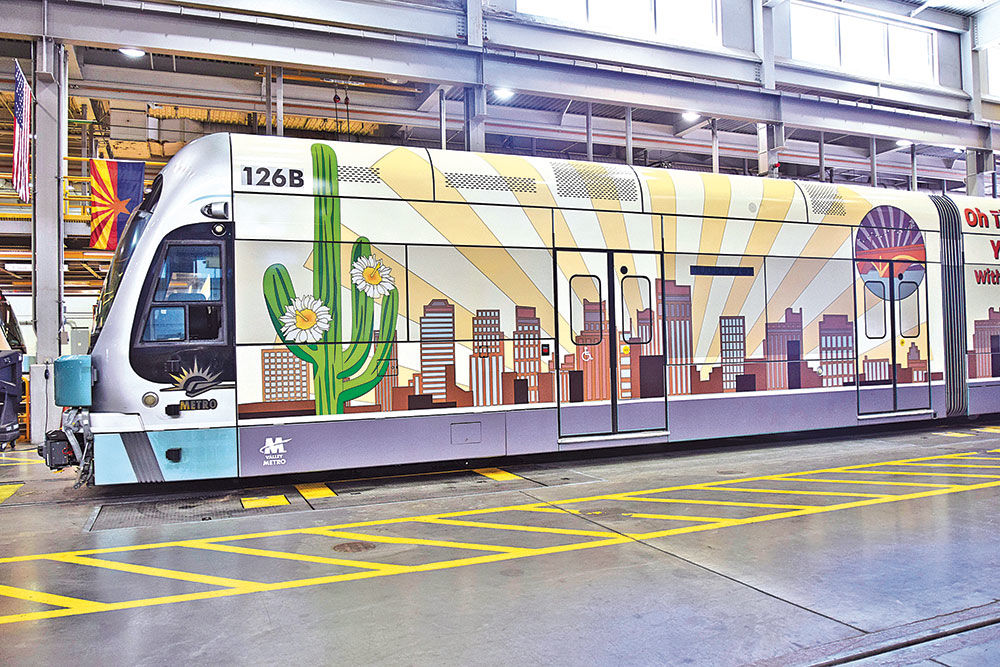 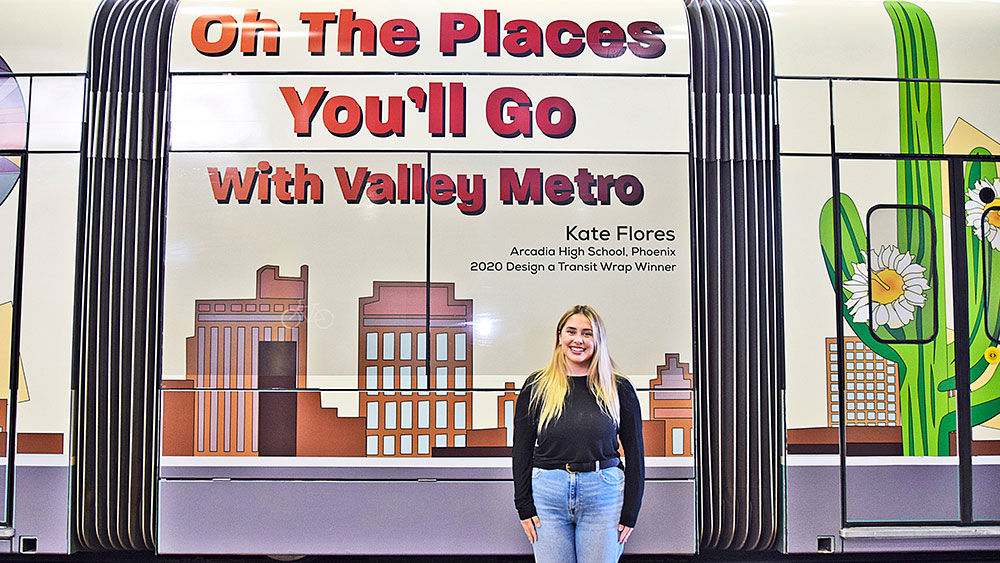 Kate Flores was inspired by Arizona scenery and used it to create the winning design.

Kate Flores was inspired by Arizona scenery and used it to create the winning design.

2020 has been a big year for Kate Flores. Not only did she graduate from Arcadia High School, but she was also named the winner of the Valley Metro Design a Transit Wrap Contest.

Now in its 20th year, the contest encourages high school students to use their creativity to produce artwork for buses and light rail trains.

Flores’ artwork and artistic talent impressed the judging panel, which was made up of educators, school administrators and representatives from local businesses and the arts community. Her design, titled Oh The Places You’ll Go With Valley Metro, earned her first place and her art will be featured on the bus and light rail train for one year.

Flores’ design resonated with judges because of the familiarity of the cityscape, the reference to the desert, and the landmarks of the Tempe Bridge and Camelback Mountain. “The rays are reminiscent of the Arizona state flag,” Phipps said.

The title of Flores’ artwork is a tribute to her senior year and moving on to college. She was inspired by her neighborhood and places like downtown Phoenix, Camelback and Mill Avenue.

“I came up with my design by looking at some of my favorite pictures of Arizona and past Valley Metro contest winners,” Flores said. “I wanted a design that showed different areas of Phoenix but also created a sense of unity between every individual spot.”

AHS graphic design teacher Dianna Cure urged Flores and the rest of her class to enter the contest. “I spent every day in class working on my design for about six weeks,” Flores said. “I worked on it during Advertising Art III, using Adobe Illustrator and Photoshop.”

Cure broke the big news of Flores’ win. “When she called me, I was super surprised and almost couldn’t believe it,” she said.

Flores began drawing when she was a child, and that has blossomed into a love for graphic design. She is thankful for the opportunity and Cure’s constant support.

“Winning the bus wrap was unreal, and I am so grateful I can share my work with everyone in Phoenix,” Flores said. “I really couldn’t have done any of it without Ms. Cure. She is constantly pushing me to be better and get out of my comfort zone. She’s an amazing teacher, and without her encouragement, winning the bus wrap wouldn’t have been possible.”

Flores plans to attend the University of Arizona in the fall. “I am looking into taking art classes in college and moving forward in graphic design,” Flores said. “I am so beyond excited to be a Wildcat and cannot wait to start the next four years.”