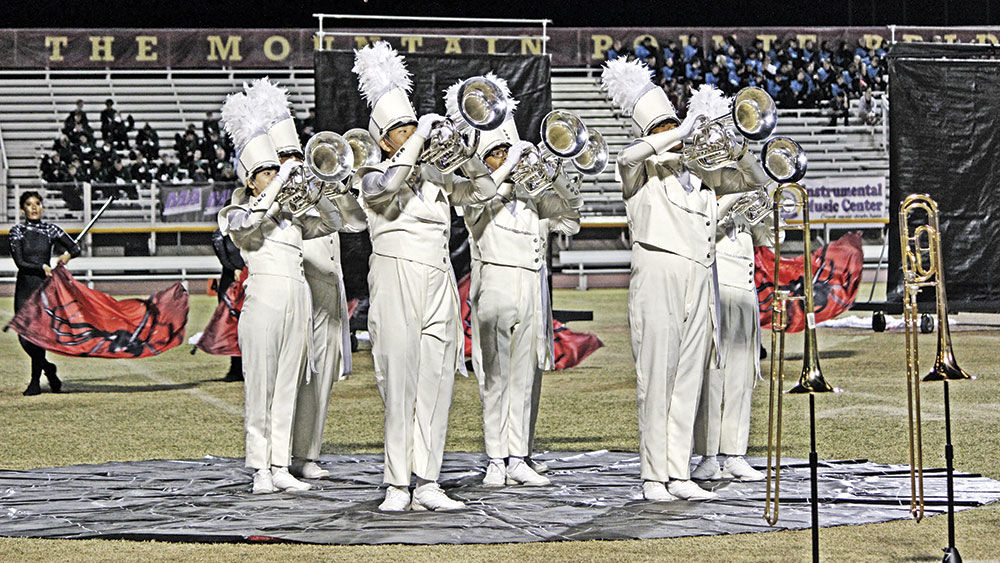 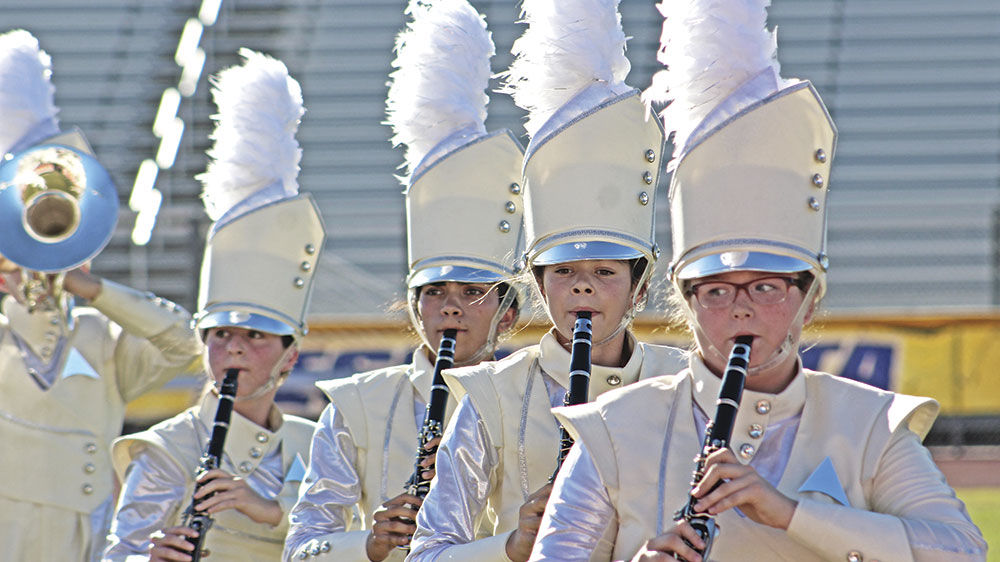 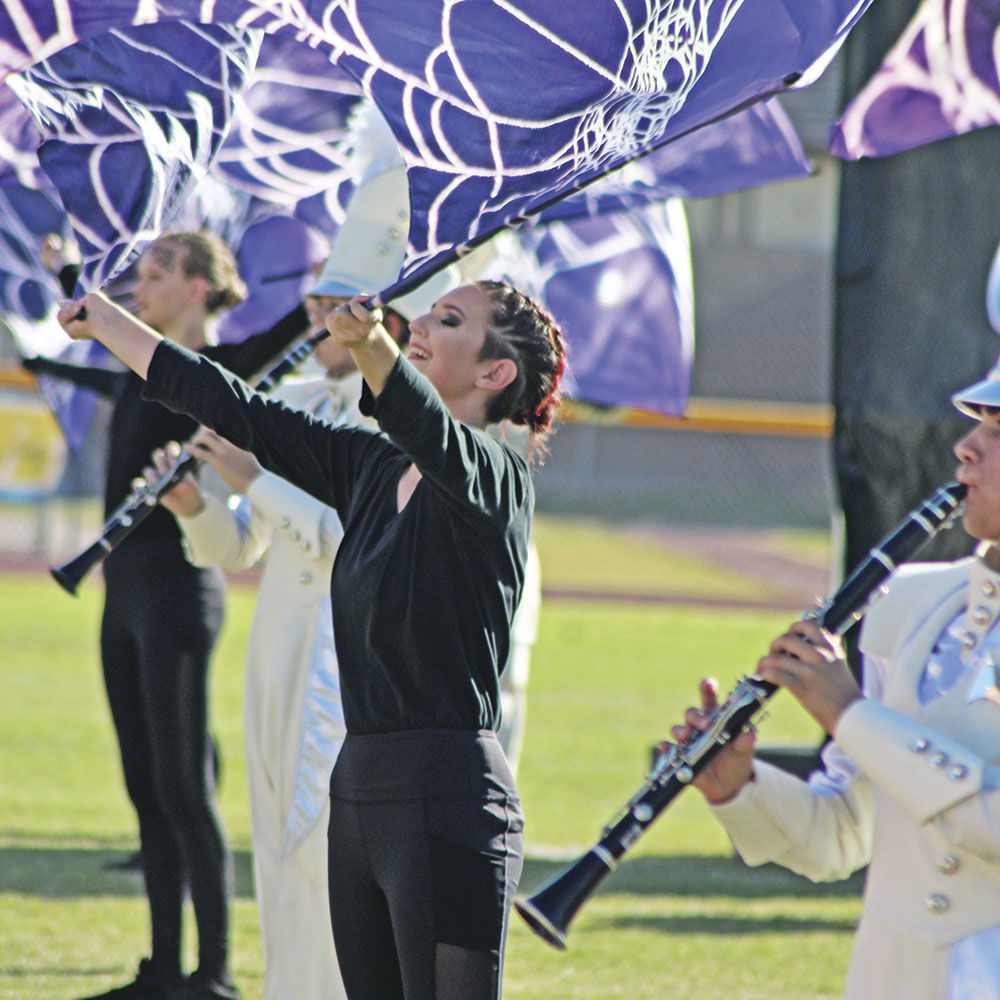 Photo courtesy of Jan Gardner
1 of 3

The Spirit of Arcadia Marching Band is on a three-year winning streak. In 2017 and 2018, the band won the Arizona Marching Band Association’s (AzMBA) state championship in the 2A division. This year they did it again, with their performance of Along Came a Spider, composed by Gary Gilroy.

Arcadia High School Band Director, Jan Gardner, described the winning performance as being directly inspired by the life cycle of the eight-legged creature.

“We took the idea of a spider and developed three parts to our performance: black widow, web and trapped. The music inspired the visual components and the movements.”

The hard work and creative presentation of the composition garnered an even more prestigious award from the organization when the band won its first Grand Championship title in the 1A/2A division.

Earlier in the season, the band made a clean sweep of special caption awards for Outstanding Music, General Effect, Visual, Color Guard and Percussion at the Sunrise Mountain Invitational, where it also had a first-place win out of seven bands in its division.

When the group participated in the Marching Band Exhibition in early November at Chaparral High School, they were in high spirits thinking about how they would go to the state championship later that month.

Gardner said all 58 band members work hard to excel, including those in the Color Guard, like Captain Trevor Tinsley. The Color Guard helps to enhance the band performance with costumes, choreography and flags. Gardner added that Drum Major Lainey Durschlag conducts the band with precision and expertise.

Lainey and Trevor are both seniors and have been a part of the group all four years at Arcadia.

“When I lead the performances, I feel proud of my band,” says Lainey. “One of my favorite parts about being the drum major is that I get to watch our performances as they happen. Seeing our hard work pay off at the AzMBA Championships and Grand Championships was an amazing experience.”

The band members get to connect with other students while playing their parts and putting together award-winning performances.

“My favorite part about being in band is performing all across Arizona, alongside my band family. I spend countless hours rehearsing with these people, and it really brings us together in a way that not much else does,” says senior tuba player Nick Stevens.

“The band always pushes us to be our best. You’ve always got to push to improve. It has definitely pushed me mentally and physically. I have developed a self-discipline that I can apply to other areas of life, such as a career, to always be achieving at a high level, in and out of band.”