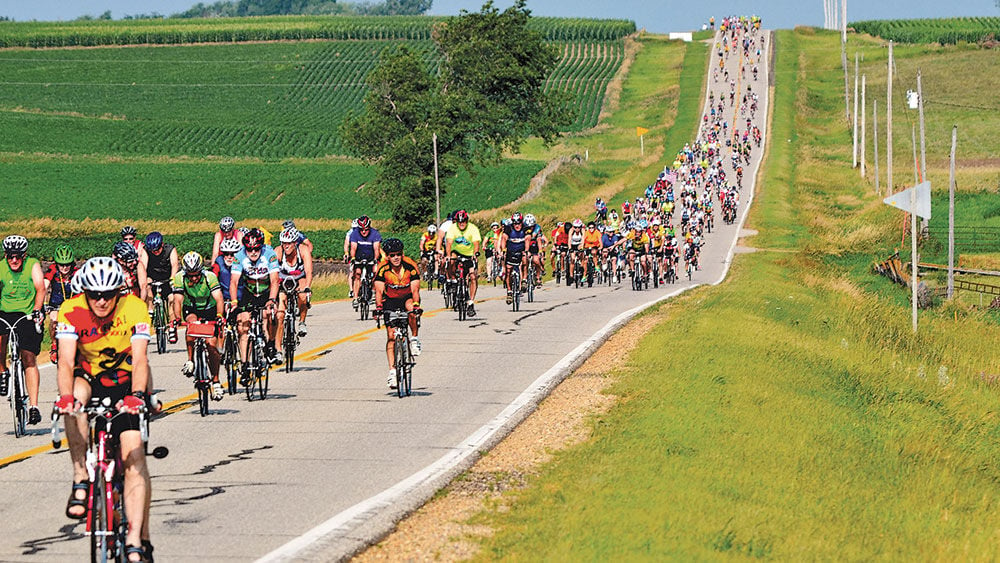 Over 15,000 riders participated this year. 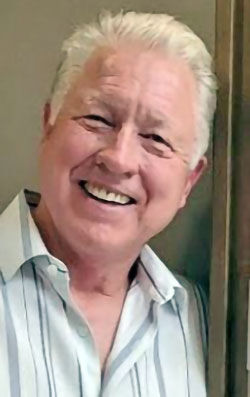 It’s the birthplace of sliced bread, the nation’s top producer of corn and for a week in July, the state of Iowa is the home of the annual RAGBRAI event.

Arcadia resident and avid bike-rider Philip Miller joined thousands of others for this year’s Register’s Annual Great Bicycle Race Across Iowa, or RAGBRAI. This is his second time participating in the race. [see our November 2013 issue for Philip’s first excursion.]

Since 1973, biking aficionados have spent a week in Iowa every July, riding their bicycles from the state’s western border, along the Missouri River, to its eastern edge, along the Mississippi River. They follow a pre-determined route, which changes every year, usually 40 to 80 miles per day and have a lot of fun along the way.

The event, which encompassed 454 miles this year, is sponsored by the Des Moines Register. It started as a challenge between two staff reporters and has grown to attract cycling enthusiasts worldwide. This year, more than 15,000 bikers participated.

Iowa’s humidity and hot July temperatures made this year’s ride even more challenging.

“I’m used to the heat,” Philip said, “But wow, that humidity!” A former Iowan, Philip has dried out in Arizona.

Philip and his wife, Tessa, along with their rescue dog Sprinkles, have just completed this year’s RAGBRAI, with Philip riding his Trek bike while Tessa and Sprinkles drove ahead of the pack to find a suitable spot for Elsie, their 35-foot Class A motor home. They’ve traveled in Elsie since 2013, when they bought the rig over the internet.

“Our four children have all grown and left the nest,” Tessa explained. That left them with fewer household chores and provided them with more free time.

This year’s RAGBRAI event was one stop on their journey as they traveled throughout the country for 11 weeks.

“We just think this is the perfect way to see the whole country up close,” Tessa said. The couple expects to return to Arcadia by September 10.

“I’ve lost a couple of bikes to accidents while riding in Arcadia,” Philip said. One accident broke part of his hip; the other, he went through the windshield of a car. In both incidents, the bicycle was ruined.

“The RAGBRAI eliminates apprehension most bikers experience when they venture out on public streets and highways,” Philip said.

To keep the route free from motor vehicles, each week-long participant pays a fee, which helps with permits, signs, pylons and other elements to keep the event safe.

Besides the exercise, the event, which Philip calls “a party on wheels,” also serves as a way to make new friends.

“Each participant’s bike has a little tag hanging under its seat with vital information like names, addresses, occupations, and so on,” he said. “So, each biker can scan those tags, maybe find someone from their home state, and strike up a conversation. Many folks make lasting friendships that way.”

Philip, who describes himself as “semi-retired,” conducts business from his computer and cell phone between each leg of the journey. He uses an exercise bike at his home to get in shape for his cycling adventures.

The pair are quick to caution those who may be inspired to try the RAGBRAI challenge that an event of that complexity requires at least a year’s planning.

“You have to make reservations at motels and campgrounds that much in advance,” Tessa said. That is due to the race’s popularity and also the increasing popularity of RV travel.

Philip and Tessa may do another RAGBRAI event “in five years or so,” but they’ve already decided on a new adventure for 2022 – a hiking tour of Machu Picchu in Peru.