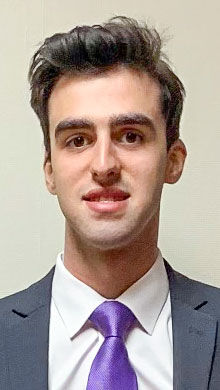 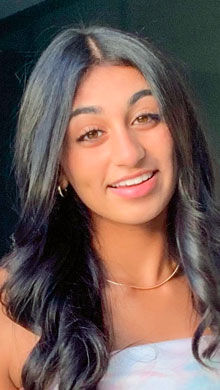 Michael Bendok and Sanya Somani will begin the next chapter of their lives on a high note after being recognized by the City of Phoenix for their contributions to the local community.

Bendok and Somani were named Council District 6 winners in the Outstanding Young Man and Young Woman of the Year program. Along with 16 other high schoolers from around the Valley, the two Phoenix Country Day School students were acknowledged in a virtual celebration in May and each received a $500 scholarship.

The yearly program recognizes students who have demonstrated exceptional talent and drive and who have conducted positive youth-led projects. Bendok and Somani both said they were pleased with this acknowledgment after years of hard work and serving the community.

Bendok co-founded Kidz 4 Causes, which raises money for rare disease research. In its first four years, the nonprofit raised $170,000 to study rare disorders, and now it is focused on relief efforts and underprivileged students.

Bendok was also a part of the Arizona Governor’s Youth Commission and put together a plan for his school to build solar panels to save $4 million in energy costs over 25 years. His interest in solar energy also inspired his project at The Georgetown Global Business Program in 2019. He built a blueprint for a solar panel construction project in the Middle East and Africa.

“Giving back means helping individuals who do not have the resources or tools to help themselves and using privilege as a leverage to aid others instead of just yourself,” Bendok said.

The recent PCDS graduate is spending his summer interning at FCG Solar before heading off to Stanford to study energy resources engineering and management science.

While Somani finds purpose in bettering the lives of people around her, she said it was great to receive recognition for her service.

“I was overjoyed when I found out I won the City of Phoenix Outstanding Young Woman Award,” Somani said. “I had no idea Michael was also in the running, so when I found out we had both won, I was very excited for us.”

Heading into her sophomore year, Somani looks forward to meaningful work with HealthForHER and traveling and exploring different cultures around the world.

“My goal for the future is to become a successful, independent woman who can support her family and friends while continuing to make an impact in our society through my passion for social advocacy,” Somani said.