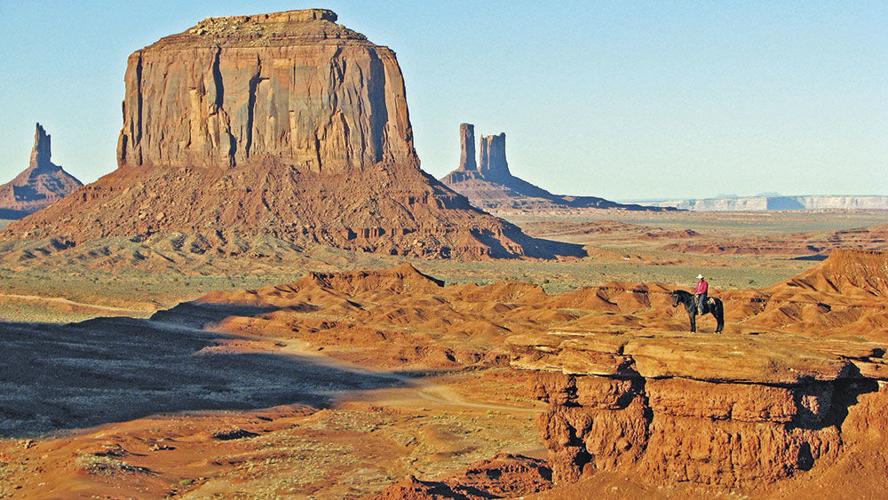 Monument Valley is an iconic backdrop for some of Hollywood’s most famous Western films. 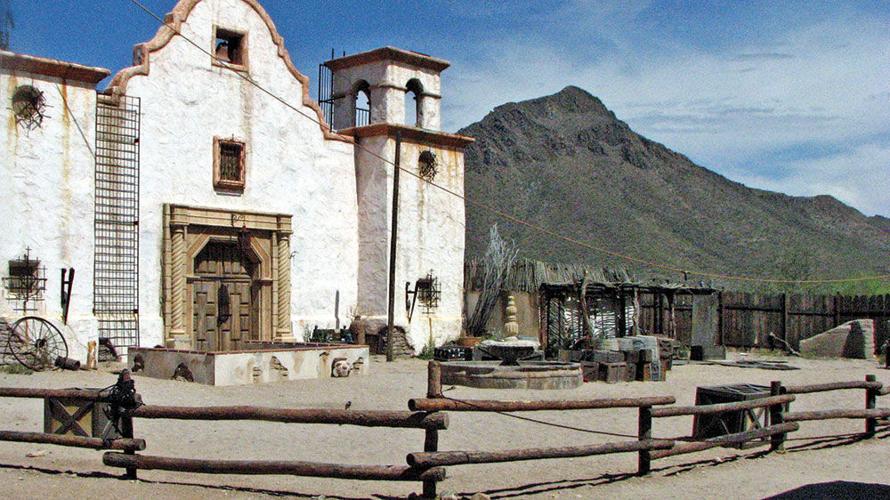 Monument Valley is an iconic backdrop for some of Hollywood’s most famous Western films.

If they ever make a film about making movies in Arizona, Arcadia will have a brief cameo appearance.

Arizona was just barely a state when the film industry discovered its potential as a movie location. In 1912, a western entitled The Sleeper was filmed near Sedona. Since then, more than 800 full-length features have used the state as a location.

Arizona has been used as a substitute for Oklahoma in Oklahoma, the Middle East in The Kingdom, North Africa in Beau Geste, India in Gunga Din, China in The Mountain Road, Texas in Duel in the Sun and a futuristic earth in Planet of the Apes.

But it wasn’t until the early 1940s that Arcadia got its shot at stardom.

In 1939, Salvatore Cudia, an Italian immigrant, founded Cudia City as a movie studio near Camelback Road and 40th Street. The studio produced films such as Phantom Pinto and Buzzie Rides the Range. Cudia erected a fake saloon, church and hitching posts, and originally planned to make 12 movies but had only completed four when World War II stopped production.

After the war, it became the location for Red Ryder films and about 80 episodes of the television series 26 Men. At the time, Camelback Road ended at 40th Street and the studio was located on a dusty lot on what was then the outskirts of Phoenix.

However, the expanding city and new laws prohibiting outdoor filming halted the enterprise, and the studio was forced to close. Cudia turned his shuttered studio into a tourist attraction with a restaurant and resort. The restaurant was lauded by such critics as Dorothy Kilgallen and Duncan Hines. The resort offered guests “a true Hollywood experience” as they wined and dined on the old movie set.

He also allowed a church to hold services in his fake saloon. The congregation met regularly, but only after hanging a sheet over the painting of a nude that hung behind the bar.

A major fire in 1967 destroyed all the buildings, and Cudia eventually sold the property to developers who converted it into the present Cudia City Estates. Cudia lived there until his death in 1971 at age 83.

Many movies with Arizona ties have become classics. Among them, Alfred Hitchcock’s Psycho, John Ford’s Stagecoach and Joshua Logan’s Bus Stop. The original Superman, Christopher Reeve, flew over the Grand Canyon. Elvis Presley made Charro in Apache Junction and William Shatner fought giant arachnids in Kingdom of the Spiders in Camp Verde.

John Wayne almost became a permanent fixture in Arizona. Besides Stagecoach, he starred in at least 14 other movies that were filmed, all or in part, in the state.

Old Tucson quickly became a prime location for film crews. Since it opened in 1940, there have been more than 170 major movies filmed there, including Gunfight at the OK Corral and The Bells of St. Mary’s.

Several other studios also entered the industry. Apacheland opened in Apache Junction in 1959, and the Graham Movie Studio started up in Carefree in 1968. Neither lasted. But in 1968, Old Tucson owner Bob Shelton purchased Mescal, a film lot north of Benson, and it has become a setting for more realistic and edgier westerns such as Tombstone and The Outlaw Josey Wales.

Metro Phoenix has also become a star, with such movies as Bus Stop, The Gauntlet, Psycho and Used Cars on its resume. Other movies filmed in the Valley that didn’t quite achieve full stardom include Harley Davidson and the Marlboro Man, Bad Girls from Mars, Unholy Matrimony, The Gumball Rally, and Gila Monsters Meet.

Sedona was the location for Broken Arrow, The Rounders, The Karate Kid, National Lampoon’s Vacation and a long list of others. Prescott has made at least 40 appearances on the silver screen (Billy Jack, Easy Rider, Bless the Beasts and the Children and The Cactus Kid.).

And Flagstaff is also a veteran location for movies, starting with a 1923 flick named The Johnson Family Vacation. Since then, the city has appeared in such cinematic efforts as The Quick and the Dead (1984 version), A Man Called Horse and Little Miss Sunshine.

At least 30 other Arizona locales have played major or minor roles in the movies. They range from Globe (Great White Hope) to Mission San Xavier del Bac (Mask of Zorro) to Gila Bend (The Man Who Loved Cat Dancing) to Oatman (How the West Was Won).

Grand Canyon’s many credits include Thelma and Louise, Canyon de Chelly appeared in Contact, and Monument Valley showed up in Fort Apache, among others.