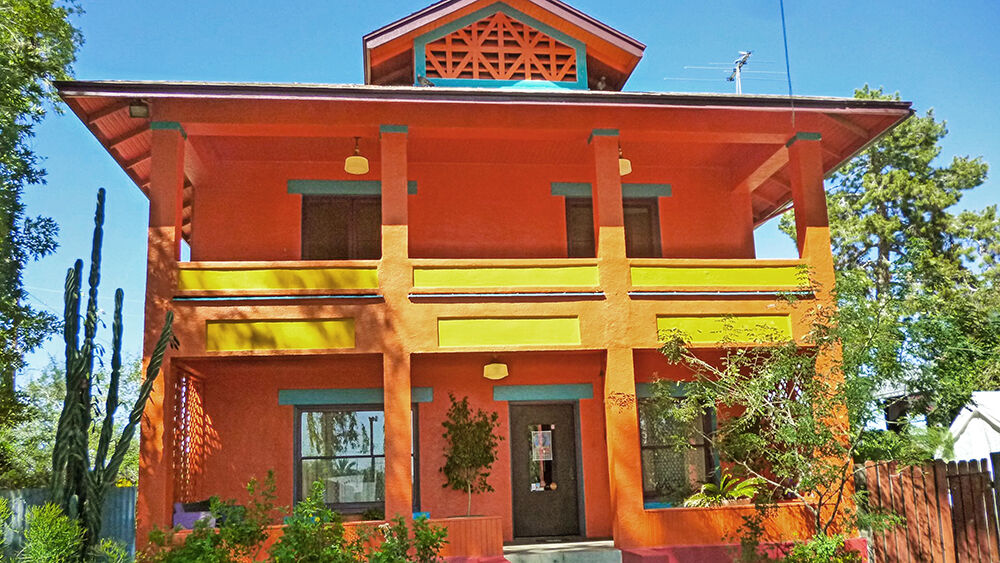 Executive Director Dana Johnson said that perseverance and dedication have contributed to the success of Alwun House. 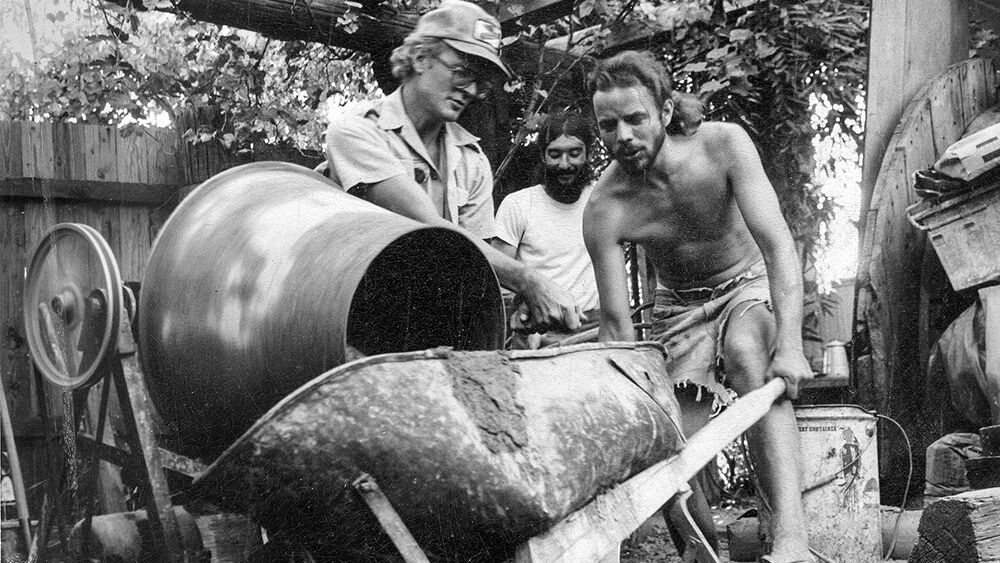 Co-founders Kim Moody and Larry Vanderbeek with Tom Houlon at the renovation.

Executive Director Dana Johnson said that perseverance and dedication have contributed to the success of Alwun House.

Co-founders Kim Moody and Larry Vanderbeek with Tom Houlon at the renovation.

Downtown Phoenix’s first art gallery – the Alwun House – has been a mainstay for Phoenix artists and activists for five decades. The art space is known for its many annual events like The Exotic Art Show, Salon des Enfants (a youth art show) and the Halloween Monster Ball. What isn’t as well known about the Alwun House is how it came to be.

The Alwun House building was erected in 1912 at 12th St. and Roosevelt in the Garfield Heights neighborhood. The manor-style home originally sat on five acres overlooking alfalfa fields. The home’s nickname was “Sedler’s House,” after the property’s original owner and builder, John Sedler.

Its architectural style and scale are somewhat of a hybrid between a classic bungalow and a colonial mission.

Co-founders and life partners Kim Moody and Larry Vanderbeek purchased the property in 1971 with a VA loan for $11,000. Moody reportedly started dreaming of a collaborative space for artists when he returned to Arizona after a short stint in Los Angeles as an arts reporter.

The founding team spent 10 years renovating the house and grounds. The ground floor became an art gallery, the basement a theater, and the backyard a performance art space. According to Moody, the house’s name is a play on “all one,” as in all people coming together in the name of art.

In the early 1980s, Dana Johnson joined the team and brought structure to its free-flowing attitude. During this time, the Alwun House was one of the only places in Phoenix showcasing reggae music and community activism events.

In 1993, the house was listed on the Arizona State Historic Preservation Office’s Inventory of Historic Properties. In 2005, the City of Phoenix placed it on their list of registered historic properties.

The Alwun House’s transformative spirit has crept beyond property lines and into the neighborhood and surrounding communities. Moody and Johnson have been heavily involved in the restoration of the Garfield neighborhood in Phoenix.

In 2019, they revealed plans to build a Green Art Park on the property behind the art space, which will be used for more family-focused events.

Despite the park’s construction, the Alwun House still has a busy 2021 planned. They will be hosting the Garfield Yard Sale, their annual Halloween party and dozens of other shows along the way. Celebrations for the art space’s 50th anniversary will begin in the fall.