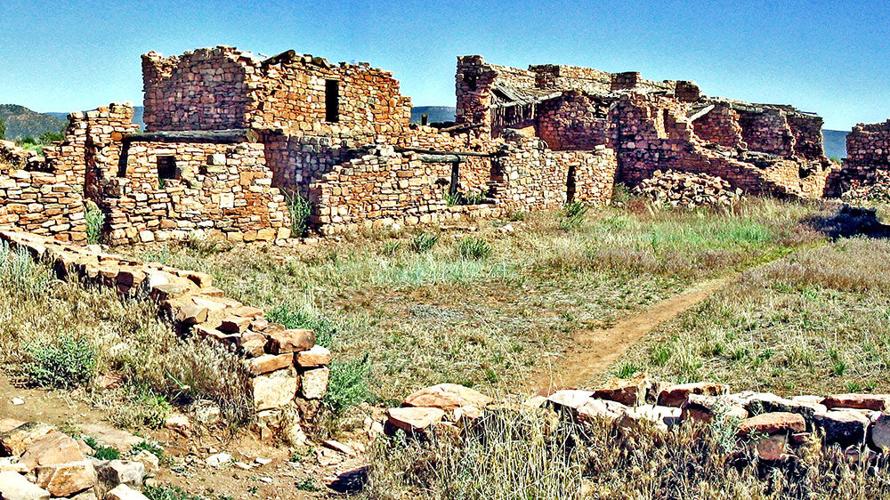 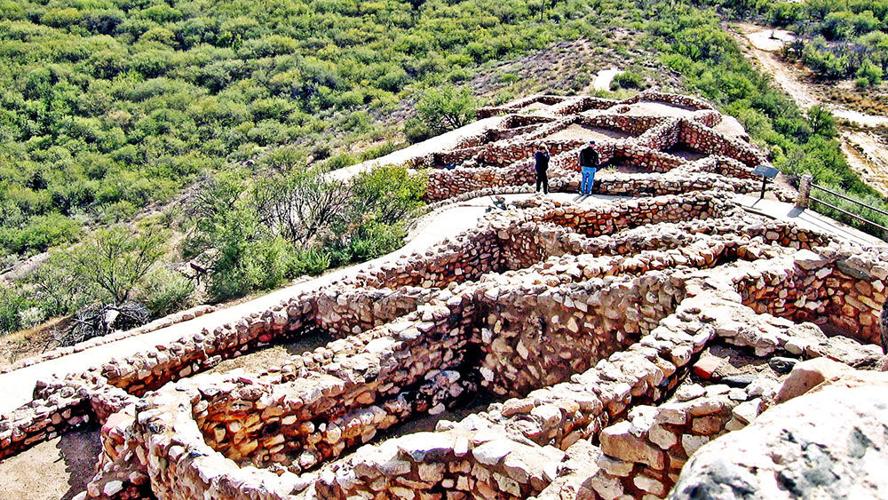 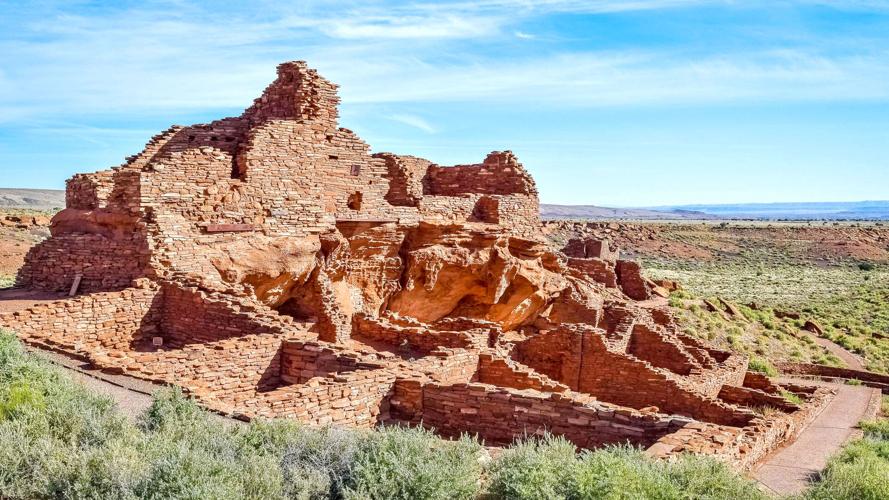 Arizona’s Native American ruins are among the most picturesque in the country. Over the years, hundreds of thousands have visited their sites, staring in awe at what these builders were able to construct, and left wondering what happened to those who once lived there. Among them are my three favorites, selected for their historical significance as well as their wonderful names:

Wupatki, which means “tall house” in Hopi, is a multistory Sinagua pueblo dwelling that people had inhabited since around 500 A.D. It became a site of a significant population influx after Sunset Crater erupted in the 11th century. The eruption blanketed the area with volcanic ash, which gave the soil the ability to retain water, making it an agricultural site for a limited time.

Wupatki was composed of about 100 rooms, including a community room, a ball court and an unusual “blowhole,” a crevice in the Earth’s crust that sucks air in and blows it out upon certain weather conditions. The dwelling’s walls were made of thin, flat blocks of sandstone, held together with an early form of mortar so strong that many of the walls still stand. Studies indicate that 2,000 people moved into the area after the eruption, and about 100 of them lived at the pueblo, which was the largest building for at least 50 miles. By 1225, it was permanently abandoned.

The site was left unattended for centuries, ravaged by elements, herdsmen, pot hunters and curio seekers. Concern over looting led to its protection as a national monument in 1924. Wupatki is located 30 miles northeast of Flagstaff off U.S. Highway 89.

Tuzigoot takes its name from an Apache word meaning “crooked water.” It’s the remnant of a Sinagua village built between 1125 and 1400 A.D. The original pueblo was two stories high in places, but most of the rooms were on the ground floor. Archaeologists speculate that the building grew without any specific floor plans; newcomers added rooms as necessary. The ruins contain very few doors because the inhabitants used ladders to access the roofs’ trapdoor openings to enter each room. The walls were limestone and sandstone; the roof supports were juniper, pine and cottonwood logs taken from the surrounding valley.

Tuzigoot was at its peak as a popular place to locate in the 1300s. According to archaeological estimates, the building contained 86 rooms on the lower level and possibly another 15 on the second, making it home to about 225 people. The site was excavated from 1933 to 1935 and opened to the public in 1936. Three years later, it was designated a national monument. It is located off Highway 279, just east of Clarkdale.

Experts now theorize that residents of Tuzigoot and Wupatki moved into pueblos to the north after leaving the sites.

Kinishba, located about 5,000 feet above sea level on the Fort Apache Indian Reservation, is the least restored of my three favorites. After a limited restoration in 2007, the ruins have been left pretty much alone. Some of the walls have tumbled under the weight of time. The pueblo was composed of several major buildings that have been reduced to mere mounds. The remains of the structure show it may have originally been three stories tall. Now it is braced against further deterioration. Despite that, a sort of mystic serenity abounds as visitors tour the grounds.

Estimates suggest the pueblo was built and inhabited from the 12th to 14th centuries when population figures soared in the Mogollon Rim area. The site contained two large apartment blocks, several smaller buildings, a kiva and communal courtyards. While it flourished, Kinishba may have been occupied by as many as 1,500 people.

The walls are unique and double-sided; one side was faced with native stone, the other with rubble picked from the surrounding area. Five original underground rooms were later filled in, and a sizeable above-ground room was erected on the site. Kinishba, a National Historic Landmark, is located a short distance west of Fort Apache.

Access to all three sites is relatively easy, and there are entry fees for each.