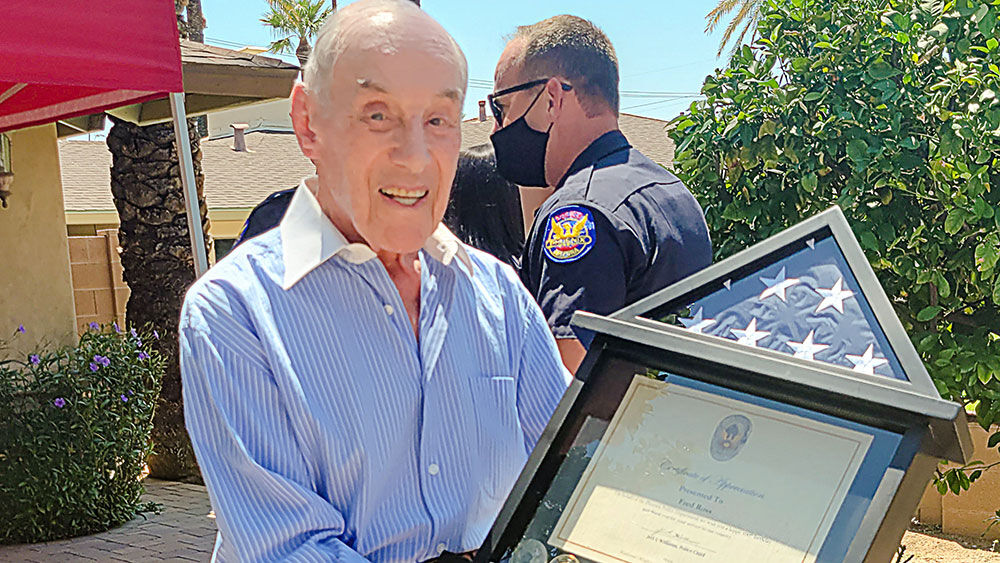 Fred’s family, members of the Phoenix Police Department and a Naval officer helped him celebrate his 100th birthday, where he was awarded a plaque honoring his service. 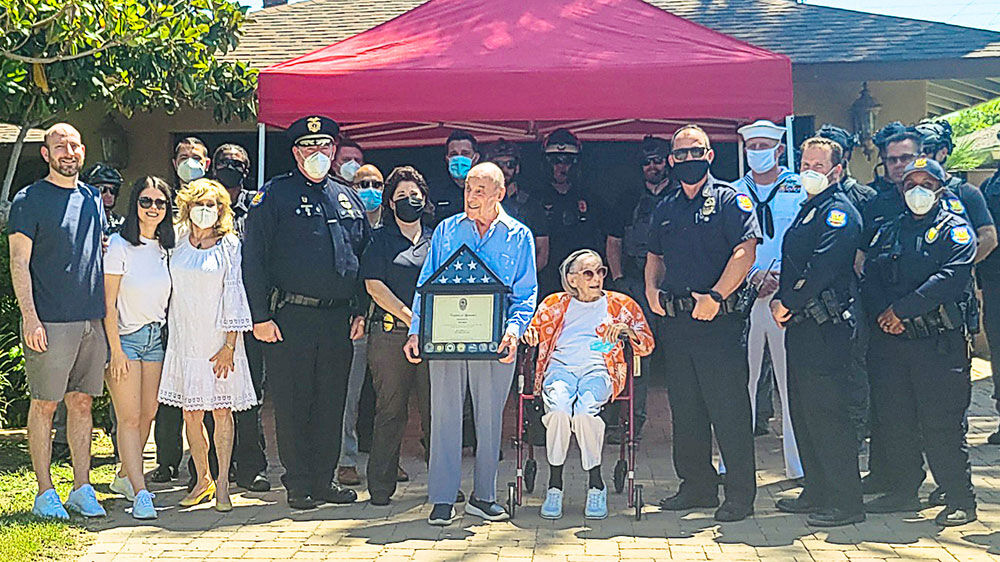 Fred’s family, members of the Phoenix Police Department and a Naval officer helped him celebrate his 100th birthday, where he was awarded a plaque honoring his service.

In April 2020, Arcadia News wrote a piece about Fred and Nita Ross. Part of what made their story interesting was their ages – 99 and 95, respectively – and the fact that they’ve been together for almost 70 years.

Fred has made the headlines again this year as he recently celebrated his 100th birthday. The celebration was seen and heard throughout their neighborhood (and beyond), with family members and neighbors joining the commotion in the form of a birthday parade worthy of a king.

Aside from his family and friends, guests included the Phoenix Police Department, a United States Naval officer, the Phoenix SWAT team in full tactical gear with their vehicle, and an ice cream truck. A Phoenix PD helicopter flew overhead and wished Fred a happy birthday through their PA system.

“I was speechless, which never happens,” Fred laughed. “I was overwhelmed with graciousness for everyone who came out. I don’t know what it feels like to be 100, but right now, I feel great.”

The police department’s executive team presented Fred with a plaque celebrating his 100th birthday and thanked him for his Naval service.

There were balloons, ice cream, well wishes and even a few tears. It’s safe to say this is a birthday Fred will continue to hold near and dear to his heart.