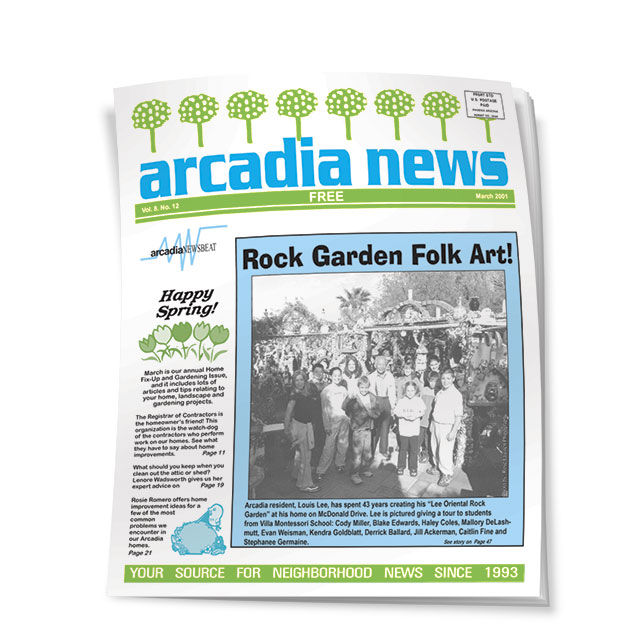 Arcadia Rock Garden creator Louis Lee was featured on the May 2001 cover of Arcadia News. 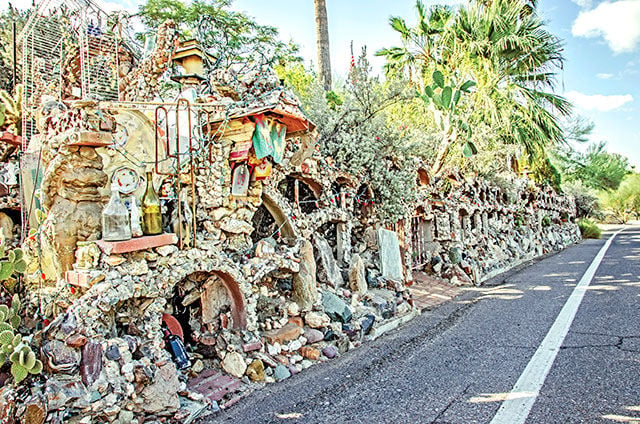 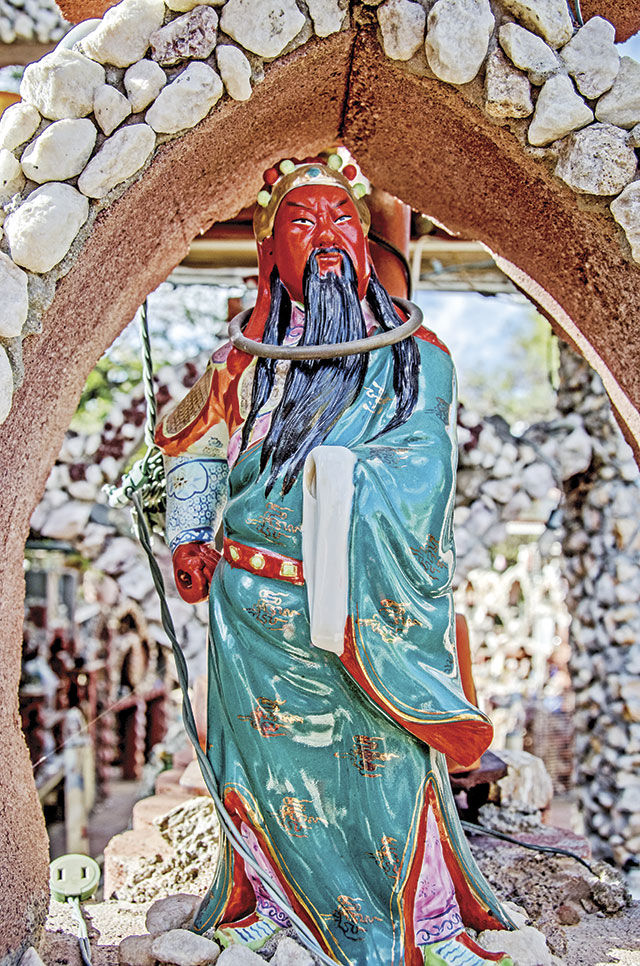 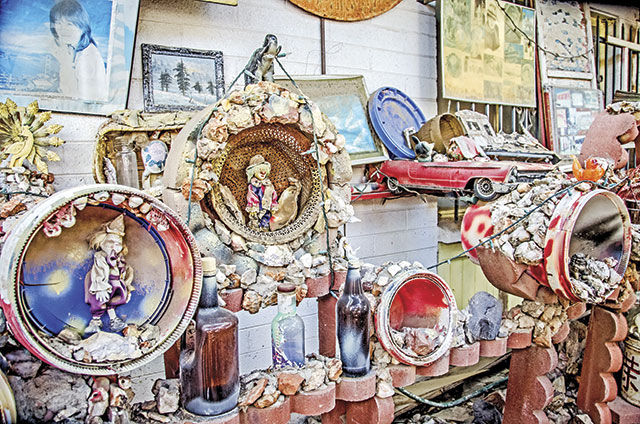 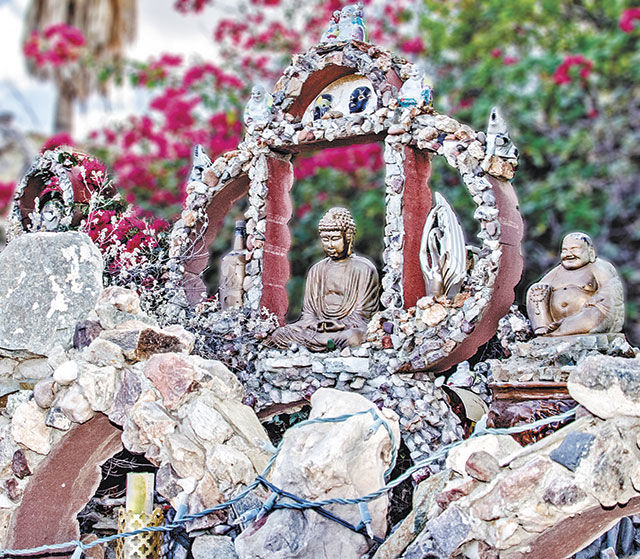 to his father’s concrete garden, but plans on keeping it as a tribute.

Arcadia Rock Garden creator Louis Lee was featured on the May 2001 cover of Arcadia News.

On the border of Phoenix and Paradise Valley, nestled between Barry Goldwater and Walker McCune’s properties, you’ll find a front yard that is unlike any other in the area. This yard does not boast a manicured lawn or beautiful rose bushes; no, this lawn was built from the ground up using concrete and rocks, and has become Louis Lee’s legacy.

Louis truly lived the American dream. He was sent to America from China at the age of 13. He learned to speak English, went to school, was drafted in WWII, lived in Seattle and New York, got married and finally settled in Arizona, where he built the house his family still lives in today.

The house was completed in 1958, and Louis decided that he wanted a front yard requiring minimal maintenance.

The rock garden started with a pond and grew from there. Eventually, Louis decided to build over the pond and expand the garden to the rest of the yard.

“The garden was built day-to-day. He didn’t have plans or a sketch; the plan was all in his head,” said Errol Lee, Louis’ son, who still lives on the property.

The garden is built from rocks and concrete, but that’s not all. There are hundreds and hundreds of different knick-knacks, photos and trinkets placed throughout the garden’s walls.

“The garden has an Asian theme, of course, being from China. But he placed anything he found of interest in the garden as well,” Errol said.

Whenever the family would go out to visit San Francisco and the Bay Area, Louis would head to Chinatown stores and find chipped pots and vases to bring home and add to the garden. He also loved scavenging 99-cent stores to find other treasures.

Louis started work on the garden in 1958 and kept working and adding onto it until he passed away in 2006.

“My dad would be out here working and tour buses would go by to tour the Goldwater property, and he would invite them up and show them around,” Errol said.

Louis didn’t have any architectural or engineering training, either. Before he retired, he worked as a grocer and then owned a restaurant and a to-go spot on 7th Street.

He started the garden by using concrete and concrete tree rings as the foundation. From there, he used rocks that he found from excavation sites in the area to add to the walls. He then added knick-knacks and trinkets from his travels.

“Sometimes my mom would have a knick-knack in our house somewhere, and if my dad thought it would look better in the garden, then that’s where it went and that’s where it stayed,” Errol said.

Errol, who has lived in the home since he was born, hasn’t decided whether he would like to add on to the garden.

“At this point, I wouldn’t know where to start,” he says.

The garden has been weathered by some wind and monsoon damage, but that didn’t stop Louis from fixing the garden and keeping it together. He even expanded it to the other side of the driveway, where the wall separating the neighbors is decorated with rocks, glass elephants and flower vases. There is even a massive Chinese symbol painted on the driveway, which Errol believes to mean “good fortune.”

Errol is retired and plans on keeping the home and garden in the family with himself and his two brothers.

“It took a long time to put it up, and we’d like to keep it as our father’s legacy,” Errol said.

From deciding to build a front yard that didn’t require any fuss, to building a massive garden made from concrete, oddities and mementos, Louis Lee’s rock garden is a timeless treasure to not only his family, but the Paradise Valley neighborhood where it was built.