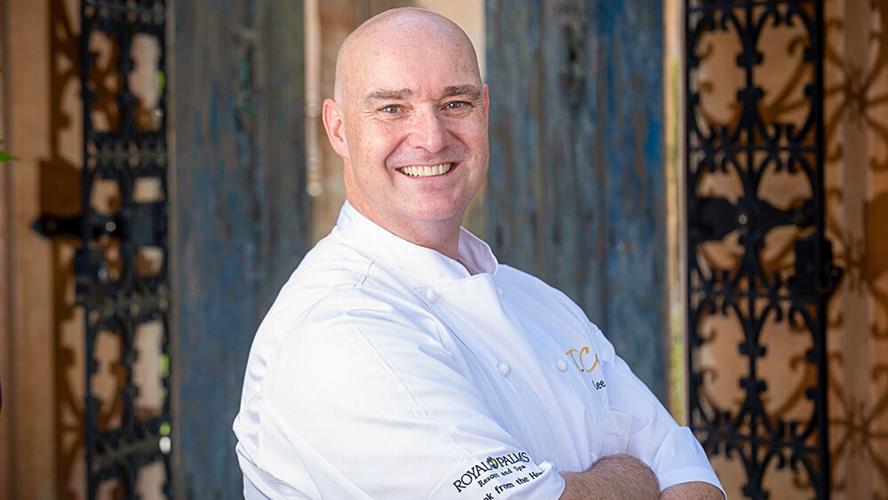 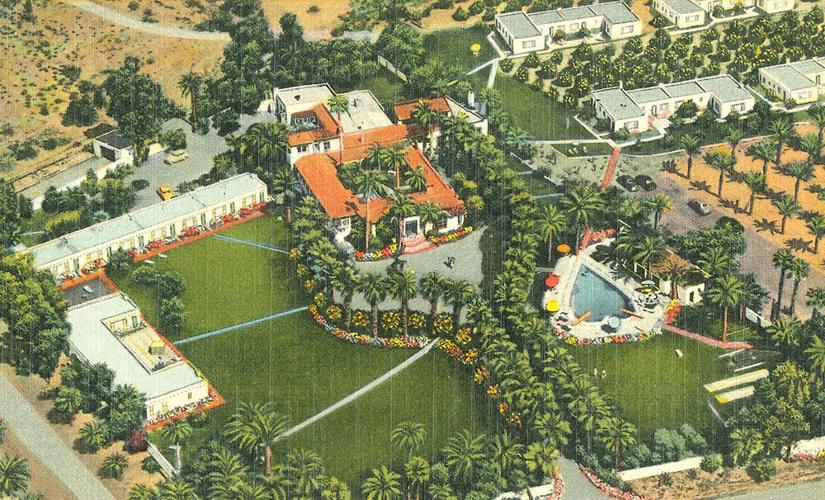 As a child, Chef Lee Hillson enjoyed gatherings at what became known as the Hillson Hotel – or his family home. Hillson said that while living in Australia, neighbors and friends would be in and out of the kitchen and that feeling of family gatherings and home-cooked meals is what inspired him to become a chef – and propelled him into a more than 30-year career.

Tell us about your upbringing.

I was born in London, and when I was two or three, my family moved to Australia. They were doing a program called Ten Pound Poms where, for ten pounds, the government there would fly people to Australia, put them up and help them find jobs. It was basically there to boost the economy in Australia. We did that twice.

We moved back to the south coast in England, where I went to Bournemouth and Poole University for culinary. When I was 18, I moved to Austin, Texas. I had a friend who lived out there, so I visited her, but her boyfriend didn’t like that much [laughs], so he moved her to Dallas. I was already in the states, so I built a life in Austin before moving to Maryland, Rhode Island, and eventually Arizona in 2000.

Where else have you worked?

I took over as executive chef at T. Cooks in 2004 and left in 2012 to go to The Phoenician for a few years. Then the Sheraton Grand at Wild Horse Pass for three years and returned to T. Cooks in 2019.

In Europe, I worked at a patisserie, Le Gavroche, L’Escargot, La Fosse and in France I worked at Hotel Diva in Isola. In Maryland, I worked at the Inn at Perry Cabin for six months.

What industries were your parents in?

My dad worked in iron-ore in Australia and then owned his own plumbing business. My mom worked in a café as a server and then worked for Lord and Lady Normanton as a housekeeper. That was cool because, as a teen, I was able to visit the Somerley House where they lived. It was kind of like Downton Abbey!

What was different about living and working in Europe?

You’re between 15 and 16 years old when you graduate high school. It’s way more intense over there. Also, I feel like schooling focused more on world history than just European history, you know? Classes in culinary school were smaller and more focused, too.

What was your favorite class in culinary school?

Pastry. I was a pastry chef for 12 years.

Who is T. Cook? Can you give us some history about Royal Palms?

It was built over 100 years ago as a private home for Willard Delos Cooke and his wife. In the 50s, it was turned into a small hotel, and many famous people – like Frank Sinatra, Jr. – would come and stay. Eventually, it was sold, and Fred Unger of the Hermosa Inn bought it and renovated it into the property today. Now it’s run by Hyatt. There used to be a heart-shaped swimming pool, but it’s been turned into a reflection pool since.

What is the inspiration behind your dishes?

We’re a Spanish-influenced house, so we try to go Mediterranean-inspired. We’re not strictly Mediterranean, but we try to do dishes inspired by that cuisine. We’ll use ingredients from everywhere – North Africa, parts of the Middle East, France, Spain, Italy – so we have a bit of everything going through the menu.

We also try to tie in more ‘comfort’ to it. I leave a lot of it to my sous chefs – Mireya Ryan and Joe Flores have a lot of influence on the menu. They’ll think of dishes they had growing up and put a Mediterranean twist on them.

What are the most popular dishes?

It varies from day to day. We have a shrimp pasta right now that flies out the door. The grilled octopus; we go through cases of that a week. It’s tough to choose: the short ribs, beef tenderloin, striped bass. I can’t pick anything specific.

What is one item in the kitchen you find yourself using all the time?

Our pasta extruder gets a lot of work out of it. We make the main batch in the big mixer, take the crumbled dough and put it in there, and it shapes our different kinds of pasta and things. All the pasta is made in-house, so that thing is used constantly.

What do you consider your signature dish?

My personal dish is the carbonara. We put it on and off the menu; it’s very popular. For right now, I would also say the octopus is a signature dish – Joe put that one together.

What is the first thing you remember cooking?

A pizza for my parents. I took flour and water and made a dough, rolled it out and put tomato ketchup and cheese on it. They ate it, too!

Who are some of the other chefs that inspire you?

Alan Ford, who was one of my chefs in England. I respect him to no end – when I was in pastry, he let me come out into the kitchen, and that’s how I got my start as a sous chef. He was amazing to work with. I have quite a few chefs who inspire me – Beau MacMillan is a good friend. I’m in awe of him because he does so much for the community and the people.

You see a lot of famous chefs out there that are all about themselves, but Beau is all about promoting Arizona and the chefs here. One of the most selfless men I’ve ever met.

Mark Tarbell has a huge heart. When I first came to town, I went into his restaurant for happy hour, and I saw him walking out – I’d been in town two weeks – so I introduced myself and told him I’d just started working at Royal Palms, and he came and sat with me and had a drink with me. He was so welcoming and is so amazing.

Mel Mecinas, Michael Rusconi, Justin Beckett, Jennifer Russo, Silvana from Barrio. All of these people are about the community, and that’s something I haven’t seen in the places I’ve worked and lived. They’re about helping and supporting each other. There are very few egos in town here, and these chefs are huge culinary inspirations.

You’ve been on Iron Chef. What was that like?

It was fun – it was probably the fastest and scariest hour of my life, but I had a good time. We didn’t win, but I wouldn’t change anything. I had two great guys with me, and we crushed it. Our ingredient was ham, so we made a twice-baked ham and cheese soufflé, rabbit loin stuffed with ham, serrano pepper stuffed lobster tail with ham broth and the carbonara, of course.

The only thing I would have added but didn’t was bacon ice cream – crispy prosciutto and vanilla ice cream.

I was nervous going into the event, and my sous chefs were fine – as soon as we got on stage, I was fine, and then they got nervous.

How do you keep calm when things get crazy?

I never used to be – I used to have quite a temper. But now it’s like there’s a circle, and I can only control what’s in it. If something goes wrong, it’s a learning experience. If the guys do something wrong, I don’t yell at them. If we have lines of tickets – you can only cook so fast and fit so many people on the line. Control the chaos in the circle.

What are some of your proud moments?

I’ve been able to do several James Beard dinners here and in New York. I’ve been nominated for the Culinary Hall of Fame, but I keep getting beaten [laughs]. I got a silver medal in Europe for my pastries and petit fours. I’ve gotten to do cooking demonstrations on cruise lines and flown to Argentina to cook, but my favorite thing is being recognized and invited to charity events since Iron Chef. I do one in Maui, one in Baltimore and two in Florida.

Are your daughters going to follow in your footsteps?

I hope not. One of them wants to be a vet, and the other wants to be an orthodontist – but next week, that’ll probably change.

What do you do when you’re not working?

I love watching movies and traveling. Believe it or not – judging by my shape – I enjoy working out, but I haven’t been able to lately. Hanging out with my wife and two daughters.

Continue to grow and grow my team. I’d like Mireya to take over for me at some point so I can do more front operations. I’m in discussions with corporate for their new builds and maybe, like, restaurants that need help or reconstructing to go in and help them, show them what to do. I’m looking into more of the consulting side of the business.

Also, many years ago, we sold our house-made jams and marmalades here, and I’d like to get that going again. We used the oranges right here on the property back in the day – sadly, those days have changed.