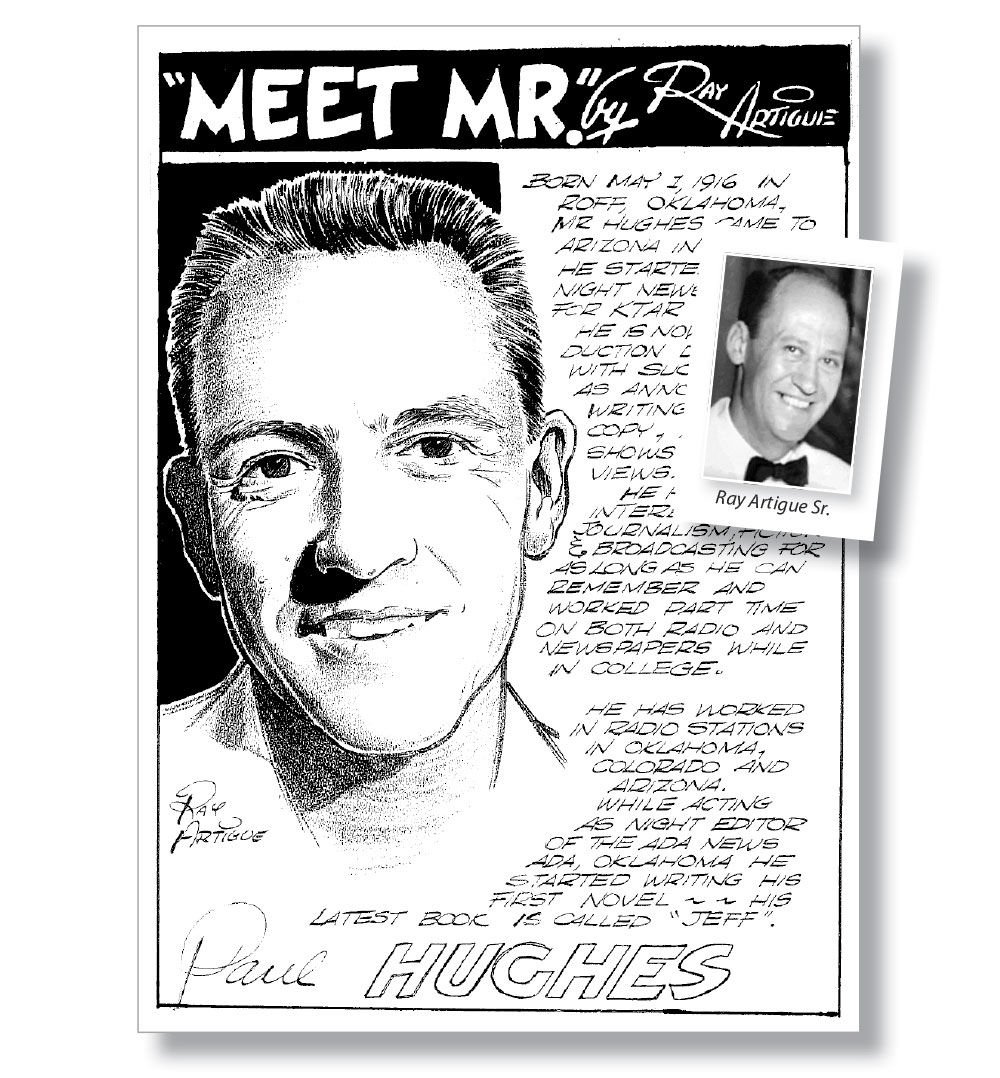 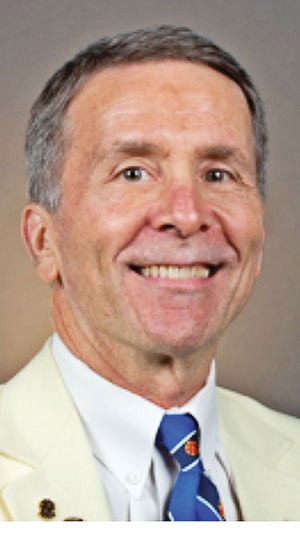 Every now and then, a person is fortunate enough to realize one of their lifelong aspirations.  Such is the case for me as I relaunch a journalistic tradition that my father — Ray Sr. — started back in 1949.

Working for the Phoenix Gazette, my dad profiled notable Phoenicians every Wednesday for nearly eight years. Hundreds of men were introduced to the Valley by his written word and artistic hand. And yes, I still occasionally run into their sons or daughters (or grandkids!), asking, “Was your father the guy that….?”

Proudly, I explain that yes, he was the creator of “Meet Mr.”.

And with even greater pride, I introduce you to its reincarnation, where we will profile women and men from the Arcadia community each month. One of the subjects of the original “Meet Mr.” was Paul Hughes (above). We are starting the new column off with a nod to the old, by profiling Paul’s son, Mark.

Evidently Dorothy wasn’t the only one who believed that “there’s no place like home.”

Mark Hughes, an Arizona native, and his wife, Phyllis, couldn’t wait to return home after 12 years away, living in Las Vegas.

“Our only criteria for where we would resettle in the Valley was a place that was green,” Mark remembers. “That made Arcadia an easy choice.”

Thirty-eight years later, the same house on Calle Ventura continues to be “home” for the couple that celebrated a golden wedding anniversary just last year. Today their grandchildren attend Hopi and Ingleside, just as their two daughters did years ago.

Mark was born in Phoenix in 1943, when it was just a sleepy town of 65,000. He grew up around the media as his father worked in radio and newspapers and eventually, owned a PR agency. That surely influenced Mark to earn a journalism degree from ASU and then serve not one, but four Phoenix mayors as their public information officer. He also worked as a city desk reporter and sportswriter for the Arizona Republic.

“My father taught me to always tell the truth, saying ‘It will keep you out of a lot of trouble’,” said Mark. “So, I preached that to my staff and we worked hard to establish trusted working relationships with all of the reporters that covered City Hall.”

It’s hard to believe that Mark once forced himself to attend Toastmasters so that he could “overcome my shyness” because today he is as gregarious as they come. Equal parts historian and storyteller, he relishes the opportunity to recall the people and places of Arizona. An extensive collection of Phoenix phonebooks (just a quarter-inch thick in 1925) and more than 3,000 postcards — many of Arcadia citrus groves and the canals — provide him ample material for his colorful recollections.

Well into retirement, Mark and Phyllis take delight tending to their flower gardens, traveling to Tokyo to visit their daughter who teaches there, and enjoying the cool pines of the White Mountains where they built a cabin.

But according to Mark, they are most happy when at home, walking the bike paths and enjoying their neighbors.

“We love Arcadia and the people who live here,” said Mark. “Everyone cares so much about one another and that makes it such a great neighborhood.”