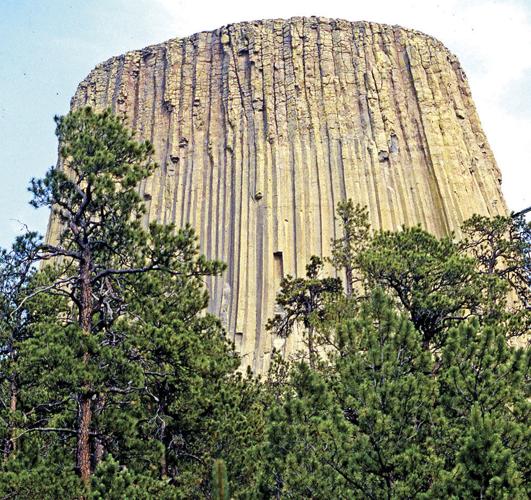 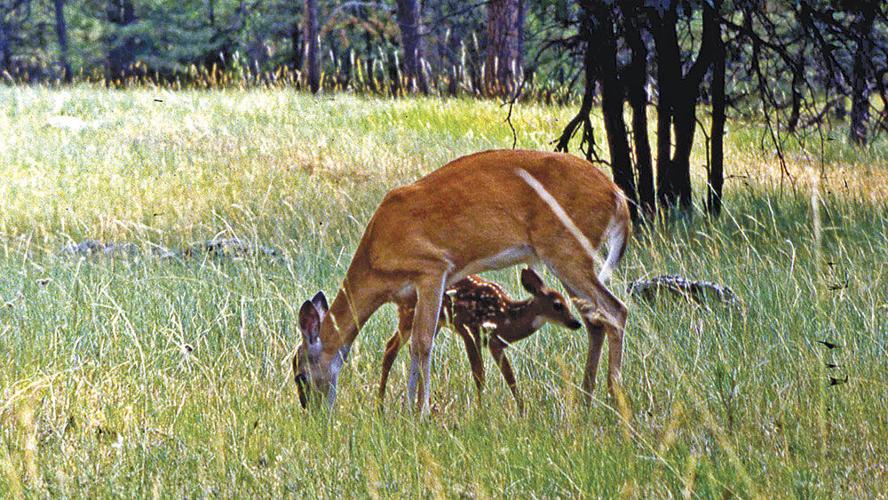 There are times when what initially appears to be an inconsiderate act turns out to be a gesture of kindness. One such circumstance occurred recently during a visit to Devils Tower, a spectacular landmark in the wilds of northern Wyoming.

It was late afternoon so I wanted to get to the site before sundown but the driver in front of me had stopped, blocking the narrow road. Frustrated and impatient, I contained my irritation for a while but as the sun kept vanishing behind the scenery, I had no recourse except the natural one. I honked. It wasn’t a snarky honk, just a light tap on the horn.

This produced an unexpected result when the driver in front of me stuck his arm out the window and pointed to a nearby field. And then I saw the reason for his delay – a mother deer and her fawn nonchalantly enjoying an evening nosh. As he moved on, I waved a weak apology, then also stopped to enjoy this unexpected bonus. After all, the monolith has been there for eons so it would probably still be there when I arrived, but this scene was a momentary classic.

Eventually, I got to the tower and let me just say, it is awesome. It’s much better in person than it had appeared in the 1977 movie Close Encounters of the Third Kind. It’s one big hunk of stone sticking out of the ground, rising 1,267 feet above the surrounding grasslands and pine trees, and 5,112 feet above sea level. This makes it easy to see, even for us seniors wearing bifocals.

Although they have been studying it since the early 1800s, geologists still don’t agree on how the tower was formed, except to conclude that it began as molten rock buried under the earth. How the magma got to the surface is still under discussion.

Some say the structure was formed by a cataclysmic force that pushed it up through the surrounding rock layers. Others give a more simplistic explanation – the tower was formed by lava which cooled underground, then was exposed by erosion. And there are those who suggest that the tower is either the neck of an extinct volcano or a volcanic plug.

Regardless of which theory holds the most probability, there’s unanimous agreement that Devils Tower is spectacular, well worth the trek across northern Wyoming’s flatlands.

I used the lateness of the day as an excuse to forego the 1.3-mile trail that encircles the tower and tour a nearby prairie dog town. Instead, I just stood there and gawked at the giant pinnacle that probably was once the core of an ancient volcano, now exposed by countless years of erosion.

President Teddy Roosevelt declared the Devils Tower (and the surrounding 1,347 acres) a national monument in 1906. Now it’s a destination for a multitude of sight-seers like myself, many of them fresh from viewing the enormous stone presidents and an Indian chief blasted out of solid rock at Mount Rushmore, some 60 miles to the east.