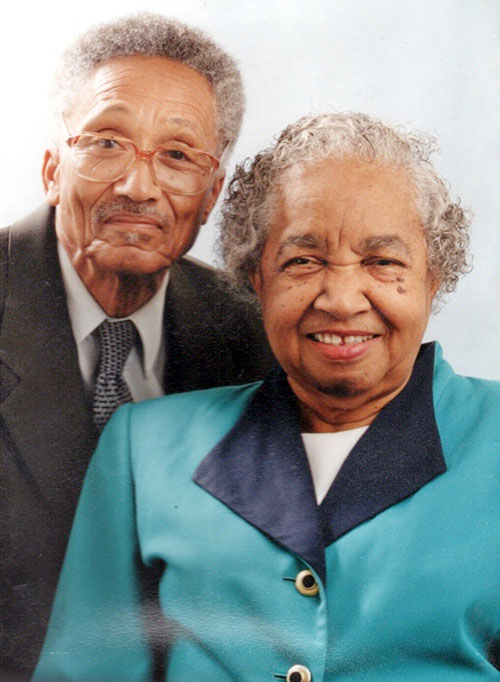 Calvin and his wife, Georgie. 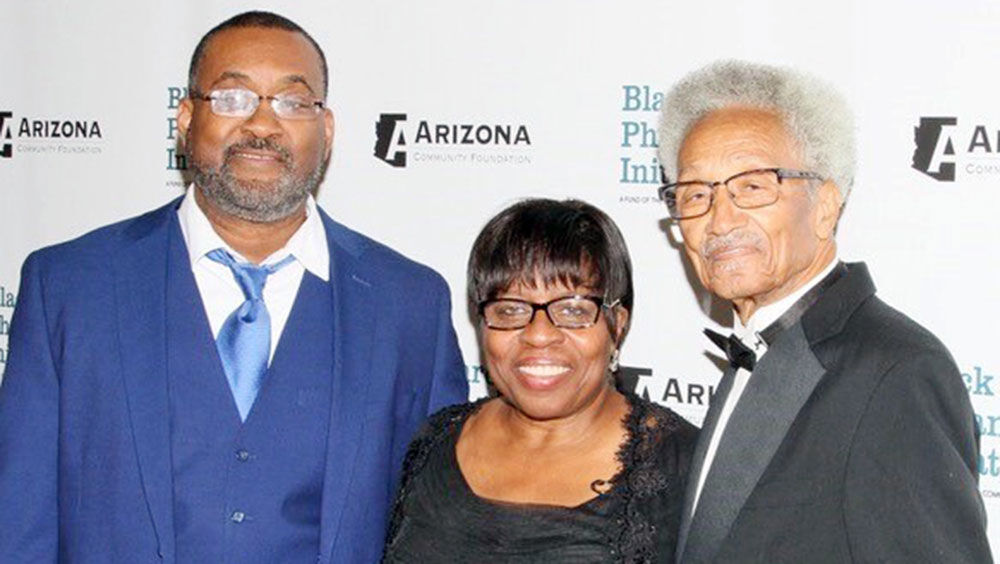 Calvin Goode with son Jerald and Gail Knight in 2018. 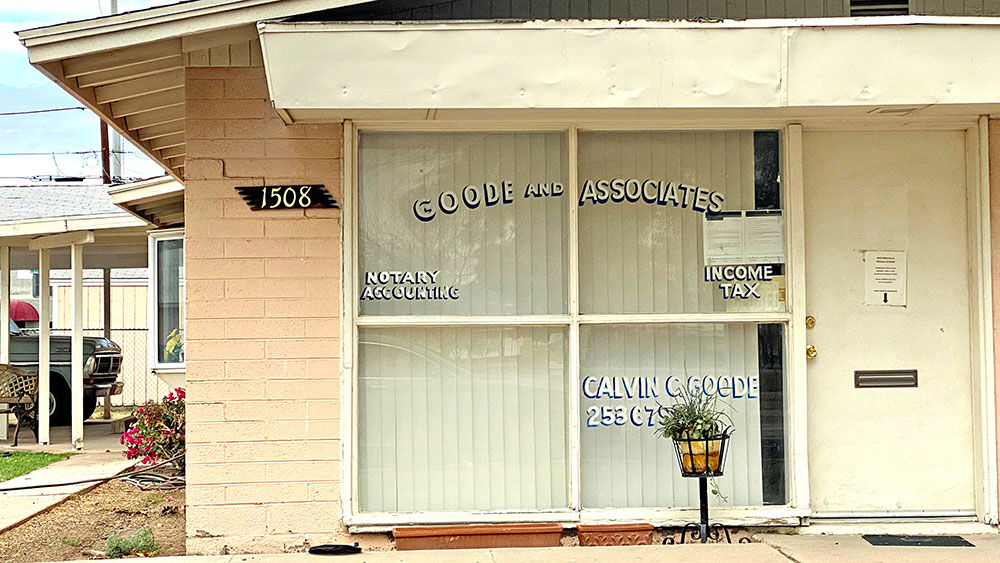 Goode & Associates, which doubled as his home and business.

Calvin and his wife, Georgie.

Calvin Goode with son Jerald and Gail Knight in 2018.

Goode & Associates, which doubled as his home and business.

Former City of Phoenix Councilman Calvin Goode spent a lifetime serving the residents, businesses and institutions of Phoenix. He was the longest-tenured elected official in Phoenix history, serving on the city council for 22 years from 1972–1994. After leaving the council, Goode continued to advocate for civil rights and immersed himself in the community through the school board, government programs and nonprofits.

Goode passed away in December, leaving behind a legacy of public service that will be remembered for innumerable reasons.

“Phoenix City Councilman Calvin Coolidge Goode is one of the greatest Phoenicians who has ever lived,” said Congressman and former Phoenix Mayor Greg Stanton. “If there were a Mount Rushmore of Phoenix leaders, he would certainly be on it.”

Goode was born in Depew, Oklahoma in 1927, the third of eight children. His parents relocated to Arizona when he was just a baby. The Goode family homesteaded outside of Gila Bend, and worked in the fields as sharecroppers. After graduating from George Washington Carver High School in 1945, Goode went on to earn a bachelor’s degree in business and a master’s degree in education from ASU.

“He was known as the Conscience of the Council,” Stanton said, “and he served on the City Council both when members represented the entire city and when we broke it down into the district system. He was an important transition leader in Phoenix government in the early 1980s.”

When Goode was elected to the Phoenix City Council in the early 1970s, he was only the second African American to serve (the first was Morrison Warren, elected in 1965). His legacy also includes his legendary work on civil rights.

“Certainly, he’s best known for his work on getting a Martin Luther King holiday passed in the City of Phoenix,” Stanton said. “Getting it passed statewide was incredibly difficult as we had a holiday and lost it, which caused a great deal of consternation.”

Once the city enacted the district system, Goode represented District 8, which included the Eastlake Park neighborhood near downtown Phoenix where Goode lived – in the same house – for over 65 years. According to Stanton, Eastlake is considered the “cradle of civil rights for Arizona,” with Goode residing where many marches began. He ran his accounting business, Calvin Goode & Associates, from the same location.

Retirement didn’t stop this dedicated community servant from doing what he loved: helping people, families and neighborhoods. He was a familiar and welcome face at City Hall for years after he finished his official duties.

“He was a leader on education, housing and protecting neighborhoods,” Stanton said. “His record as a member of the council is extraordinary and second to none. I greatly admired him. When I ran for Mayor, he supported me early on, and to have someone so well respected support me like that truly helped me. I owe him personally, and I’ll never forget that.”

Gail Knight, a community leader who currently serves on the Balsz School District Governing Board, also has fond memories of Goode and considers him to have been her mentor, as well as a colleague and friend.

In the early 1990s, Knight and her husband, Leonard, moved to Phoenix when he was selected for a public administration fellowship.

“I’ve always called Mr. Goode the most caring, kind and gentle man,” Knight said. “We began our journey here with him. We were very comfortable in San Diego when he took a liking to my husband. Mr. Goode came to see us in California to talk to my husband and me. And after meeting him, moving here and getting to know him, I began to understand how devoted he was to service and others. We met and just fell in love with Mr. Goode and his wife.”

Knight’s husband worked to reduce gangs and drugs in the Phoenix area while fostering positive redevelopment, and Knight herself was involved in many aspects of revitalization. She was working for the Community Excellence Project in South Phoenix when Goode retired from the council.

“He’d been working in this area of the city before his retirement,” Knight said, “and once he retired, he accepted a position on the organization’s board. Mr. Goode wanted to help the residents with revitalization; it was truly like he’d never left City Hall. He was always such a giving and kind person.”

Knight said that so many streets and neighborhoods have permanently changed for the better because of Goode’s work and influence. He’d look at a need, and then he’d figure out how to improve it, and today, many projects he initiated are still going strong.

“Mr. Goode devoted all of his service work to the City of Phoenix,” Knight said, “and he was always involved with every aspect of government that would make his community better. He stayed focused on his district because there was so much he wanted to accomplish, and that’s why he continued to work on his goals long after his retirement.”

According to Knight, Goode’s successes were rooted in his strong sense of family. He and his wife were very family-oriented and cared deeply about the community and its families’ health and happiness.

“He never stopped working on what he enjoyed most, which was serving the community,” Knight said. “And he was truly the catalyst for change as he wanted to build up and improve District 8 with the involvement and input of all the families. Residents would call him to come to a city hall meeting with them, and he’d go. He was always there for the community. From the young to the old, he motivated and inspired everyone to be their best.”

Goode’s namesake will live on in the former Phoenix City Hall building that was renamed after him, and the Calvin C. Goode Lifetime Achievement award that the city created in 1994 – of which, he was the first recipient. But when Goode was once asked during a video interview what he would like to be remembered for, he said, “Don’t talk about all the awards. I got a lot of plaques, but remember me as a person who tried to do the best thing for people.”