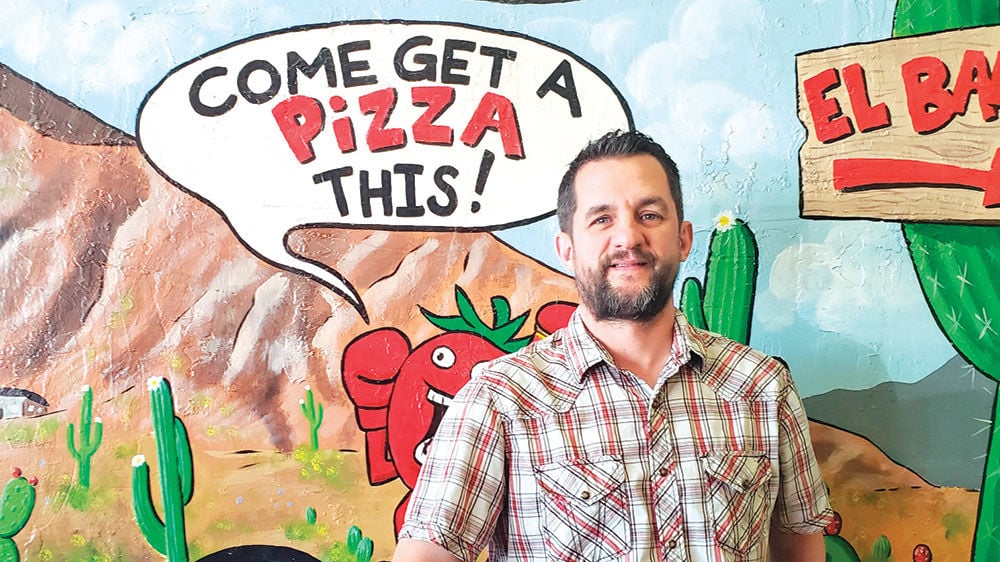 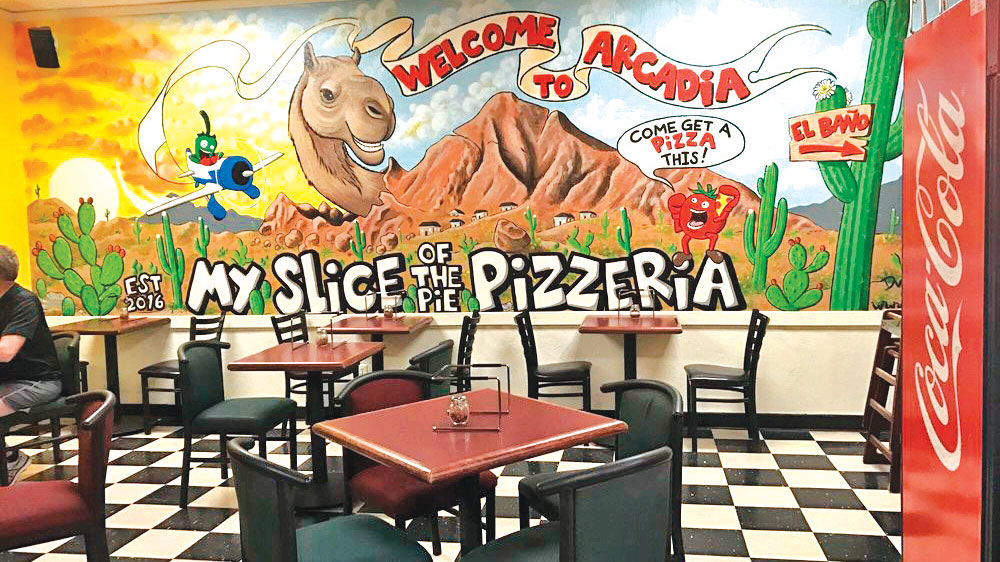 Although Arcadia has its fair share of pizza joints, each with its own take on the dough-based dish, there aren’t any that boast “where New York meets the Southwest” as their motto – and the Southwest is something that owner Randy Bortin knows all about.

My Slice of the Pie, located in the plaza on the northwest corner of 38th Street and Indian School, is the first restaurant that Bortin has owned, but he’s been in the industry for a few years – his brother and sister-in-law own America’s Taco Shop.

Bortin started working for them back in 2010. After a couple years, he moved to the corporate side of things and worked at franchising company Kahala, opening taco shops across the country.

In 2015, Bortin had his sights set on opening up his own restaurant. After a few setbacks regarding the first location he wanted, Bortin got a call about a new space opening up on 38th Street. With no finances to back him up, Bortin put his Arcadia home on the market and went all in for the new space. Within a week, his house was sold and he was the new owner of a pizza joint.

Bortin had no real pizza-making experience, so he called his friend, California-based Chef Josh Mason, and the two spent hours putting together a menu. My Slice opened in March of 2016.

The dining room is modest, with booths and a community table with checkerboards built right in. Eclectic music plays on the speakers and there’s a television where patrons can watch sports. Not to be missed is the massive mural painted on the wall.

“I had an idea for one of the walls inside the restaurant to become Camelback Mountain coming alive,” Bortin said. He struggled to find the right artist to create the mural, until he walked into Blind Tiger, a tattoo shop in the same plaza as his restaurant.

Bortin was referred to one of Blind Tiger’s tattoo artists, Dylan Loos, and 50 hours later, the mural was ready. It depicts a camel’s head coming out of the mountain and a jalapeño flying a plane with a banner that reads “Welcome to Arcadia.”

Bortin says the inspiration for his recipes comes from a few different places.

“I counted on Josh for a solid New York style pizza, but spending so much time and effort with America’s Taco Shop I asked for Terry and America’s blessings to take what I learned from them and try it on pizza,” Bortin said. “Though it is very labor-intensive to do two styles of pizza, four years later items like ‘Al Pastor What’ and ‘You Gotta Carne Asada’ pizzas have been crowd pleasers.”

My Slice offers two styles of sauces: traditional New York style and Southwestern style, which is made with fire roasted jalapeño tomato cream. Guests can get standard toppings like pepperoni and sausage or opt for one of their specialty pizzas.

The “Barb-Be-Que-Onda” features house-made BBQ mole sauce, mozzarella, pollo asado, roasted jalapeño, red onion, spicy crema, cilantro and cotija cheese. This pie has quite a kick. Make sure to have some napkins nearby – the homemade sauce will transport folks to a backyard barbecue.

My Slice of the Pie also offers toasted sandwiches, wings, appetizers and salads. For dessert, try a slice of the New York style or specialty cheesecake – if the chocolate/peanut butter cheesecake is available, don’t pass it up. Decadent and creamy, this treat will fulfill any type of craving.