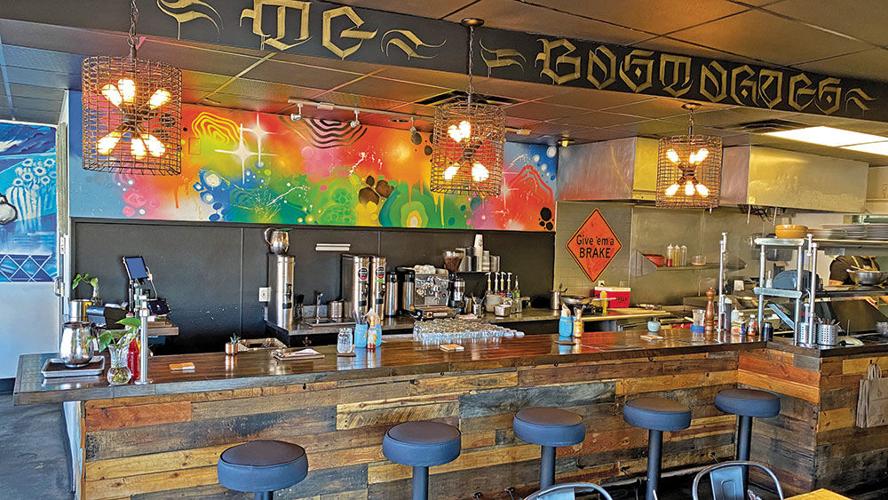 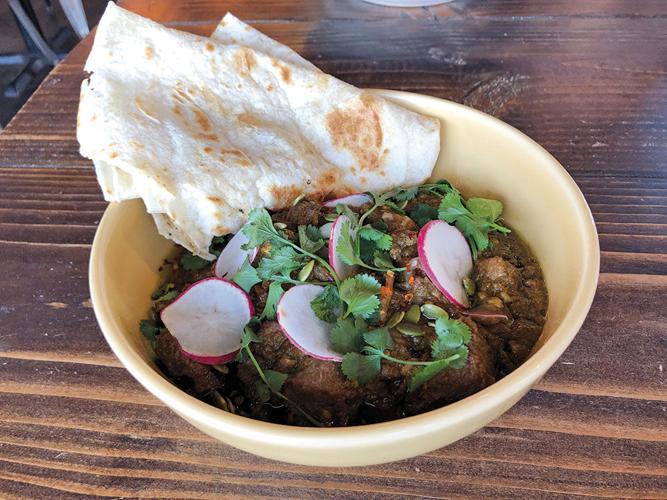 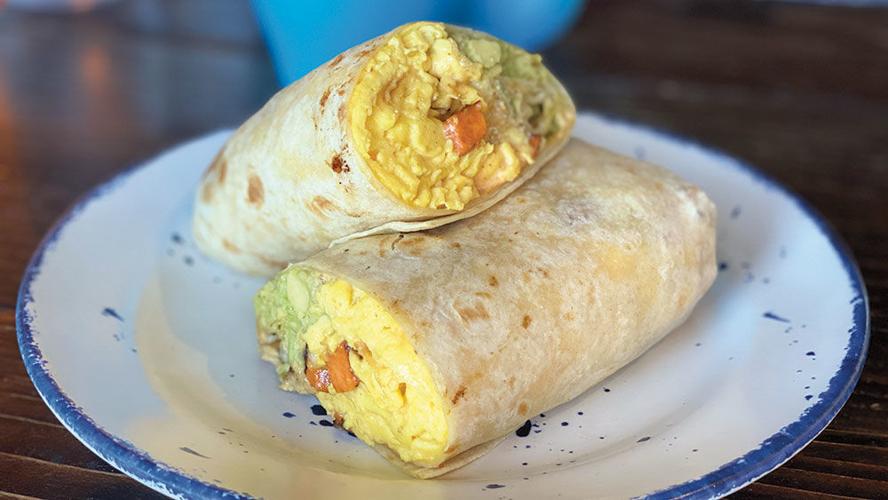 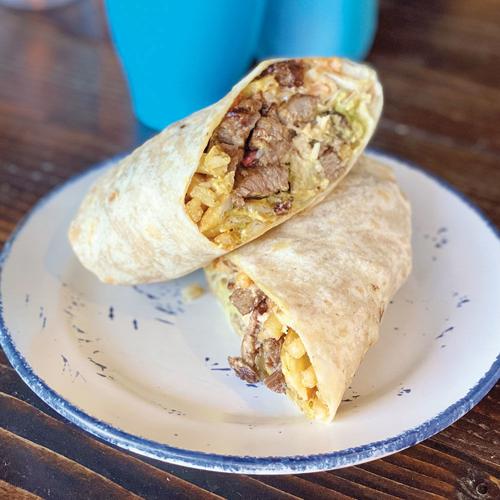 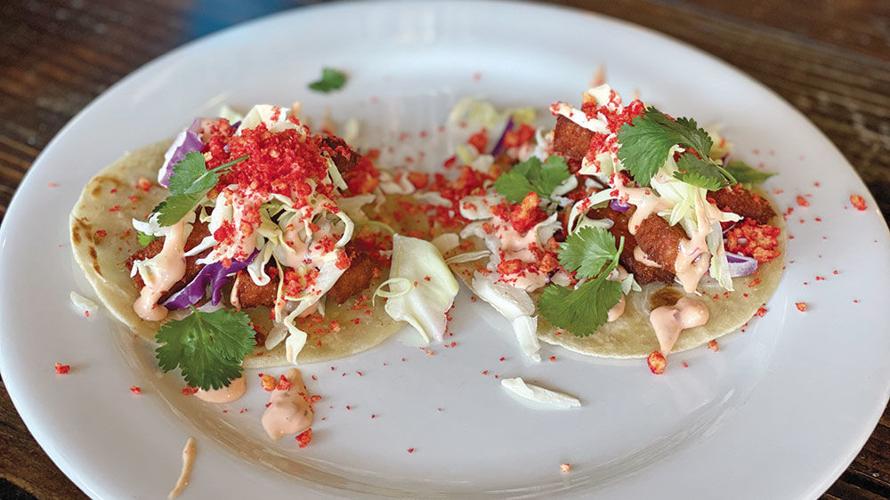 When walking into Urban Phoenix Café, the first thing people will likely notice is the walls covered in murals and artwork from local Phoenix artists. They might also hear the hip hop music coming through the speakers (which is also why there is a parental advisory sticker on the window).

Chefs and owners Steven Contreras and Keri Frazier opened the café in November 2019 in the Gaslight Square complex on 36th Street and Indian School. They describe it as a “relaxed, funky concept that is reinventing the way Arizonans eat breakfast and lunch.”

Contreras created several of the art pieces, along with several former “street vandals” who have turned into legitimate artists. There are pieces by Zander Arizona, Paul Martinez, Nick Rodgers, Laz Rocha, Porky Martinez and the Graff Aholeks Crew.

“We are inspired by the street art culture of Phoenix. There is a lot of talent here and the artists’ stories are as dope as their art,” Frazier said.

The dining area has an industrial feel to it, with tables and a few booths in the back corner; patio seating is also available.

One of the more curious murals is that of a fake Latin saying (from a famous novel) that spans the length of the building, near the ceiling. If you can translate the saying, you get a free taco. We accepted the challenge. After a little deliberation, we figured it out and were presented with the THC taco: grilled Spam, cabbage slaw, fancy sauce, cotija and hot Cheeto dust.

If you’re picturing a rubbery slab of Spam, don’t. Presented on a flour tortilla, the meat was grilled crispy – but not too crispy – and covered with a generous helping of slaw and fancy sauce. It was sweet with a mild kick.

Frazier and Contreras have been business partners for around two years. Their names are associated with Federal Pizza, Spiga Italiano, Hatter and Hare and the Left Coast Burrito food truck. Contreras has been in the restaurant industry for a decade, while Frazier spent time moving back and forth from cooking to front of the house management. Urban Phoenix is their first brick-and-mortar together.

“I was a tattoo artist and I wasn’t making enough money, so I decided to get a kitchen job to hold me over and moved up from there,” Contreras said.

“I always knew I would own a restaurant,” Frazier said. “This concept came so authentically and organically but really out of the blue and I couldn’t be happier with it.”

The pair were brought in as managing partners of 3on Smith Café and ran it for two months before realizing that their creativity and passion was being underutilized with the restaurant’s menu and brand.

“We love being inventive in the kitchen, and both of us get bored pretty easily. We wanted to bring our passion and love for food and people into our space. We love pushing boundaries, and not just for the sake of it, but to truly improve the taste of the food and the vibe of the experience,” Frazier said. “I have lived in Arcadia for the past 10 years and knew what we needed to do to stand out.”

Frazier said they are trying to set the bar in the Valley when it comes to breakfast tacos and burritos, without being put in a specific genre.

“We want to blend cultures and ingredients into something that tastes good without having to abide by any specific type of cuisine. I think that is what Phoenix is all about really,” Frazier said. “Neither of us came up from any formal culinary training and everything we’ve learned has been from the kitchens we worked in, so I feel that enables us to kind of think outside of the box and not be afraid to push boundaries and get creative.”

Boasting a menu of breakfast and lunch tacos, burritos and “rad plates,” my friends and I decided we should try one of each. The Roots comes as a burrito or a bowl and includes eggs, sweet potato, poblano, pico, avocado, jack cheese and chipotle crema. It was massive and filling.

We also tried The Throwback – carne asada, crispy fries and chipotle crema – and the Green Chile Bowl with slow-cooked green chile pork, cotija, pepitas and cilantro. We all left full and with to-go boxes in hand.