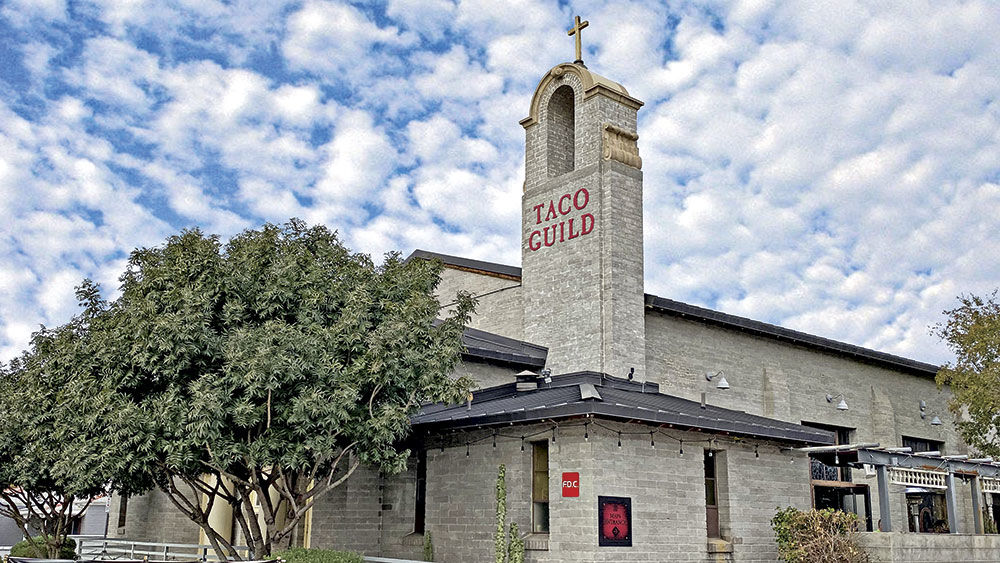 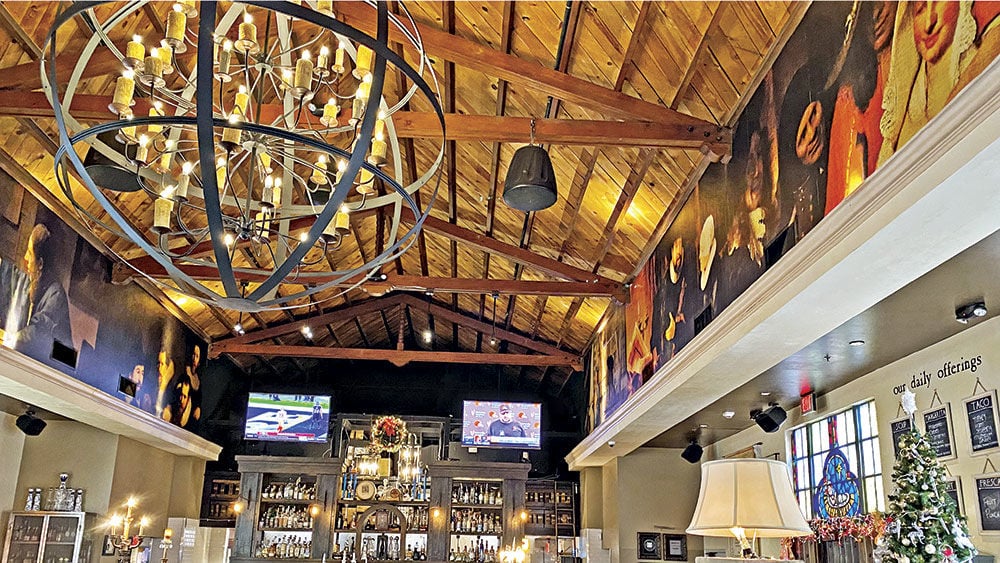 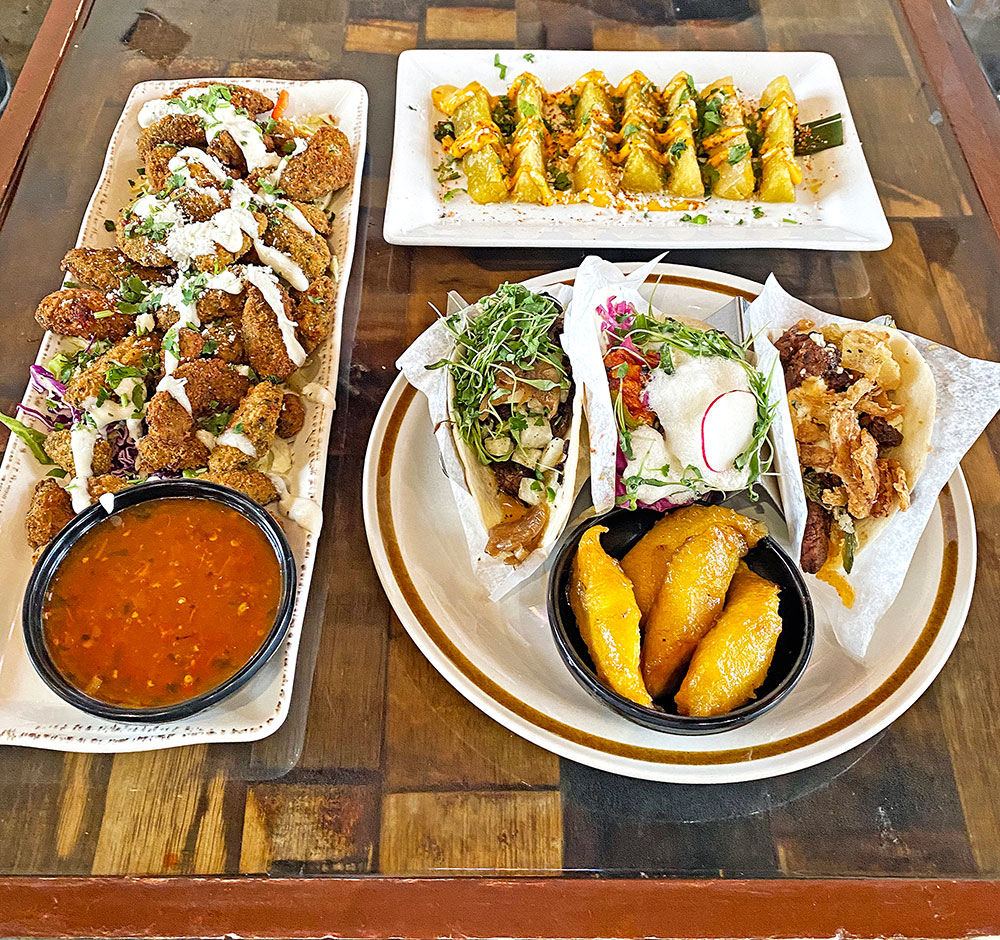 In 1893, nearly 20 years before Arizona became a state, George and Edna Smith purchased a plot of land near the corner of 7th Street and Osborn for $30 to build a church.

First called Smith’s Chapel, the church later became Bethel Methodist. The property was vacated and deconsecrated in 2012. It was then that the owners of Taco Guild stepped in, ready to worship two things: tacos and tequila.

The ambience of Taco Guild is worth discussing. From the giant wooden-door entrance to the stained-glass windows on either side of the building, this place is nothing if not beautiful. What’s even more interesting is that the wood ceiling beams, the windows and the pews placed near the back of the restaurant are all original to the building.

To the right of the entrance is the bar area, with a wall of liquor bottles that reaches halfway to the ceiling. There is bar seating and high-top tables for guests, as well as low-top tables, a few of which share the pews for people to sit on.

Service starts with a basket of chips and four types of salsa ranging from mild to hot. The appetizer list has the classic snacks like guacamole and quesadillas, but also offbeat items including yuca fries and avocado fries.

The yuca fries are made with yuca root, sriracha cilantro aioli, tajin, cotija cheese and chile oil and have an almost potato-like consistency: crunchy on the outside, soft on the inside, with the aioli giving the dish a slightly spicy kick.

The avocado dish is simple yet large and filling. The avocados are fried and served with sweet cilantro habanero sauce, cotija and lemon cilantro aioli. The avocado slices were evenly breaded and the sauce was sweet. This dish is one that patrons could easily fill up on.

The current taco menu boasts 11 options, which come à la carte. There is a three-taco plate for those who want to try a variety. I tried the coffee beef, Korean fried chicken, and from the server’s recommendation, the chipotle cherry steak.

Tacos are served on flour or corn tortillas. The coffee beef taco, served with jicama, cilantro, caramelized onion and micro “mirepoix” (a flavor-base made from diced vegetables that are cooked on low heat), has a generous serving of beef that is tender and juicy. The onions and cilantro made this taco a savory one.

The chipotle cherry steak and Korean fried chicken tacos are surprisingly subtle in flavor. Each taco has a substantial portion of meat, but it is overshadowed by the other ingredients and could use more sauce.

The Korean chicken taco is topped with spicy pickled red cabbage, cucumber and jalapeño salad and jalapeño foam, which sounds spicy, but my taste buds remained intact with each bite.

Taco Guild also features lobster, shrimp, al pastor and carnitas tacos, as well as enchiladas and a burrito bowl option for lunch and dinner. Along with wine and local brews on tap, there is an extensive cocktail menu, including various margarita drinks and a tequila flight.

There is a happy hour during the week and a brunch menu on the weekends.