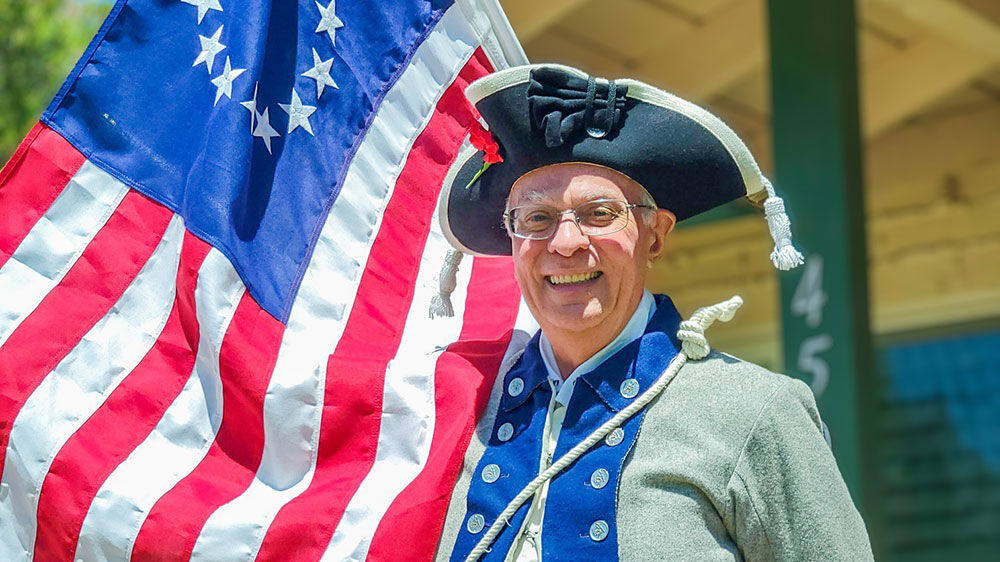 Jerry Davis flies five flags outside his home, including a 1776 Betsy Ross 13-star replica that represents the 13 colonies that fought for their independence during the American Revolutionary War. 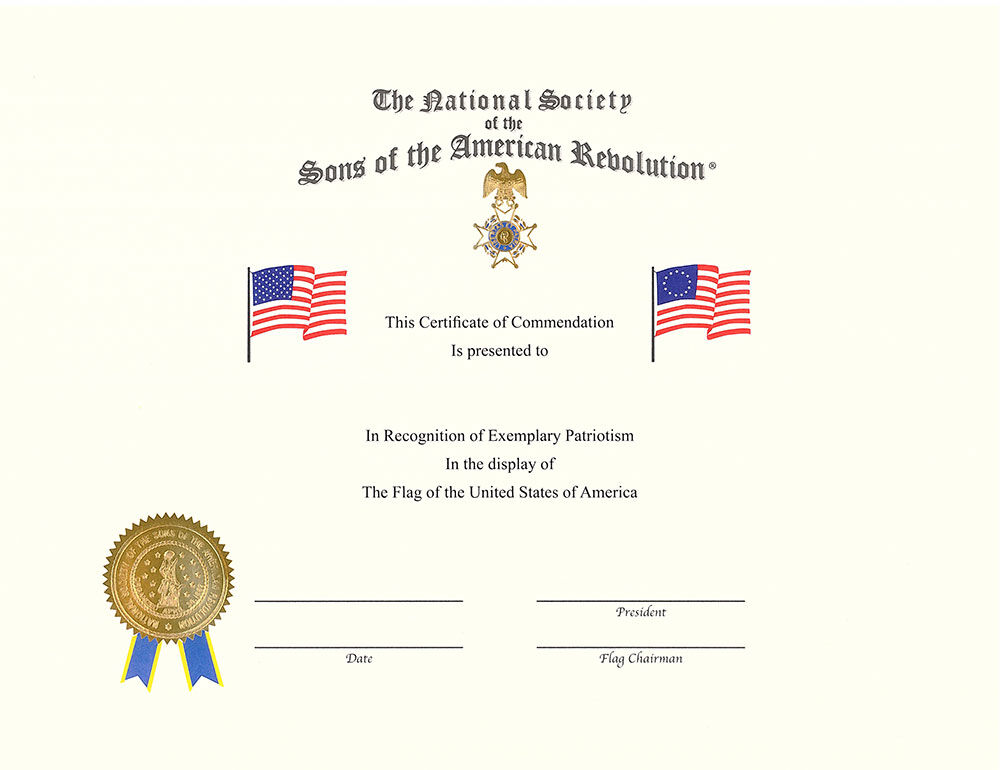 The National Society of the Sons of the American Revolution certificate.

Jerry Davis flies five flags outside his home, including a 1776 Betsy Ross 13-star replica that represents the 13 colonies that fought for their independence during the American Revolutionary War.

The National Society of the Sons of the American Revolution certificate.

Flying Old Glory at his Arcadia home is something John Torrez has always done. As a U.S. Army veteran, Torrez shares his patriotic pride and treats the American flag accordingly.

But he wasn’t expecting a special visitor, who stopped by to thank Torrez for flying the flag proudly and properly. The message of gratitude came with a certificate of commendation from Sons of the American Revolution member, Jerry Davis.

A member of SAR for 12 years, Davis is currently the only active member from the Arcadia area.

He first learned about the organization after inheriting a large book that contained photos and information about his family. He wanted to know more about his ancestors, so he reached out to a family member who was a member of the Daughters of the American Revolution, and she suggested he look into SAR.

Established in 1889, SAR aims to encourage patriotism and share the history of the U.S. Constitution and the Revolutionary War. Its members are direct male descendants of someone who fought in the American Revolution or supplied money or goods to those fighting for America. Members participate in numerous activities, such as color guard, marching in parades and grave marking ceremonies.

“It’s a patriotic endeavor,” Davis said. “The Phoenix chapter has 91 members, but there are four chapters in the Valley and around 4,000 nationwide. One of my ancestors…actually helped Daniel Boone establish Boonesborough.”

Although the SAR’s flag certificate ceremony has been in place for years, Davis was asked by Stephen Miller, a national SAR trustee for Arizona, if he would seek out neighbors and companies that were displaying the flag correctly.

“There is proper etiquette for flying a flag – bringing it down at night or having it lit at night; making sure it’s not tattered and torn. If someone is flying their flag using proper etiquette, they are eligible to receive a flag certificate,” Miller said.

That’s when Davis noticed one night that the Torrez house had their flag lit. “I thought ‘there you go’ and decided they should have a certificate,” he said. “I like doing this, and I hope people in the area don’t get weirded out that someone is leaving a letter in their mailbox. We want to honor you for doing the right thing.”

Davis said that honoring people for proper flag etiquette helps show pride and passes that pride to neighbors and families. Over the past four years, the Arizona Society of SAR has given out 10 certificates.