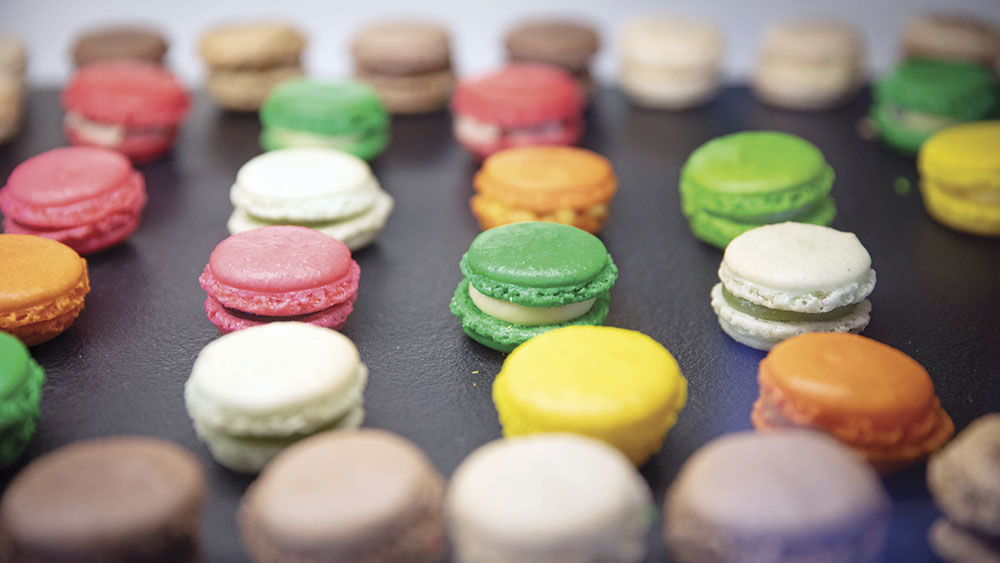 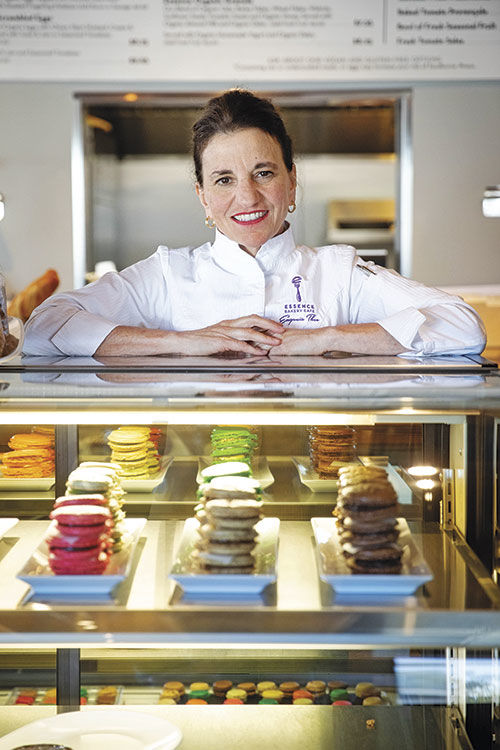 After spending her childhood helping in her family’s restaurant and taking some time to learn the industry from professionals in Paris, Eugenia Theodosopoulos has shown the Arcadia neighborhood that baking is in her DNA with Essence Bakery and Café.

How long have you been in the Arcadia neighborhood?

How long have you been a chef?

My brothers still own the restaurant that my grandfather opened in 1931 in Ohio. I “accidentally” went to college and tried to do something else but ultimately ended up back in the business. I grew up in Cambridge, Ohio, and from there went to Syracuse, then Boston, then Paris and from Paris to Phoenix – but I’ve been in kitchens since I was nine years old.

What was it like growing up in the restaurant business?

I’m one of five siblings. We all worked in the restaurant; nobody asked us if we wanted to work. It was like okay, today you’re washing dishes… at 13, my dad said, “Today you’re learning how to bake pies.”

Did you go to school for cooking?

I went to what the French call a “perfection” school. It was all in French. I went to Paris, learned French and went to a culinary school for people that are already in the business called L’ecole Lenôtre.

You learn chocolate, you learn bread, certain kinds of sauces. I actually ended up working there. I also have “chef” certificates, but I believe that my certification comes from what I do.

Where did the idea for Essence Bakery come from?

We moved here in 1994 and started a catering business, which we had for 17 years. In 2006, we were on vacation in Colorado and we were at a market. There was all this organic food, and we just thought, “Why don’t we start a restaurant that does really great organic food?” Organic and local, because that’s the way we eat. We figured if that’s the way we eat, other people want to eat like that, so that’s what Essence offers: “organic whenever possible,” good food.

What is the inspiration behind your recipes?

I would say everything. Thirty years ago, I was in Greece and they were doing these iced coffees called frappés. It stuck in my brain so when we opened Essence I said, “We have to do these.” We call them glaces, which is a little more French. I got that idea from Greece.

Also, since I’m of Greek origin and I lived in France, a lot of my inspiration comes from there.

What is your most challenging dish?

Making croissants in the desert. It’s a lot of butter and it’s all based on temperature. So, we have the croissant dough that’s a living thing, that you can’t just walk away from and pause and come back to it later.

We have started a pilot apprenticeship program. I currently have two apprentices who just graduated from high school with culinary credits.

We will be offering cooking lessons as well for those who want to learn multiple dishes like baked goods or Greek foods, etc. They will feature local chefs as well.

What do you do when you’re not working?

I like to have people over for dinner. I really like cooking. When I’m not cooking, I hike. I spin. I do Pilates. I travel and I love spending time with my husband. My next project is to learn Greek fluently.

What is your favorite comfort food and why?

Lamb, because I grew up eating it… I actually brought a lamb’s head into kindergarten show and tell and I couldn’t understand why the teacher was mortified.

What is your signature dish?

Ever since I was a kid, I’ve been making a dish called spanakopita – spinach and feta cheese – with my dad, who learned it from my grandmother, who came here from Greece. I could eat spanakopita for breakfast, lunch, dinner, hot, cold or lukewarm. I would say that dish is the nearest and dearest to me.

What is the most challenging part about being a chef?

It’s predictably unpredictable. That’s part of the thrill. I mean, you go to work and you have a plan, but that plan is all out the window – sometimes within 30 seconds once you’re at work. But you solve the problems and you make everything happen.

Do you have any heroes?

My parents. My dad taught me how to work and gave me a work ethic and my mom…she was amazing. Everyone loved my mom because she made everybody feel special.

What advice do you have for aspiring chefs?

Just because you like to cook and you like to make people happy with food doesn’t mean you’re going to be a great chef. If you are a very organized person who doesn’t like surprises, this isn’t the work for you. This business is very hard and I don’t think people realize how much goes into it. Work in a restaurant for six months. If you really like it, put yourself in culinary school and really commit.