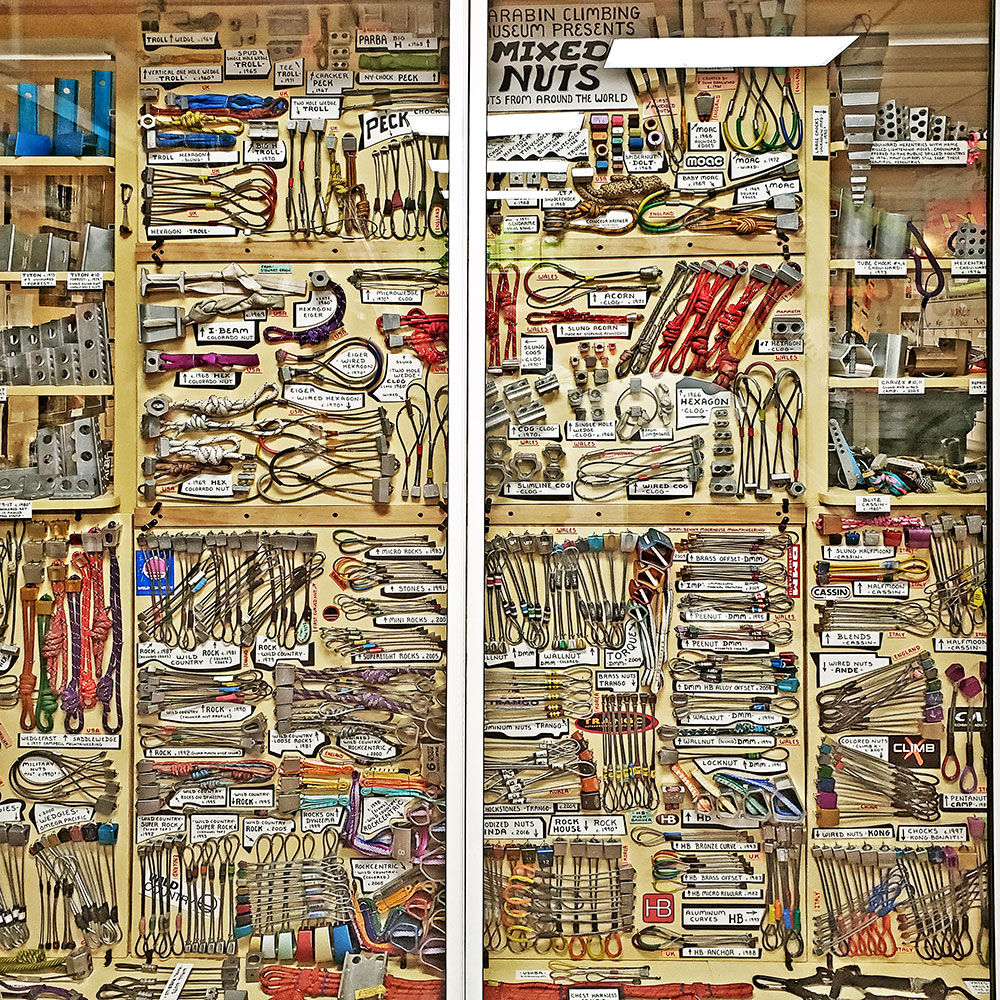 The Karabin Climbing Museum at the AZ Hiking Shack showcases all the tools that rock climbers have used in their adventures from past and present – starting from the 1960s. 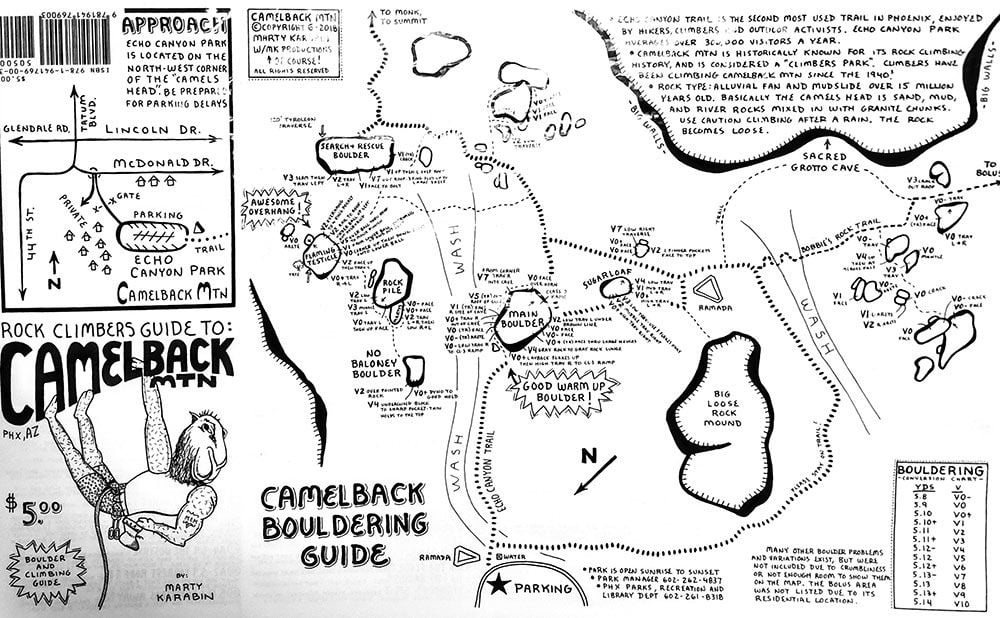 The Camelback Bouldering Guide is one of Marty Karabin’s hand-drawn maps on display at the AZ Hiking Shack. 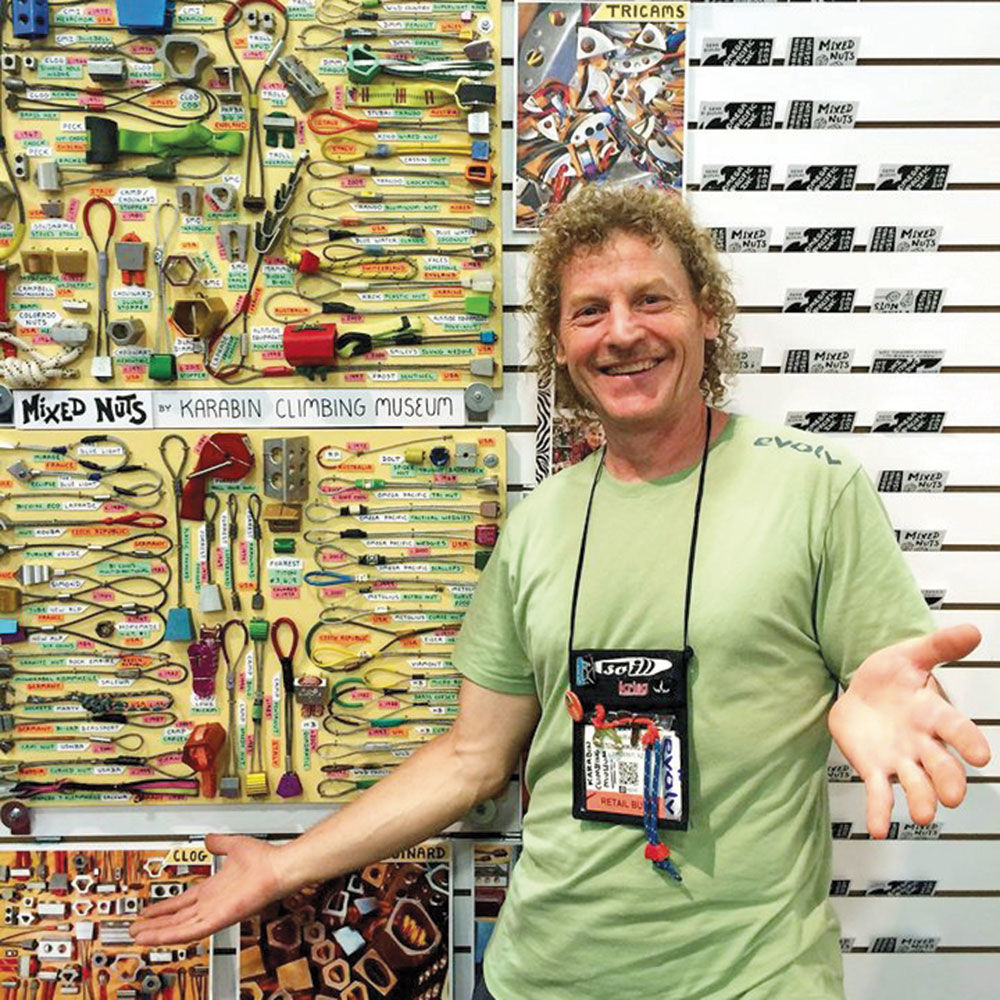 The Karabin Climbing Museum at the AZ Hiking Shack showcases all the tools that rock climbers have used in their adventures from past and present – starting from the 1960s.

The Camelback Bouldering Guide is one of Marty Karabin’s hand-drawn maps on display at the AZ Hiking Shack.

As the shelter-in-place orders subside, places like Camelback Mountain, Piestewa Peak and Havasupai Falls will start enticing those whose outdoor activities include hiking, mountain climbing and canyoneering.

And although taking precautions when you are outdoors may seem like common sense, it’s always good to have the proper equipment and knowledge before heading for the hills. These expeditions are where the Arizona Hiking Shack comes in handy.

Arizona Hiking Shack was opened in 1972. Its first location was on Cave Creek Road, but expansion was imminent, and the literal shack needed some freshening up. The business is now located near 32nd Street and Thomas. It houses 10,000 square feet of camping, rock climbing and outdoor gear.

Dale Stewart is the current owner of the Arizona Hiking Shack. “He’s been an icon in the community as far as climbing is concerned,” Marketing Manager Will Denney said. Stewart was also a guide, does ski patrol and teaches rescue techniques at Snowbowl. “He’s still all in it.”

The Shack started as a way to make sure people who were climbing the Superstition Mountains had the proper gear at all times. Denney noted because the landscape is always evolving, so too should the equipment, and that’s where they found their niche. They are one of the only places in the area that carries U.S.G.S topographic maps.

“Even though we are a small mom and pop, we have a lot to offer for anybody who wants to get out there,” Denney said.

Denney was hired by Stewart five years ago as what he calls an “old guy intern.” He takes care of the social media aspect of the business, but he and his coworkers are also part of the climbing world.

“I do hiking, but that’s pretty much the extent of my ability. All the guys up front do the climbing, outdoor adventures, backpacking and all that stuff,” Denney said.

The Shack offers hiking, camping, water and mountaineering gear – everything from shoes to tents to a little section for mining.

The shop even boasts a museum dedicated to rock-climbing gear from the past. It was started over a decade ago and includes equipment from as far back as the 1960s.

“Some guys were trading out their stuff and wanted to know if we wanted to hold on to it,” Denney said.

The curator of the museum is Marty Karabin of the Phoenix Rock Gym. He’s good friends with Stewart and has been rock climbing since 1986.

“I have been collecting climbing gear since I started climbing,” Karabin said. “The equipment came from me talking to many of the greatest climbers in the world. They saw my passion for preserving climbing gear and donated items and information to the museum.”

Karabin’s favorite item in the museum is a hipchock, which is a machined wedge of metal used to fit in cracks (of a mountain) to catch you if you fall. Today, people use nuts or stoppers. It was made in 1968 and manufactured by William “Dolt” Feuerer, who is famous for creating climbing gear and assisting the first route up El Capitan in Yosemite, CA.

“The oldest piece in the museum is a climbing rope that Dolt sold in 1959,” Karabin said. Other gear Karabin has collected over the years is housed at the Phoenix Rock Gym, the Patagonia corporate archives in Ventura, and at his house. The oldest piece in Karabin’s collection are pitons – metal stakes used to assist in climbing – from the 1880s.

Karabin also has hand-drawn a variety of maps that are available at the Shack.

“The first map I created was Camelback Mountain in 1992. Before I publish the maps, I climb every route on the mountain to make sure the route ratings and information are correct,” Karabin said. “It is a lot of work, but I have a passion for it.”

Before heading out on your next big hiking or climbing adventure, consider talking with the experts to ensure the trip is a safe one. For more: azhikingshack.com.

Sorry, there are no recent results for popular articles.