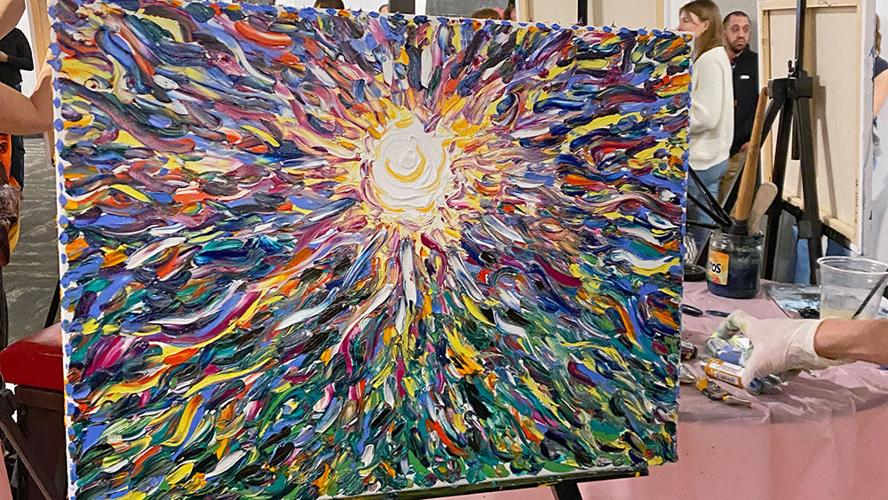 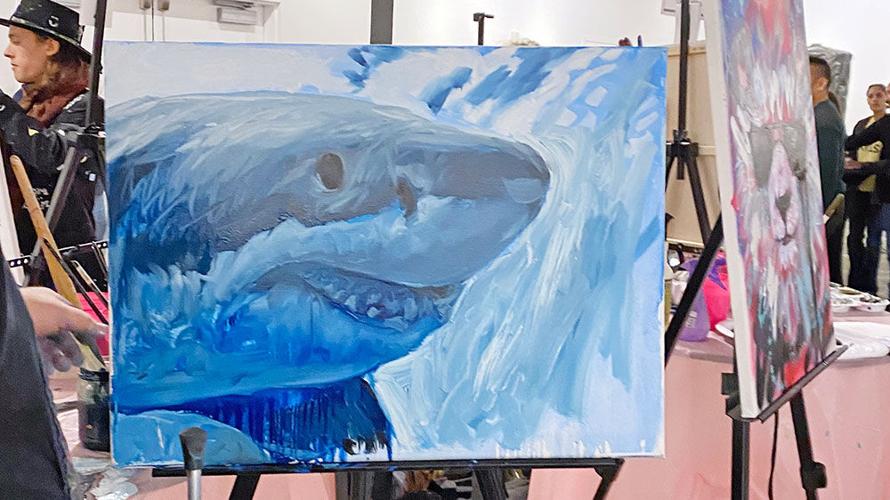 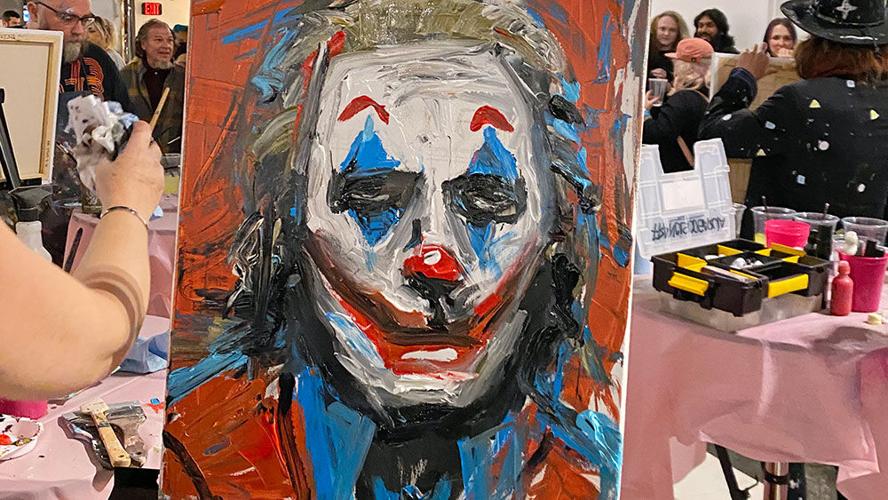 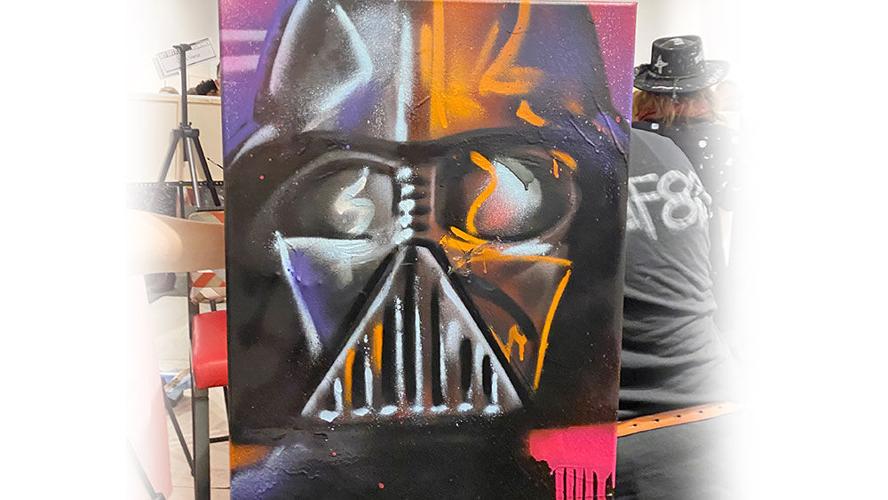 In November, an action-packed art competition took over FOUND:RE Hotel in downtown Phoenix, bringing the community together to cheer on local artists as they got their creative juices flowing.

While the event isn’t new to Phoenix, this is the first time FOUND:RE Hotel hosted the competition, connecting guests to the city’s impressive arts and culture. The competition was an opportunity to remind the audience that art is for everyone, according to Michele Rykalsky, marketing director of FOUND:RE Hotel.

“We want the community, as well as guests, to feel the vibrancy of the art scene and to see the immense talent that Phoenix has to offer,” Rykalsky said. “This event is important to the community because it brings people together despite any artistic background.”

Art Battle Phoenix is part of a series of tournaments across the world. It originated in New York City in 2001 as a way for artists to compete in a friendly environment and let the audience decide their champions.

The program has grown considerably since then through collaborations with MTV and the Metropolitan Museum of Art. Some Art Battle creators even tour across the country and internationally, displaying their skills for a wider audience.

“We found the event from a Seattle-based battle and thought Arizona artists deserved a bit of the spotlight,” Rykalsky explained.

Designed to inspire appreciation for the arts, the fast-paced tournament format included two rounds of six artists. Eleven of the 12 artists were pre-selected, with one wild card name pulled from a hat. The competition was open to all styles and levels of experience, as interested artists only needed to register and provide a few sample photos.

After an appearance by a past Art Battle champion from Arizona to open the night, the battle began. Competitors were given basic acrylic paints and could bring their supplies, like spray paints and pastels. In each round, the artists had 20 minutes to create artwork on any subject they chose.

Despite the challenge, the talented artists delivered, impressing a healthy crowd of over 100 people with their speed and creativity. At the end of each round, the audience voted for their favorite artwork via phone. The top two advanced to a third and final round to compete for the championship, also decided by audience vote.

Bjorn Bengtsson and Chris Vena made it through the first round and were joined by round two finalists Jody Livingston and Douglas Weber. Vena was crowned the overall winner, taking home a cash prize, while Livingston was runner-up.

Not only did the audience have the important task of deciding on a winner, but they also got to bid on their favorite works of art, available for sale through an auction. All artwork was sold throughout the night, a testament to the artists’ talent and community support.

“The highlight was experiencing the community’s creativity and seeing paintings come to life in 20 minutes or less,” Rykalsky said. “The audience enjoyed walking around the easels and seeing the artists’ work in real-time. The artists enjoyed the experience and energy the guests brought to their work.”