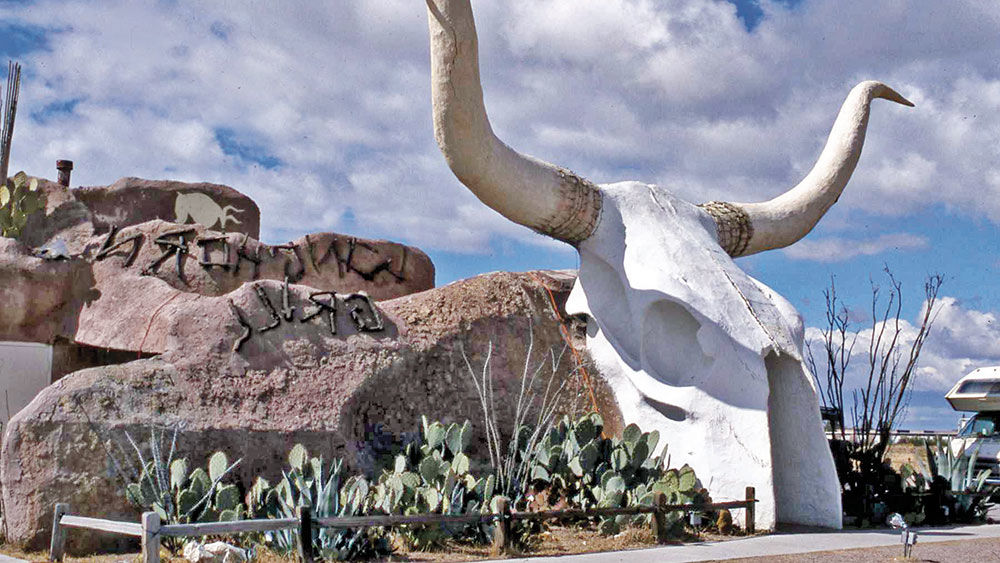 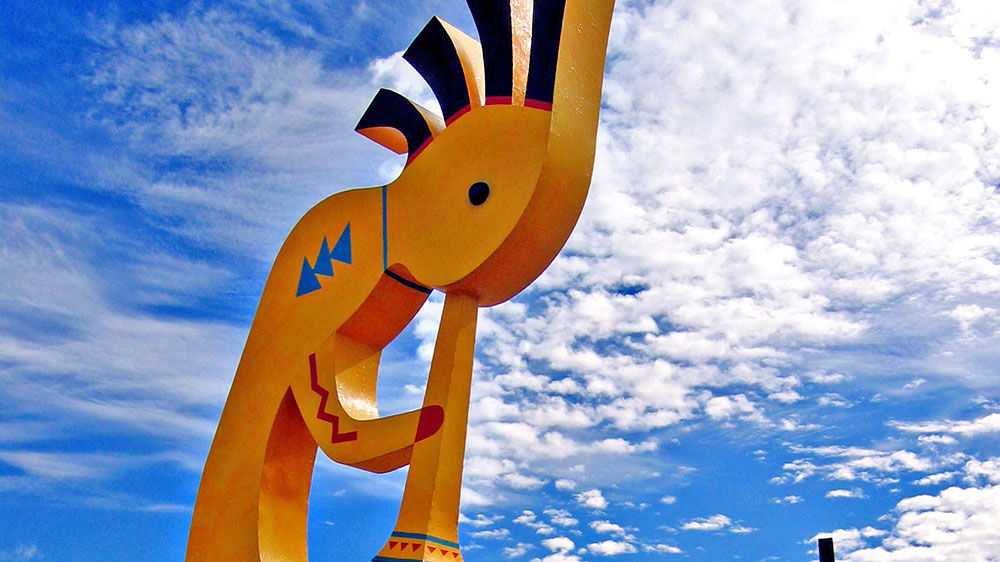 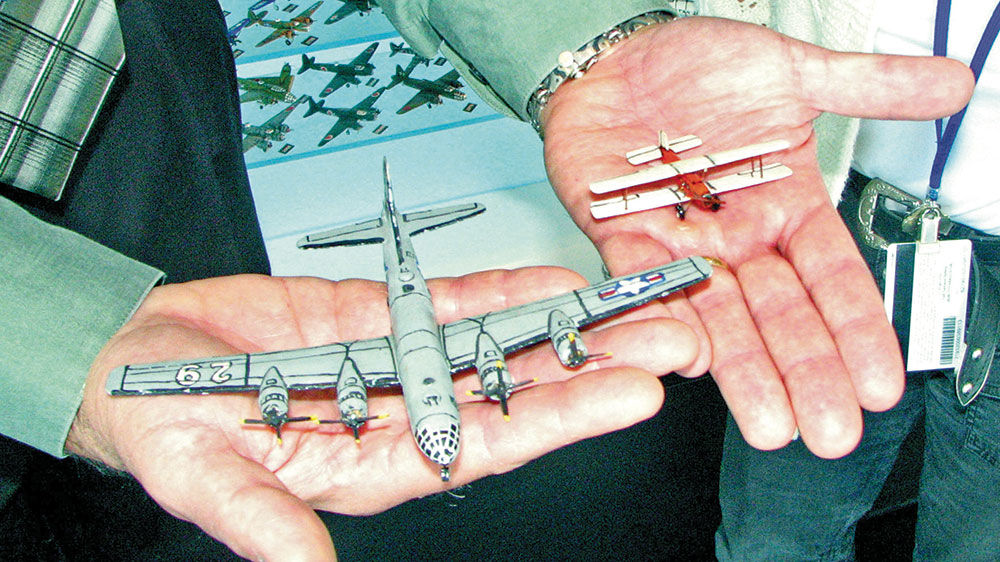 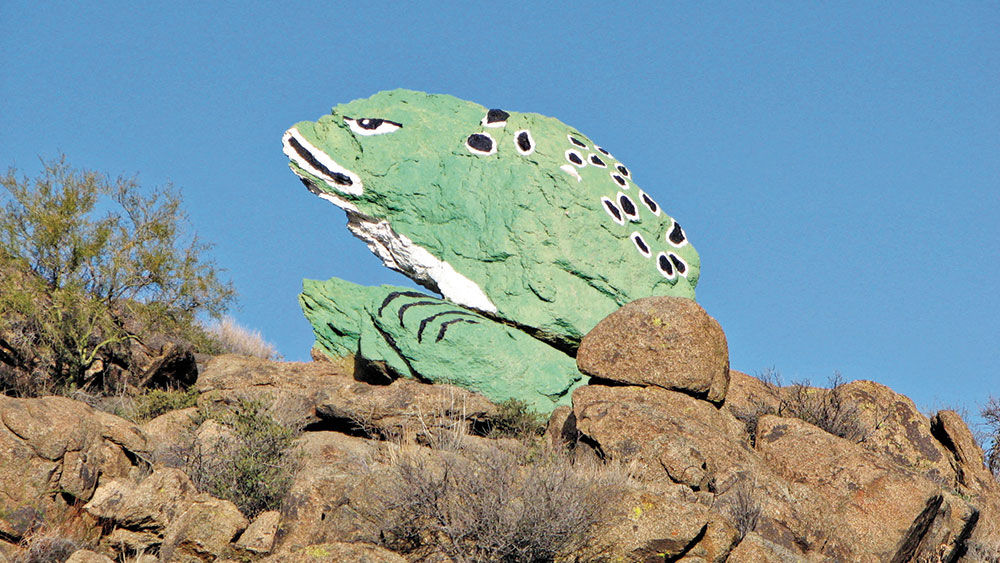 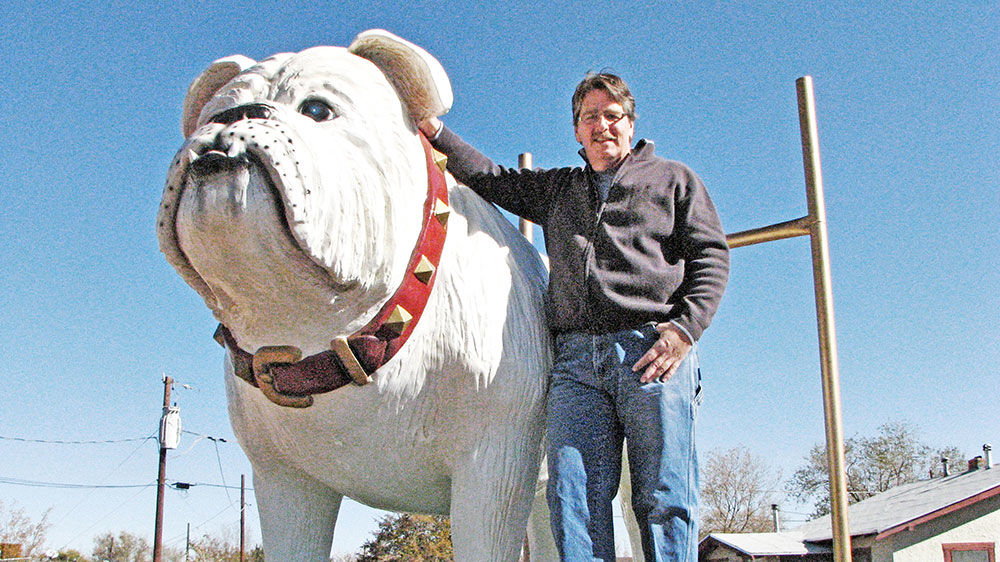 Some are well-known, like the Grand Canyon and the world’s largest stand of Ponderosa Pine, located near the Mogollon Rim. However, others don’t get nearly as much publicity.

In Yavapai County, two huge boulders underwent a sort of metamorphosis and emerged as a giant frog and an enormous human skull. The world’s largest frog sits on a small hill just north of Congress. It spent most of its life as a 14-ton boulder, but in the 1920s, a local housewife and her sons applied green, white and black paint to convert it into a gigantic croaker. Residents now apply fresh paint whenever the colors fade.

Near Hillside, a 20-ton rock acquired a degree of notoriety in the early 1900s when railroad crews assigned to install crossing signs used leftover black and white paint to turn it into the world’s largest skull. Before passenger service stopped on the nearby tracks, railroad conductors regaled riders with wild tales about ghosts and skeletons just as the train rounded the bend, and the extra-large skull popped into view.

The Longhorn Grill in Amado is aptly named because it’s located inside the world’s largest cow skull. Initially created as a prop for the movie Alice Doesn’t Live Here Anymore, the concrete and mesh cow head has a longhorn spread of 30 feet.

In Tucson, the world’s largest rattlesnake is a pedestrian bridge over Broadway Road. It’s 300 feet long, 16 feet high and 16 feet wide and made of steel floor grating and rubber sheeting. Iron beams represent fangs at the entrance, and a rattle-shaped sensor emits an ominous buzz at the other end when pedestrians wander by.

One of Arizona’s major tourist attractions is the London Bridge in Lake Havasu City. The bridge was purchased in 1968 for $2.4 million and was named the World’s Largest Antique Ever Sold by the Guinness Book of Records. The McCulloch Corporation bought it, broke it into manageable pieces, shipped it from London to Arizona and rebuilt it for a total cost of $5 million, all to spur interest in the development project along the Colorado River.

Nature created the Tonto Natural Bridge, also known as the world’s largest natural travertine bridge. Located northwest of Payson, the span rises 183 feet high over a 140-foot tunnel. Now, it’s a state park, and visitors who want to walk through the tunnel should bring proper footwear because the surface underneath is wet, slippery and rocky.

There’s also the world’s largest collection of miniature airplanes, which is housed in the Hazy Library at Embry-Riddle University in Prescott. The display features tiny but exact models of 5,825 planes and other flying machines, all built to 1/18th of an inch to one-foot scale by the late John Kalusa, who spent a half-century carving each plane by hand.

Sometimes, big things get relegated to lesser stature by even larger objects. Such is the case with the fountain that gives Fountain Hills its name. Originally the world’s tallest fountain, it had to undergo a name change when taller fountains were created in St. Louis and Dubai. So now, the Fountain Hills fountain, which operates year-round, is known as the world’s tallest continuously running freshwater fountain.

Two of Arizona’s entries in the world’s largest competition might also be considered works of art. One is the world’s largest Kachina, a 39-foot concrete statue that stands guard over the Tonto Hills subdivision northeast of Carefree. It was erected by a developer in the hope that prospective property owners would consider moving to what was then “way out in the country.”

The other is the world’s largest kokopelli, which beckons tourists to a souvenir shop in Camp Verde. The fertility symbol, also known as the flute player, stands 32 feet tall, is painted bright yellow and is perched on a six-foot base. Made of welded steel, it weighs 5.5 tons, which keeps it safe from shoplifters.

Winslow boasts a couple of big things that may or may not be the world’s largest, but they’re pretty oversized and worth mention.

A mammoth-sized fiberglass bulldog stands guard near the entrance to Winslow High School. It glowers about six feet above a concrete pedestal and threatens visiting teams that have to pass it en route to play the home squads, appropriately named the Bulldogs.

A short distance away, a 27-foot Indian head stares vacantly at the scenery surrounding the city’s Railroad Park. It is one of more than 50 crafted by artist Peter Toth in recognition of injustices he felt were committed against Native Americans. Toth created one in every state and several Canadian provinces.