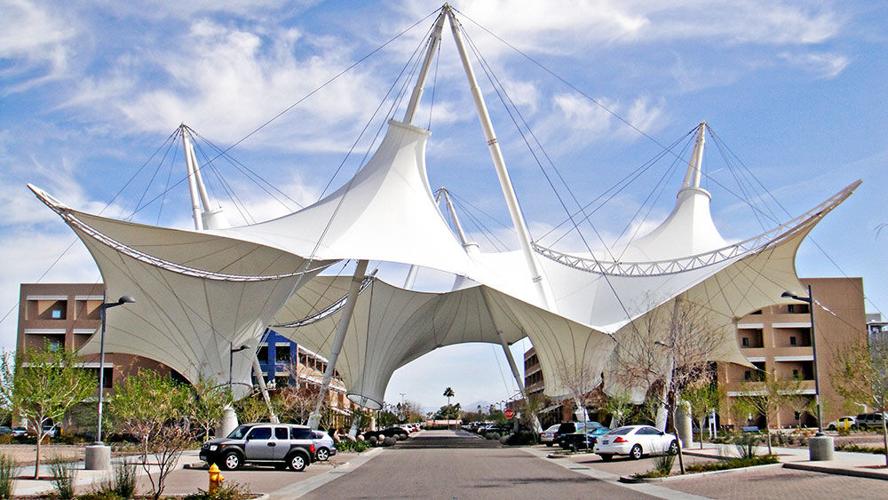 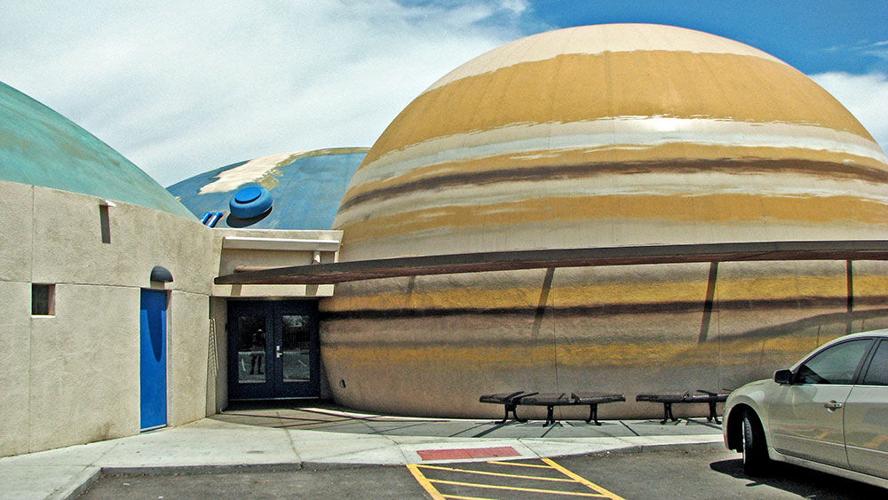 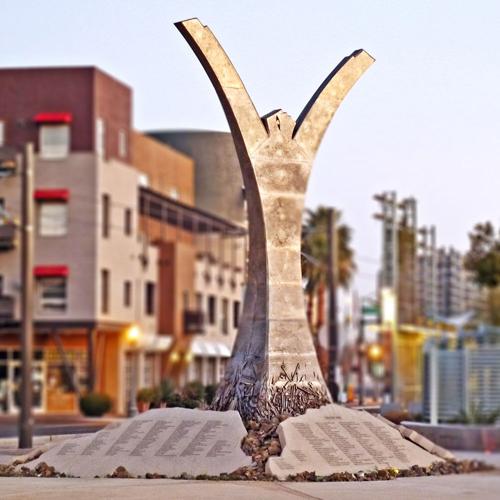 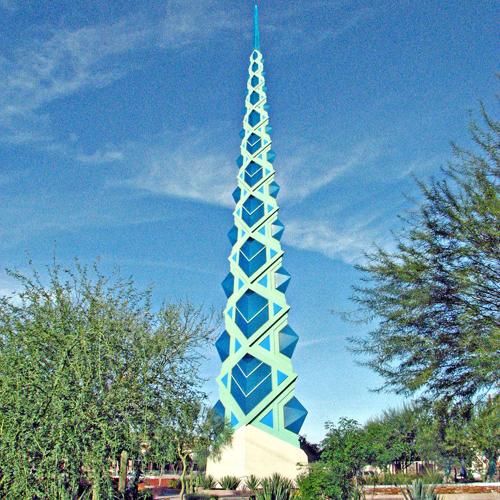 What’s that pointy thing sticking up on the corner of Scottsdale Road and Frank Lloyd Wright Boulevard in Scottsdale?

Back in 1957, famed architect Frank Lloyd Wright designed a new Capitol building for Arizona, to be located in Papago Park. The design included a distinctive spire rising from the center. The state rejected Wright’s proposal, so the project was scrapped. In 2002, the developers of Scottsdale Promenade needed an attention-getting landmark, so they dug out Wright’s plans and determined that the spire would be ideal. Work began on the 40-ton structure in 2003, and it was installed in 2004 at the cost of one million dollars. It rises 127 feet and is composed of 1,700 pieces of steel and translucent panels. At night, 142 eight-inch lamps illuminate the spire from the inside, casting a bluish hue for more than a mile.

Does that sculpture on the corner of Central Avenue and Roosevelt Road in Phoenix have a name?

Indeed it does. It’s called “Release the Fear,” and it’s made of melted down firearms. Artist Robert John Miley spent more than a decade turning guns into art, and the result is a steel sculpture that weighs 17,000 pounds. Four tons of the material came from guns that were used in the commission of violent acts. They were confiscated by various law enforcement agencies across Arizona, which donated them to Miley when they heard of his project. The weapons were melted down and then recast, some of them back into the shape of the guns that make up the statue’s base. Miley used students and criminals as his workforce. The young people came from neighborhood schools; the convicts were chain gangs who volunteered to help. The work drew some initial criticism, including one from a fellow artist who noted that “it looks like a Gumby.” But the same artist later commended the piece, which now stands as a sort of symbolic landmark for the rejuvenated Roosevelt Row.

Is that thing in Scottsdale a giant circus tent or a gigantic yacht?

It may look like a tent big enough to hold a multitude of trained elephant acts or a sailing ship large enough to contain both the Nina and the Pinta. It’s actually part of SkySong, more appropriately known as Arizona State University’s Innovation Center, which takes up a lot of ground on the southeast corner of Scottsdale and McDowell Roads. The mixed-use project will eventually consist of 1.2 million square feet of office, research and retail space, plus a hotel and conference center if all goes as planned.

The big, white, sail-like structure that towers over the project soars 125 feet above the surrounding buildings and contains 50,000 square feet of Teflon-coated fiberglass material. The architects designed it for shade and to withstand dust storms, summer monsoons and blustery winds. They didn’t have to concern themselves with making it snow-resistant.

What are those round-roofed buildings east of downtown Phoenix?

They are the Robert L. Duffy High School, which takes academic architecture to the outer limits of our universe. All four buildings on the campus are large monolithic structures with domes painted to look like Earth, Neptune, Saturn and Jupiter. Despite their unusual exteriors, all four function as regular classrooms. Inside, they feature a gymnasium, basketball court, rooms for classes (including astronomy courses) and a daycare center. Each building is solar-powered and equipped with the latest technology. The school opened in 2010 and can accommodate 240 students once regular schedules resume after the current pandemic. It’s located near 24th St. and Jefferson.