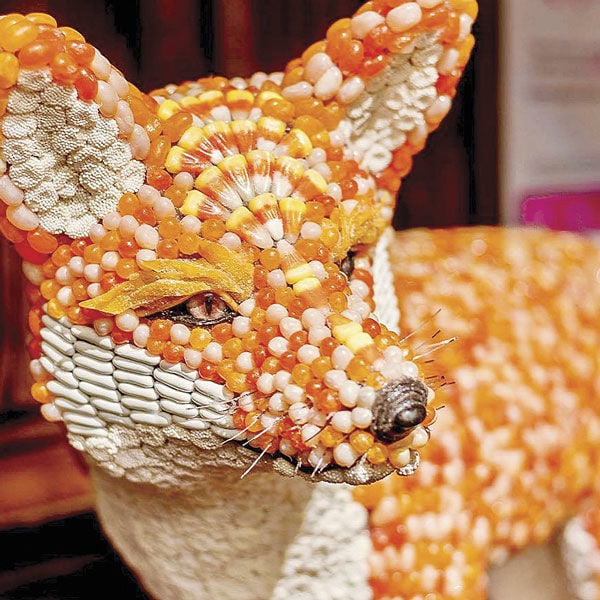 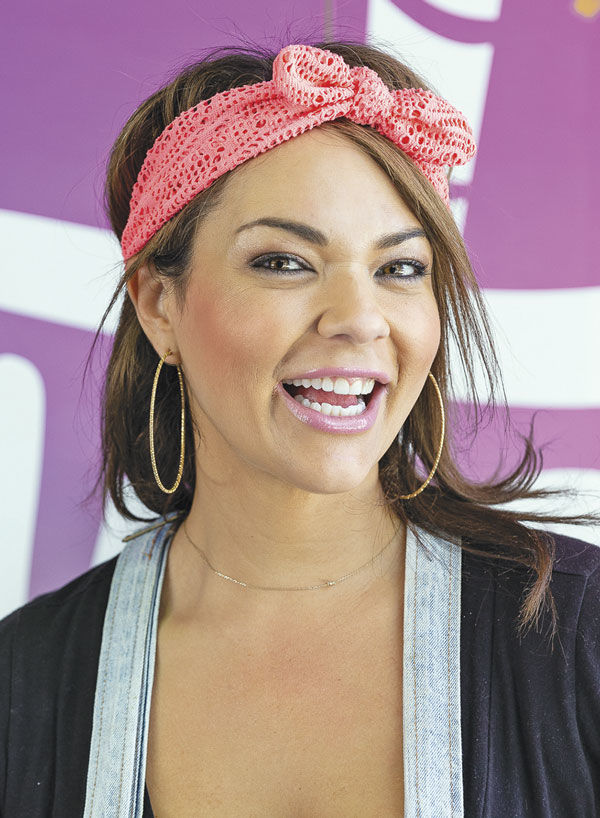 As a child, artist Jackie Sorkin had a small obsession with Willy Wonka & the Chocolate Factory. Not necessarily Wonka himself, but with the plot of the film: a person who doesn’t come from a lot can still find him or herself with a golden ticket. And Jackie’s golden ticket, it turns out, is candy.

Sorkin was born in Hollywood and grew up in Orange County, California. She also spent time living in Long Beach and Compton, which is where she says she found her “hustle.”

“I didn’t come from the silver spoon life. As cliché as it is, I always tell people to dream big. That’s what I did and I love that message,” Sorkin said.

She always found herself decorating and creating during her free time. It wasn’t until she realized that she could use candy as a medium that her work as an artist took form.

“Candy was a thing that I always loved. There are endless opportunities, colors, shapes, textures and flavors. I started off creating candy trees, candy portraits, candy pictures. I loved it so much as I child I realized, oh my God, I could create amazing stuff out of this,” Sorkin said.

Sorkin is also the founder and creator of Hollywood Candy Girls, an event catering company. She’s also starred in her own television show on TLC called Candy Queen – a nickname that fits her well.

“They gave me my own show about my crazy life and my love of candy,” Sorkin said.

When Candy Queen aired on TV, it was discovered that Asian audiences loved the show so much that they asked Sorkin to go to Taiwan and create a whole new concept – a larger-than-life candy world.

“I come from a place where it’s ‘no fear, no opportunity too big’ and I went for it,” Sorkin said.

The first “candy-art” installation, Hollywood Candy Queen Kingdom, was an exhibit that visitors could walk through where every piece and every sculpture was crafted from sugary goodness. It was only supposed to run for a year, but it became so popular that the kingdom was open for four years all around Southeast Asia. After that, Sorkin created another “world” in China that was bigger and better – and she decided it was time to bring her craft to the U.S.

“People called me crazy my whole life. They were like ‘What is this chick doing with all this candy?’ They thought it was nonsense. And I kept saying, ‘No, this is amazing.’ I truly believe and love what I’m doing so I learned to tune them out,” Sorkin said.

Two years ago, Sorkin noticed the popularity of the traveling “pop-up” art installation concept and thought to herself, “Okay, it’s time.”

Sorkin gathered her partners, events and production design expert Zac Hartog and retail veteran John Goodman, and Candytopia opened in 11 U.S. cities just under two years ago. Since then, Candytopia has seen over 1.5 million guests.

From the outside, Candytopia at Scottsdale Quarter looks like a normal building. On the inside, however, is a candy-lover’s paradise, from the Willy Wonka-esque gates that lead to the first room to the trunks full of candy placed throughout the installation.

Once Sorkin decides what kind of sculpture to create, a team of engineers creates a CAD and 3D design of the project. After the foundation of the sculpture is built, Sorkin goes through the “candyfication” process, where she will decide what kind of candy best represents the subject. When that’s done, the team uses a few other materials to treat and preserve the piece.

“We have to decide ‘How are we going to make this piece come to life?’ and then we just play to create the color schemes – we play, we fight, we eat a lot of candy,” Sorkin said.

Depending on the size of the sculpture, it can take from five to 45 days to complete. At the Scottsdale location, there is a shark made with 20,000 pieces that took 137 hours to create.

Inside Candytopia, guests will find an Under the Sea room, Jungle room, Mirror room and a nod to Arizona with western-themed sculptures like a jelly-bean cowboy and a Grand Canyon portrait.

There are also flying unicorn pigs, a confetti room (be careful – the pigs shoot confetti out of their behinds), and at the conclusion of the tour, a massive “marshmallow” pit that guests can swim around in, complete with 250,000 foam pieces shaped to look like the campfire treat.

Sorkin says the pop culture aspect is one of her favorite parts and loves to see people interact with them.

“There is a time for seriousness, but it’s not at Candytopia. This is a time for fun. This is a place where people can come escape, be weird, eat candy and have a great time,” Sorkin said. “We try to avoid calling ourselves a pop-up. We call ourselves a mini theme park because it’s so interactive and fun.”

Candytopia will be open at Scottsdale Quarter until December 29. For more: candytopia.com.