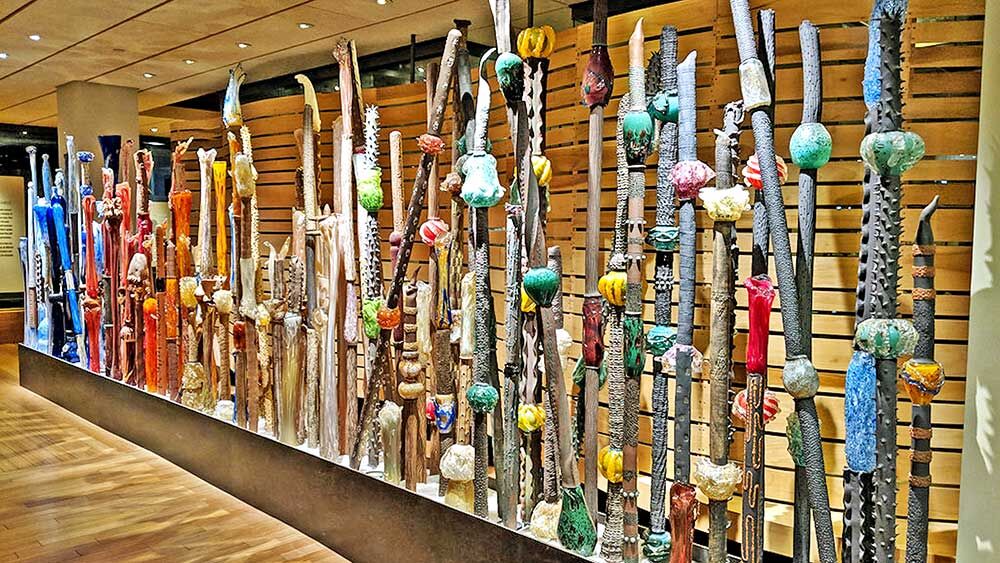 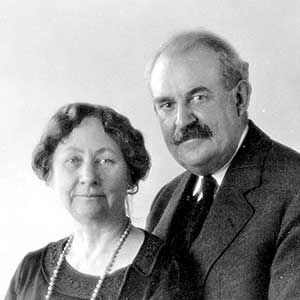 Dwight B. Heard and his wife Maie.

The Heard Museum is synonymous with culture and art in Phoenix, and this year, the Native American museum is celebrating 90 years.

This year’s exhibit, Larger Than Memory: Contemporary Art from Indigenous North America, was the largest exhibition of contemporary art the museum had ever hosted. It included 24 artists and collaborators from North America and it has received nationwide acclaim.

For 50 years, the Heard has positioned itself as a “living museum” that showcases modern Native American artists.

In 1929, a wealthy Phoenix couple, Dwight and Maie Heard, founded the Heard Museum. Dwight passed away a few months before it opened, so Maie directed activities for two decades.

The museum originally displayed a collection of Native American artifacts. While history remains unclear as to why or how the couple became interested in indigenous people’s art, their fascination with it seems to have been a family affair. Maie’s sister, Florence Bartlett, was an art collector and founder of the world’s first international folk art museum, the Museum of International Folk Art in Santa Fe, N.M.

Throughout the 1920s, Phoenix’s population and industry boomed. High-rise buildings were being built, and the Arizona Biltmore and Sky Harbor airport opened the same year as the Heard. And by 1929, Arizona tourism had brought in $10 million.

Unlike other towns being industrialized during this era, Phoenix lacked the artistic institutions, like museums and liberal colleges, necessary to shape a city’s cultural awareness.

The 1920s and 1930s were an especially controversial time for Native American history in Arizona. The wounds from the American-Indian Wars were still fresh; the dust from the Westward Expansion was settling, and surviving Native Americans were demanded to assimilate. In the 1920s, Phoenix still experienced segregation in schools, restaurants and stores. Many minority neighborhoods were located just outside of the city.

Native Americans were granted American citizenship in 1924, and ten years later, under the Indian Reorganization Act (or the Wheeler-Howard Act), they were given the right to govern their own land. Their right to vote was decided by individual states, and Arizona allowed Native Americans to vote in 1948.

When the Heard opened, Native Americans had been stripped of their culture, land and ability to speak for themselves legally. Any organization’s attempts to be a “cultural” center point were built largely on an interpretation of Native American culture versus first-account knowledge.

Unless a Native American person handed a piece of art to a person, the grounds on which collectors obtained artifacts were questionable by today’s standards. Throughout the 20th century, museums and auctions across American found themselves in legal disputes with tribes due to the display and selling of ceremonial and culturally significant items. Despite any good intentions a collector might have had, most of these items were considered stolen.

In the 1950s, after Maie died, the museum began to expand in its size and spirit of collaboration. By then, Native Americans had started to get involved with the Heard Museum, first as trustees and then as staff members. Over the next several decades, the museum went through a series of significant renovations and developments.

It was at this time that the modern Heard began to take shape. The museum transformed from an institution that placed the Native American spirit in a glass case as “a people of the past” to a platform for contemporary Native American artists.

Despite COVID-19, the museum has a full calendar of art exhibits, musical performances and even museum yoga.