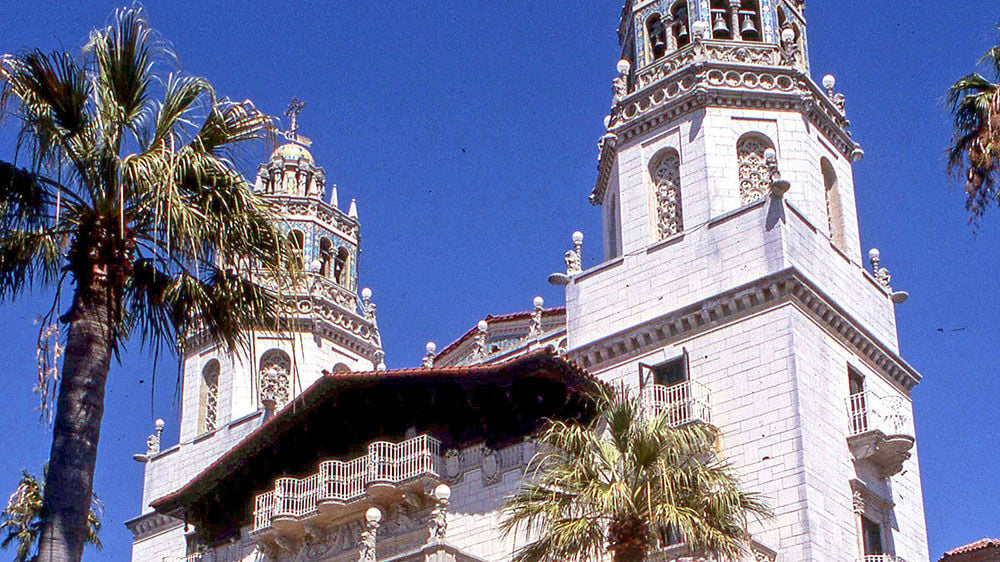 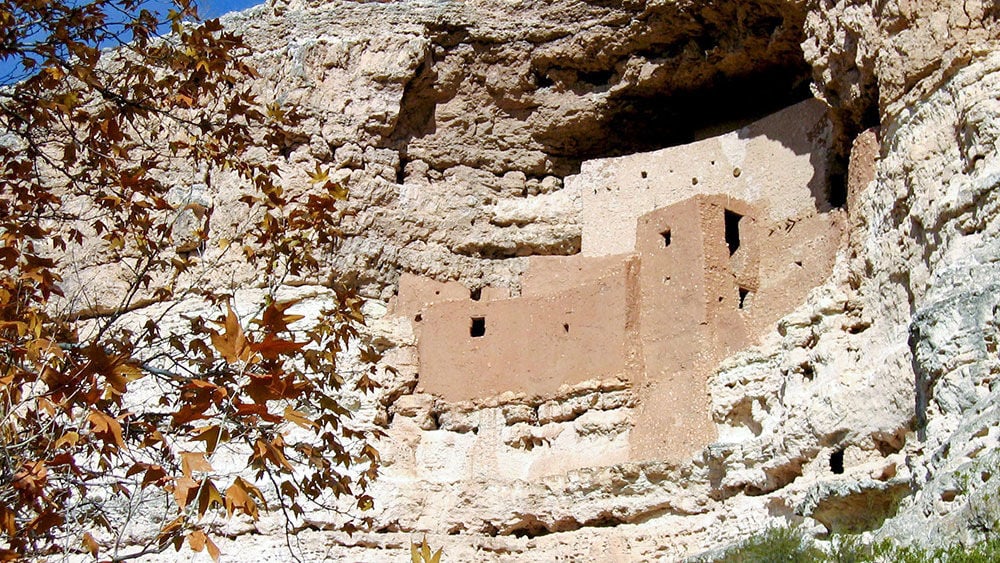 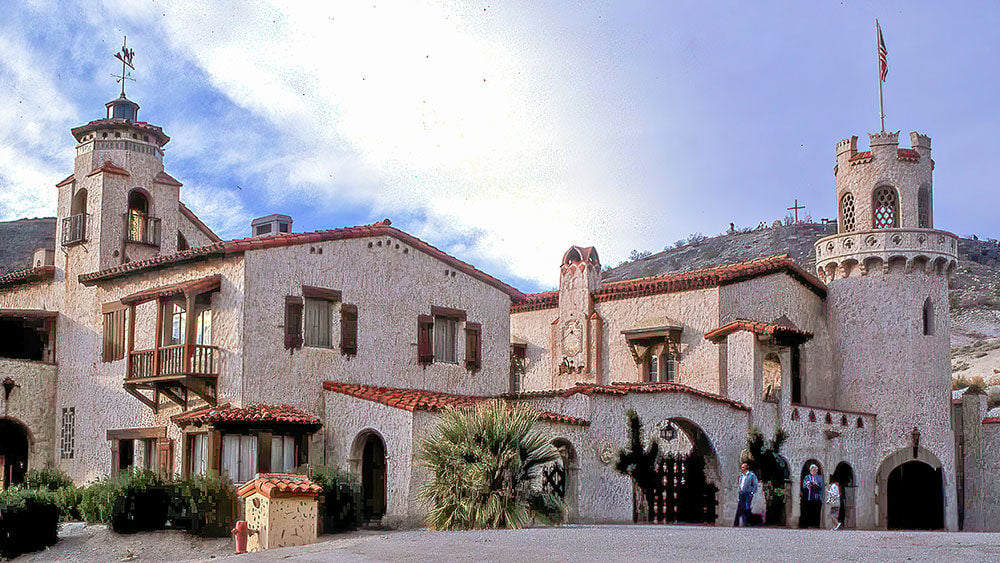 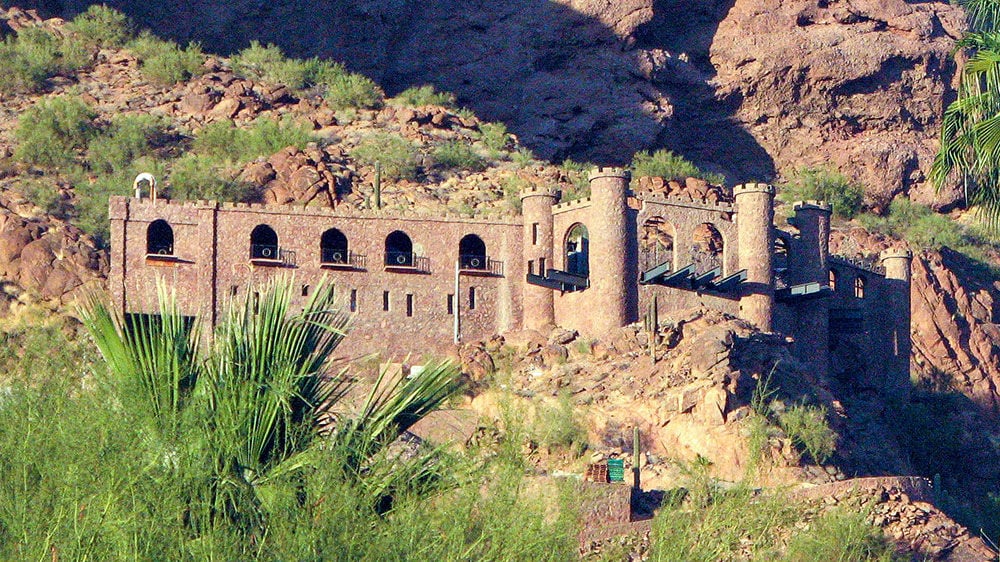 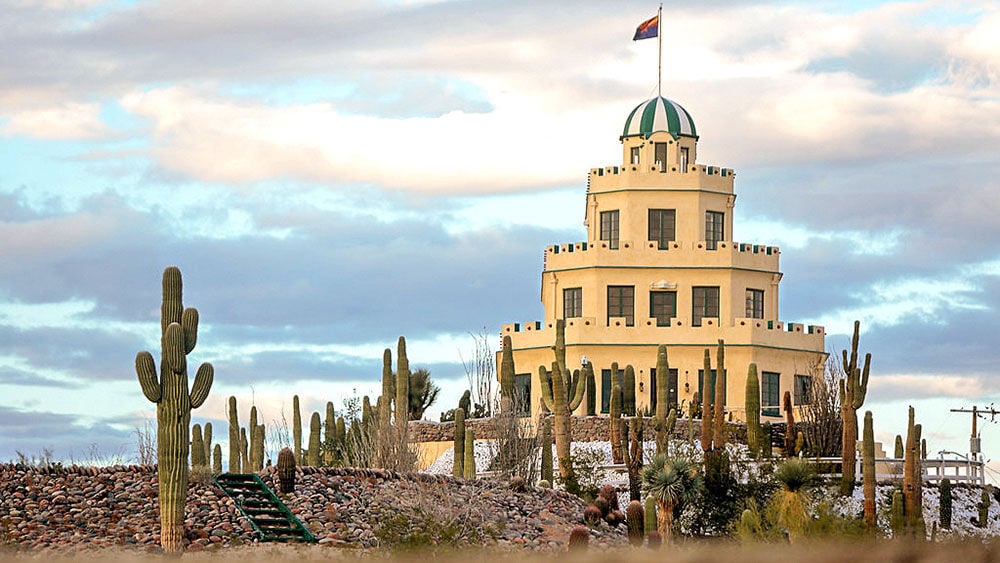 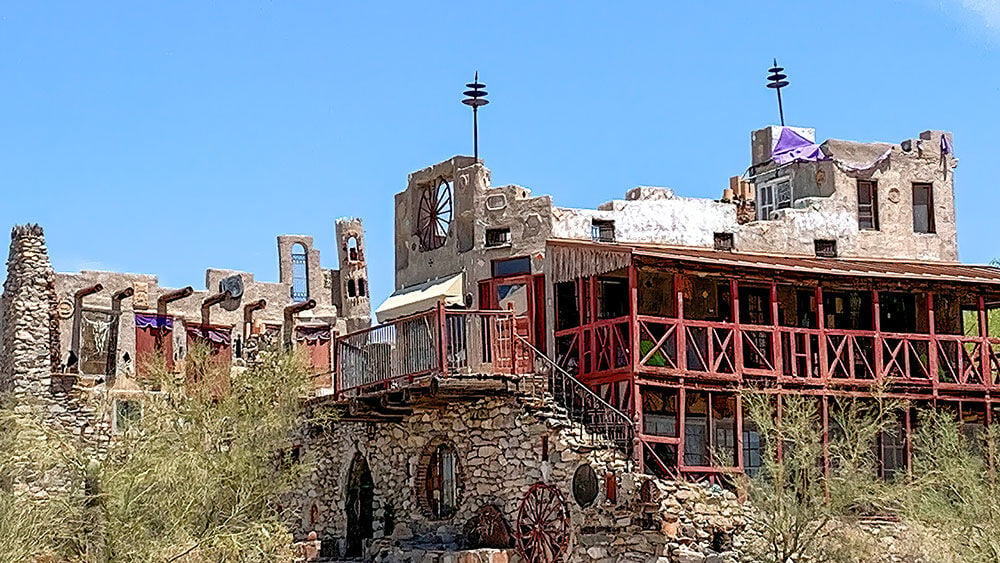 Like most youngsters matriculating in distant places, one of my childhood dreams was growing up and living in a castle. Only half of it came true – I grew up. On the other hand, I have visited several castles around the world. And the good news is that some of them are near my present home. The bad news is that, although they’re called “castles,” some of them are castles in name only.

Two that do live up to the name are in California. The most magnificent is the Hearst Castle, once the residence of newspaper magnate William Randolph Hearst. My initial visit there involved a misunderstanding due to my years as a newspaper employee. When asked if I wanted to go there, my response was something to the effect of, “Not really. I’ve been to a lot of newspaper guys’ houses, and they’re nothing special.” It turned out that not all newspaper guys live in the same kind of domiciles.

Hearst’s place, located in San Simeon, has 56 bedrooms and 61 bathrooms. Built on a 120-acre site, it also has indoor and outdoor swimming pools, countless works of art that Hearst bought and imported from Europe, 19 sitting rooms, and a full-size movie theater. Construction started in 1919, and when it was finished, the place hosted luminaries ranging from the Marx Brothers to Winston Churchill. After he died in 1951, the castle was deeded to California, then turned into a state park. It is still inhabited by descendants of the exotic animals originally installed on the grounds.

My travels also took me to another castle due to a slight misunderstanding. While driving along Highway 95 in western Nevada, I spotted a small sign that said “Scotty’s Castle.” I thought it referred to a house I had read about that was built with empty beer and wine bottles, so that made it worth a side trip into California. Wrong again.

Built by Chicago millionaire Albert Johnson in the 1930s, it is a combination of Spanish Colonial Revival and Mission Revival architecture, and it’s two-story huge. Johnson had it constructed for health reasons and only lived there part-time. While he was gone, he allowed Walter Scott, an old desert rat he had befriended, to take up residence. Scott bragged that it was his place, so Johnson let it go under that name. Johnson died in 1948, and his (or Scotty’s) place became a part of Death Valley National Park. Scotty died in 1954 and is buried near “his” castle. Guests can now view a 1,124-pipe organ and take an underground tour along a quarter-mile tunnel underneath the main building.

Two of Arizona’s structures were somewhat built like castles. The most famous is the Mystery Castle, located near South Mountain Park in Phoenix. It was constructed over several years by Boyce Gulley, who left his family in Seattle in the 1930s and essentially disappeared. After he died in 1945, his family discovered that he had built a “castle” for his daughter, Mary Lou, to remind her of those they fashioned in the sand near the Pacific Ocean when she was a child. Mary Lou and her mother moved to Phoenix into a structure composed of auto parts, tiles, used lumber and anything else Boyce found and put to use.

The result is an 18-room building with 13 fireplaces, winding staircases and balconies that looked far down into the Valley of the Sun. After an article about the place appeared in Life Magazine, tourists started flocking to the site, enabling Mary Lou and her mother to save their unorthodox home from developers and banks. Mary Lou passed away in 2010, but her castle is still open to tourists.

Camelback Castle, known initially as Copenhaver Castle, was built to resemble and be a real castle. Dr. Mort Copenhaver, a wealthy orthodontist, originally paid $4,000 for an acre on the south side of Camelback Mountain. He spent 12 years blasting rock from the side of the mountain, then used the rocks as a building material. When finished in 1969, it consisted of 20 rooms on eight levels, covering more than 7,000 square feet of living space.

Included were six bedrooms, 7.5 bathrooms, and an indoor waterfall cascading into one of the main rooms. Copenhaver hosted lavish and frequent parties and charitable events but lost his home to bankruptcy in 1988. The next owner met the same fate, and the structure sat vacant for several years. It is now owned by Robert Pazderka, who is orchestrating a major overhaul and renovation with plans to re-open it to the public when the work is completed.

Montezuma Castle is not a castle and never was intended to be one. The name is attributed to early white settlers who mistakenly assumed the building was erected by Aztecs fleeing Mexico to avoid Spanish rule. But the Aztecs, and therefore Montezuma himself, never got this far north. The name stuck, however, with a slight alteration. Now, it’s officially called Montezuma Castle National Monument, near Camp Verde.

Those who study such things claim the structure was erected by members of the Sinaguan culture sometime in the 12th century. It was a perfect setting, tucked away under a rock shelf above the valley below, thus protected from enemies and the elements. It stood five stories high and contained 20 rooms. After about 300 years, the inhabitants left the site in solitude until discovered by the settlers. Now it’s a major draw for tourists, who gaze in awe and wonder how they did that without Black and Decker and Home Depot.

Tovrea Castle at Carraro Heights was supposed to be a fancy resort hotel surrounded by a high-priced housing development. At least, that’s what Alessio Carraro had in mind when he built the four-story cake-like edifice on what was then the outskirts of east Phoenix.

But it was not to be. Carraro used an elongated octagon format to raise the four stories off the desert floor, then planted many flora on the grounds. An animal feedlot opened next door, which pretty much turned Carraro’s dreams into desert dust.

After Carraro gave up, he sold the property to the Tovrea family, who occupied it until 1969. The site was vacant for years until purchased by the City of Phoenix. Following an extended refurbishing project, it is now open to the public for tours and other functions.

— Sam Lowe is a former Valley newspaperman who now writes about his travels across Arizona, the U.S. and the globe.