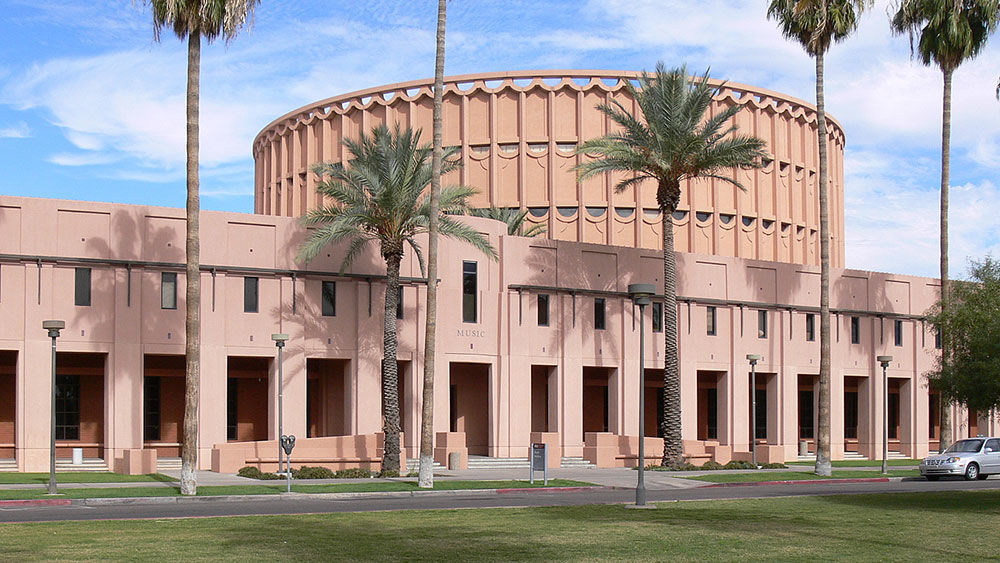 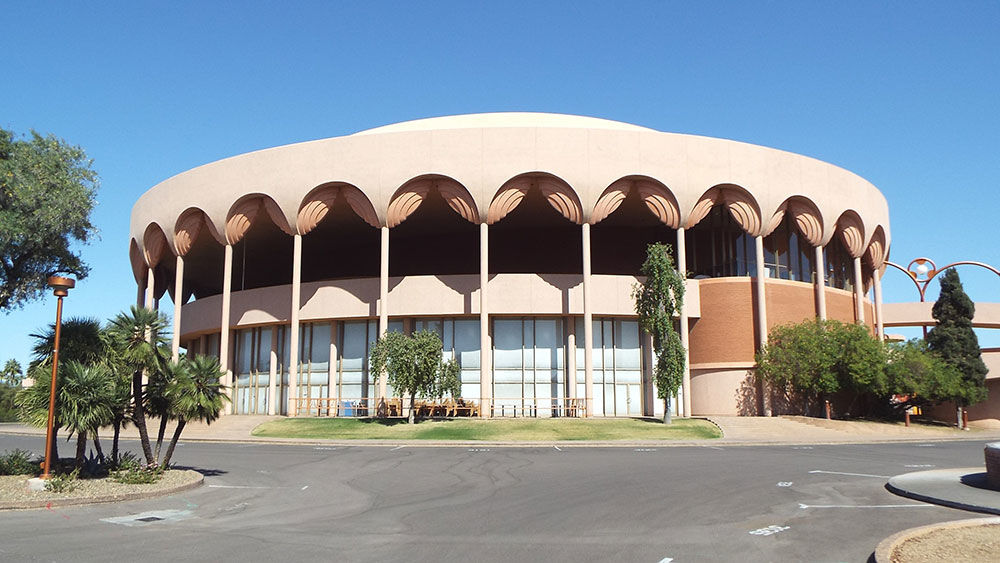 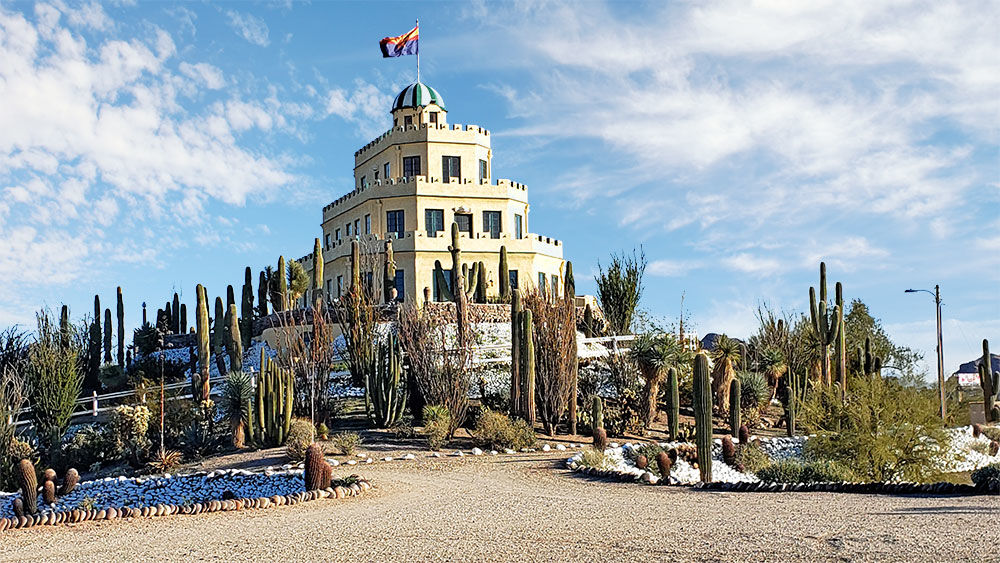 Every time I daydream while driving west along Apache Boulevard in Tempe, then turn north on Mill Avenue, I get a weird sensation that my sweet tooth needs attention. It’s nothing serious, just a fleeting thought that a big slice of cake would fulfill this imagined need.

But before taking any action, reality sets in and I realize that my momentary hunger pangs happened by two buildings that occupy space on that particular corner. One is Arizona State University’s Grady Gammage Auditorium; the other is the ASU Music Building. Both resemble huge, albeit inedible, birthday cakes.

Most of the other structures on the campus look like regular buildings. These are two classic deviations.

Grady Gammage Auditorium is the most well-known building on the ASU campus and is considered architecturally outstanding. It was designed by famed architect Frank Lloyd Wright and was initially scheduled to be constructed in Baghdad, Iraq. The plans were shelved until 1957 when Grady Gammage, then-president of ASU, expressed an interest in building a concert hall and contacted Wright about designing the structure.

Wright produced his old plans and the deal was made. Construction began in 1962. However, neither Gammage nor Wright lived to see the completion because both died in 1959, Wright at age 91 and Gammage at age 67. Wright’s son-in-law, Wesley Peters, then took the helm and oversaw the construction.

The first event staged in the $2.46 million venue was a performance by the Philadelphia Orchestra, conducted by Eugene Ormandy, on Sept. 18, 1964. The interior of the auditorium contains 3,000 seats, all of them within 115 feet of the stage. The circular exterior is adorned with columns and scallops, giving it the unique appearance of an extravagant birthday or wedding cake.

Over the years, Gammage has hosted a presidential debate, performers like Johnny Cash, Mary J. Blige and Mikhail Baryshnikov, plus world figures like Margaret Thatcher and Stephen Hawking. But it’s perhaps better known for presenting such Broadway shows as The Phantom of the Opera, Miss Saigon, Les Miserables and Lion King, to name a few.

Not more than 100 yards away, the ASU Music Building sort of mirrors the Gammage Auditorium with its round shape, massive size and swooping architectural loops. Wesley Peters designed it and it was constructed in 1970. Music students who attend classes inside refer to it as “the birthday cake building.”

The building has eight levels, three of which are underground. It houses a music theater, music library museum, music research facility, concert hall, recital halls, more than 200 studios and practice rooms, a costume shop, a piano repair shop and a hand-carved 1,800-pipe organ.

Another building that fits into the category of cake-inspired architecture is about a mile from ASU: the Tovrea Castle, which sits atop a cactus-studded hill. When he erected the building in 1928, Alessio Carraro intended it to be a resort hotel. Working without blueprints, Carraro created a structure in the form of four elongated octagons sitting on top of each other, then topped it with a windowed tower.

The result was a building that looks like a multi-tiered cake. The City of Phoenix bought the castle in the 1990s and has converted it into a tourist attraction and reception venue. It’s on Van Buren Street between 48th and 52nd Streets.