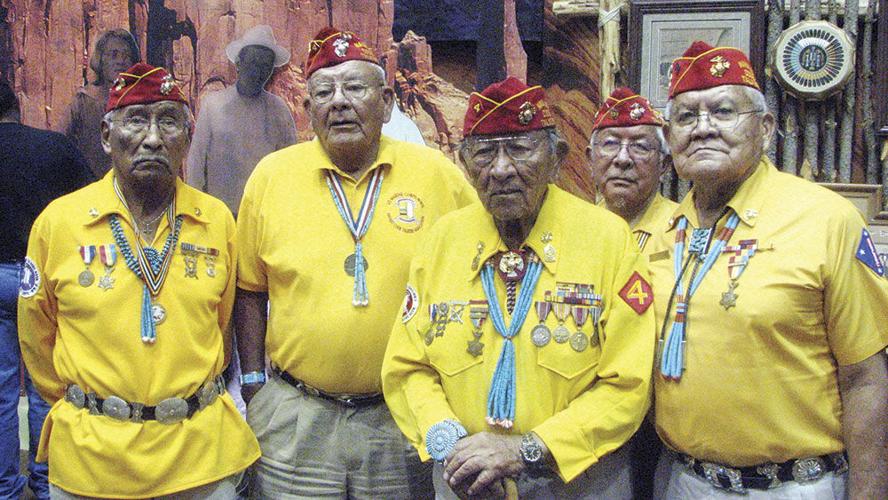 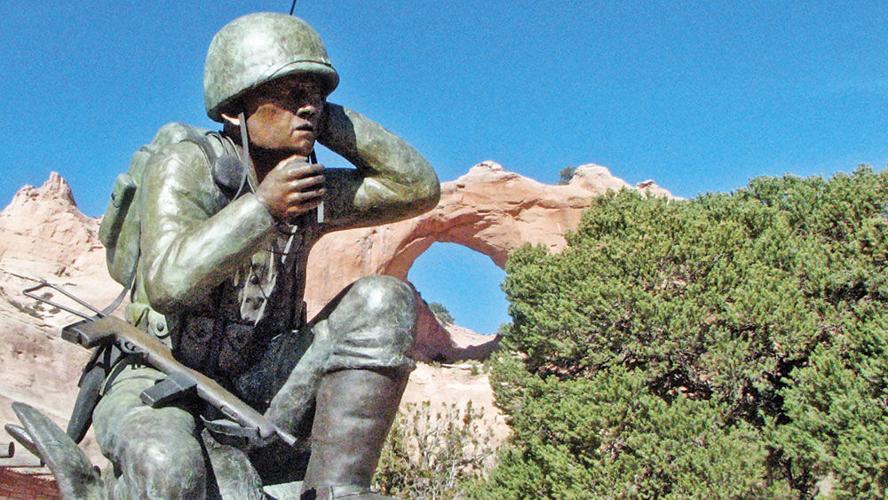 There are various memorials dedicated to Code Talkers throughout Arizona and New Mexico. 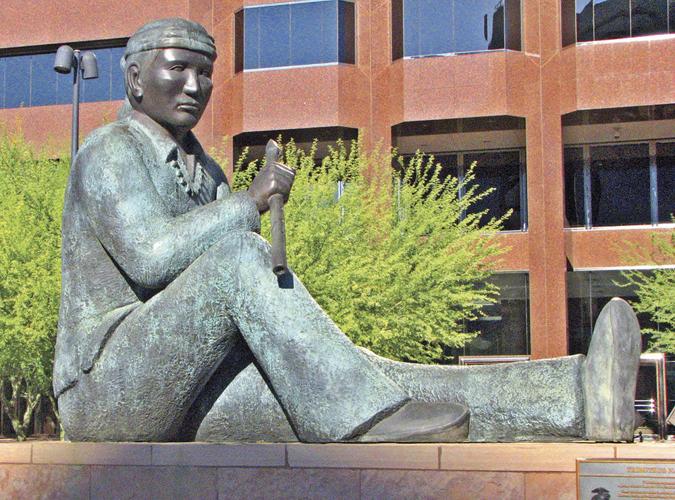 There are various memorials dedicated to Code Talkers throughout Arizona and New Mexico.

August 14 came and went relatively unnoticed for the most part, but it was a special day for a specific group of heroes. These are the Navajo Code Talkers, who played a major role in winning decisive battles during World War II. Although they were instrumental in the victories, their feats were neither praised nor recognized until 1968. Even then, their story was not widely shared.

The Code Talkers trace their origins back to 1942. Twenty-nine young Navajos arrived at the Recruit Depot in San Diego, where they underwent intensive training in radio communications and message transmission. During this time, they also developed the radio code which applied Navajo language to military phrases. By using it, the Code Talkers provided a form of communication that the Japanese could never decipher.

The new system was implemented on August 7, 1942, when 15 Code Talkers landed on Guadalcanal with a Marine division. The maneuver proved to be so successful that more young Navajos were recruited and the program was expanded across the Pacific battle zones. All of that was kept a secret until 1968 – the code was considered potentially valuable even after the war.

Today, the Code Talkers’ deeds have been examined, extolled, enumerated and even exploited in literature, movies and television. More than 500 books have been written about them. They have been the subject of several television documentaries and were the subject of Windtalkers, a full-length (and not particularly factual) movie starring Nicholas Cage. Their heroism is also recognized by a variety of museums and memorials across Arizona and New Mexico. Here are some of my personal favorites:

The most monumental, size-wise, is a huge bronze statue located on the northeast corner of Central Ave. and Thomas Road in Downtown Phoenix. It portrays a Navajo clad in native attire and holding a flute, which is considered by many Native Americans to be a symbol of the end of confrontation and the coming of peace. The statue was created by Doug Hyde and when it was installed in 1989, it was the first permanent memorial dedicated to the Code Talkers.

In the Wesley Bolin Memorial Park (near the state capitol), a helmeted bronze Code Talker crouches while talking on his wartime radio. Designed by T. Barnabas Kane and Associates of Prescott, it was installed in 2008 and rises 16 feet above the surrounding landscape. An attached plaque lists the names and history of those it honors.

A third Code Talker bronze sends messages and keeps watch at the Navajo Code Talker Veterans Memorial Park in Window Rock. This one portrays a talker in full military gear, including radio, antenna and a submachine gun. It is the work of Navajo/Ute sculptor Oreland Joe, who also created a similar statue in Gallup, New Mexico.

In Kayenta, near Monument Valley, a collection of Code Talker relics and artifacts is on display at the local Burger King. They were placed there by Richard Mike, the owner and son of Code Talker King Mike. Fearing that his father’s legacy might be lost to time, Richard installed them so the public might understand and remember. When the number of items outgrew the Burger King, Richard constructed the Shadehouse Museum next door to house the rest.

About 23 miles north of Kayenta, the Monument Valley Visitor Center has dedicated one wall to the memory of the Code Talkers, but the first official Navajo Code Talkers Museum is located in Tuba City.

The museum is in the rear of the Tuba City Trading Post and, although rather small, gives visitors the opportunity to watch a film clip, then examine displays of arms, radios and other equipment used during campaigns on Guadalcanal, Tarawa, Iwo Jima and Okinawa.

All 29 of the original Code Talkers have passed away. Five of those who came later are still alive and have all surpassed 90 years in age. For most of their lives, the Navajo Code Talkers were unsung heroes whose exploits went unrecognized. Fortunately, their legacy has now become a major part of the American history of World War II.