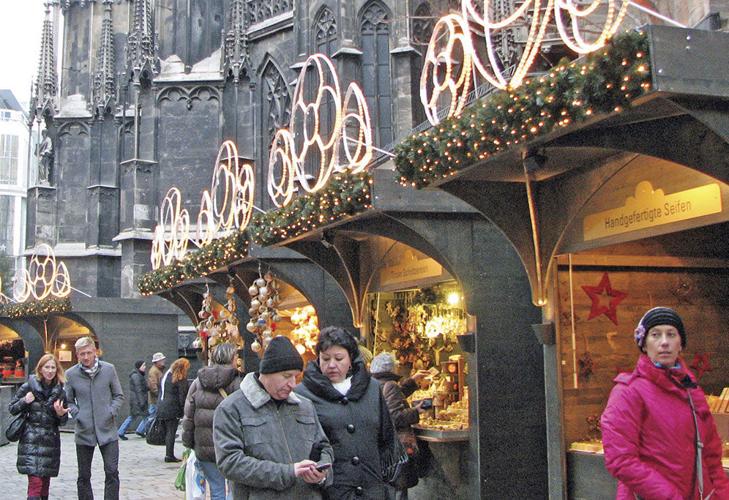 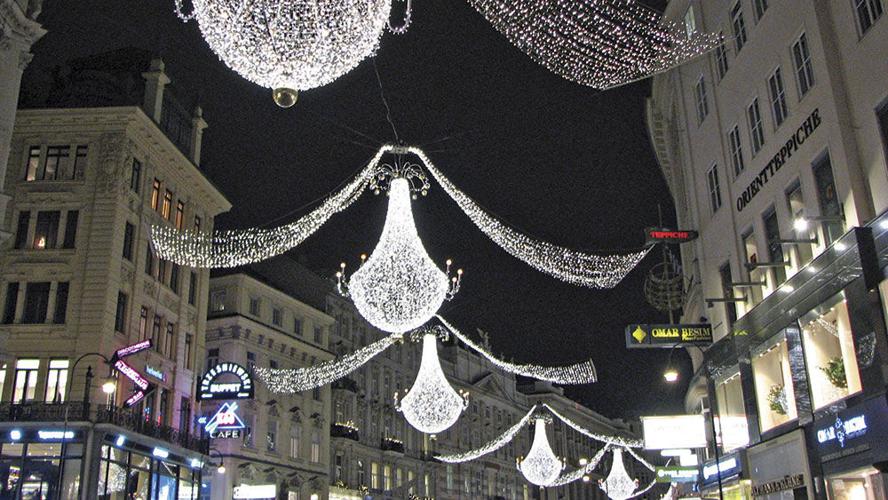 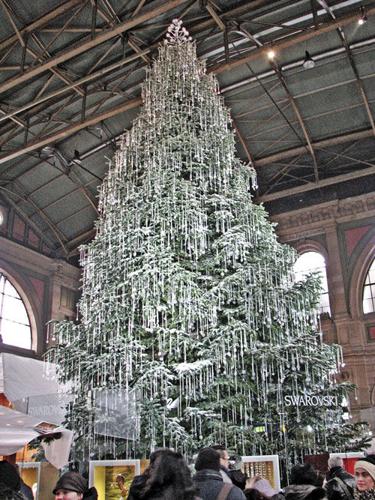 All of my early Christmas celebrations were spent on the frigid plains of North Dakota, where the festivities commonly involved long underwear, stocking caps with ear flaps, woolen shirts, the scent of freshly cut pine trees, the fragrance of warm apple cider, school kids with squeaky voices singing carols, fields covered with snow and a chill that nipped my nose.

I’m a senior now, admittedly jaded by the passage of time and wearied by the commercialism that has become an ever-increasing companion to Christmas. Those early reflections are only memories now, replaced by a merchandising fever that begins before Halloween: plastic fir trees, monotonous piped-in music and, since I live in Phoenix, temperatures in the 70s and 80s, hardly compatible with frosty mornings and the glistening whiteness of fresh snow from my younger years.

In an effort to recapture some of that long-ago spirit, my wife Lyn and I decided to embark on a tour of European Christmas markets. She’s a native Pennsylvanian, also accustomed to Yule logs, hot toddies and fur-lined boots. We selected a tour that included stops at markets in Vienna, Salzburg and Innsbruck in Austria; Munich and Oberammergau in Germany and Zurich and Lucerne in Switzerland, with side trips to the castle at Neuschwanstein and the principality of Liechtenstein.

And it was, in a word, wonderful. In a few other words: it was magnificent, soul-restoring and filled with joy.

We started in Vienna and the city welcomed us like family. Every street was festooned in brilliance. Huge orbs of sparkling red lights and giant chandeliers of dazzling white lights dangled over us as we sauntered along traffic-free streets. Carolers raised their voices above the murmuring crowds, and cathedrals opened their doors, inviting passersby inside to view their ornate interiors.

Almost on cue, a light snow fell and we became immersed in this magical time.

We allowed ourselves to become absorbed and partook in mighty fashion – bratwurst in one hand, mulled wine or hot spiked cocoa in the other, camera always at the ready. We looked at everything and bought a few things. We smiled and laughed and conversed with total strangers and wished them sincere greetings of the season.

Short bus rides then took us to Salzburg and Munich, where the scene repeated itself only with slight differences. Father Christmas, a European version of Santa, showed up in Munich to stroll through the gatherings and wish everyone good tidings. Old-fashioned sleighs commanded by costumed drivers and pulled by bell-adorned horses paraded through the streets of Salzburg.

A giant Christmas tree composed of thousands of glass crystals was set up in the Zurich train station; an oompah band huffed and puffed its way through familiar carols at a hotel in Innsbruck. Fabric angels pointed the way to a small marketplace offering homemade wares on the main street in Oberammergau.

Later, the bus chugged us across white flatlands between snow-capped mountains en route to Neuschwanstein. The storybook castle, located on a mountainside, was built by the Bavarian emperor Ludwig II, also known as Mad Ludwig. Although not embellished with as many decorations as those in the cities, it was a perfect Christmas setting – snow, towering mountains, a castle, hot chocolate and horse-drawn carriages taking bundled visitors up and back.

We spent the last two days in Lucerne, where Christmas lights draped across an ancient covered bridge illuminated the way to the crowded markets. Next to the booths, a huge Christmas tree kept silent, colorful watch over a hand-crafted Nativity scene.

Our trip came to an end way too soon, and we headed back home. Not much had changed during our absence. The signs and commercials still screamed “Buy! Buy! Buy!” The malls were still blaring rock ‘n’ roll renditions of Silent Night. The cacti were still adorned with Santa hats, plastic ornaments and red and green lights. But we were refreshed. For a short time, we had rediscovered our Christmas spirit.