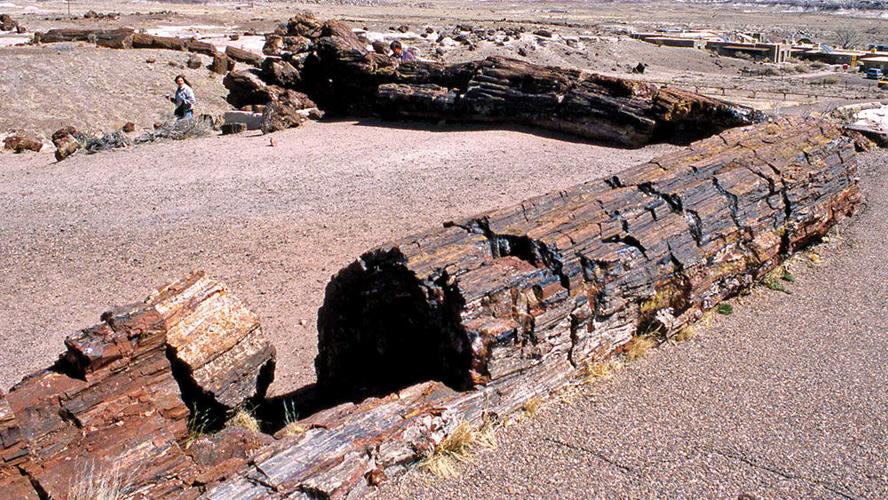 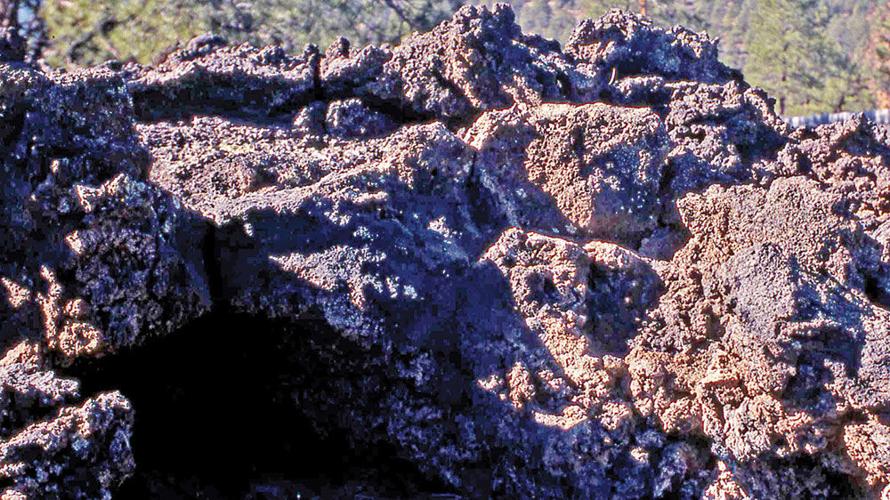 Northeastern Arizona is separated from the Hawaiian Islands by more than 3,000 miles, a vast body of water, climate, humidity, and many geologic, geographic and cultural differences. But they have one thing in common: The Curse of the Rocks. Whether the curse is real or not is the stuff that creates legends.

Visitors to the Petrified Forest National Park near Holbrook are warned that picking up petrified wood is not only illegal, it can also be costly. Fines for those caught trying to smuggle out pieces of the forest, even the tiniest sliver, can run as high as $275. Even worse, those who steal often run afoul of the curse.

But the park is vast – more than 90,000 acres – and the temptations are high, so many who go there inevitably take a sample home. And for some, the price is high.

In the Rainbow Forest Museum, the visitor center at the south end of the park, there is a book filled with testimonials from people who fell under the bad mojo associated with the pilfered stones. Every year, the park receives hundreds of letters and packages containing pieces of stolen petrified wood and notes written by guilt-ridden petty thieves. They relate woeful tales about the suffering caused by their illegal acts.

One tortured soul confessed: “We smuggled out three small pieces of petrified wood, carefully stuck inside a bra on the body. That evening our bad luck began. One person had stomach cramps and diarrhea...that same night we were the only ones to be attacked by flying ants in the campground...”

Another penitent person wrote: “I am returning the rock and the bad luck that followed it. Since I have had it, my bike has been stolen, and my feet had blisters as big as my hand. And I know my side hurts, and it might be a hurnea (sic), and worse (sic) of all me and my girlfriend are about to break up.”

Park rangers say the stolen pieces are not returned to their original surroundings but are stashed in a separate area. And, they add, nobody knows for sure when or how the legend of the curse started.

Across the water, at Waikoloa Beach in Hawaii, packages arrive almost daily from all over the world. Some of them weigh nearly 20 pounds. All contain lava rocks that were stolen from the area, along with letters of apology and pleas for forgiveness.

This is because the thefts are illegal; they also offend Pele, the Hawaiian goddess of volcanoes. According to legend, she puts a curse on every person who removes the rocks from the island. The letters that accompany packages give credence to the power of the goddess by detailing the bad luck that followed those who dared to challenge her.

One woman wrote: “My husband brought back some lava rocks that he found on Waikoloa Beach. I was not aware that he had done this until I commented on the story I had seen on the Travel Channel. When I told him, he confessed that he was one of the guilty. I know this is an urban legend, but after reading the stories and then thinking back to all the misfortune we have suffered since that time, my husband asked if I would find out how to return the rocks.”

A man from Germany returned some of the geologic samples and said, “Here I send back the rock that I stole from Pele...the year 2000 was bad for me and my family. My wife’s father died. I’m a marathon man and have broken my leg. Later problems with my pancreas. Please give it back.”

More than a ton of lava rocks have been shipped back to the island since 2002. Most are returned to the beach or placed in a garden of native plants. At noon on the first Wednesday of each month, Hawaiian elders perform a ceremony in the garden, asking Pele to accept the returned rocks and remove her curse.