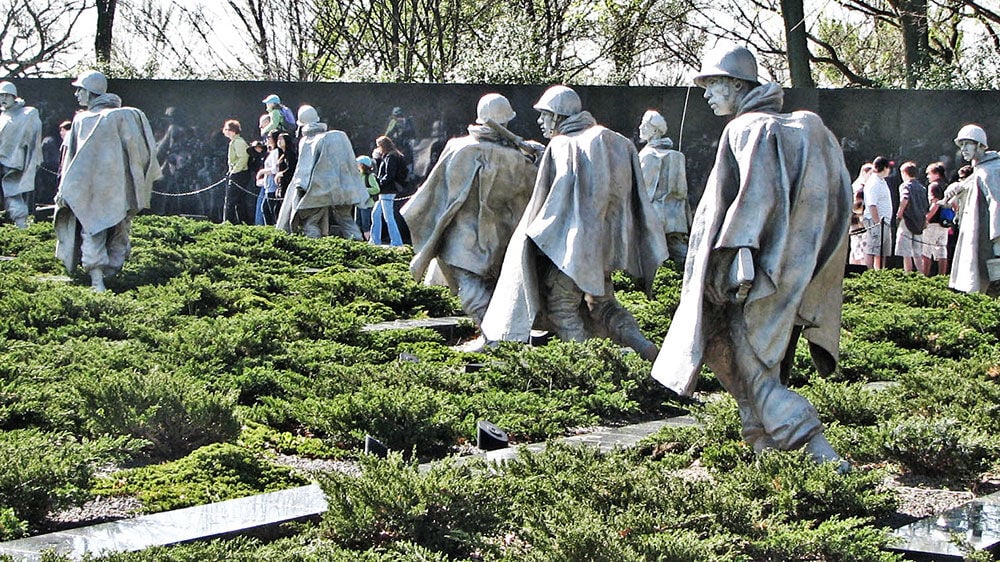 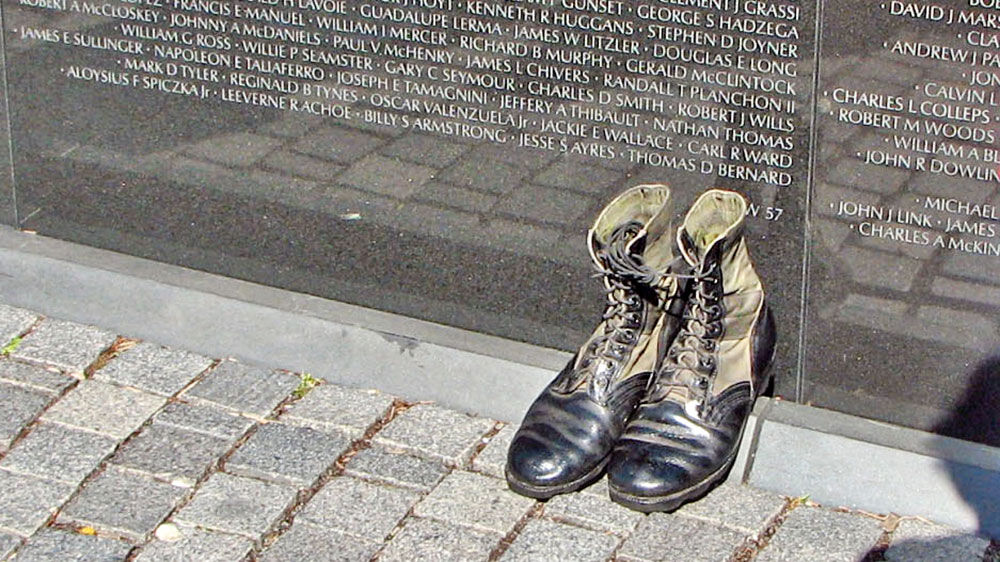 During a trip to Washington, D.C., I had the opportunity to tour the National Mall. It is a magnificent tribute to America’s greatness, from the towering Washington Monument at one end to the powerful and compassionate likeness of Abraham Lincoln at the other.

There are three memorials at the west end of the mall that have had a long-lasting effect on me. I had seen many photos and television clips about them, but their impact wasn’t felt until I saw them in person.

The first was the Vietnam Veterans Memorial. The wall is made up of 140 black granite slabs and is inscribed with the names of more than 58,000 Americans who lost their lives during the conflict in Southeast Asia.

Millions visit the memorial every year, and many of them leave such personal tributes as army boots and dog tags at the base. Nearby stands The Three Soldiers statue and the Vietnam Women’s Memorial.

A short distance away, the World War II Memorial takes up 7.4 acres and features 56 granite pillars and two triumphal arches arranged in semicircles around a large pool and fountains.

The pillars represent the 48 states in existence during the war, plus the District of Columbia and seven United States territories at the time: Alaska, Hawaii, Guam, the Philippines, Puerto Rico, American Samoa and the U.S. Virgin Islands. It is a tribute to the millions of service members who fought and the millions who kept the home front safe.

However, it is the Korean War Veterans Memorial that still haunts me. It is stark, and the soldiers depicted are so lifelike that you feel the cold they suffered through in that dark time. There are 19 statues in the memorial.

They’re made of stainless steel, and they’re all gray, which furthers the illusion of bitter cold. The statues were sculpted by a Vermont artist named Frank Gaylord. Each stand about 7 feet, 3 inches tall. The figures represent a cross-section of the military branches with an ethnic mix of soldiers who fought in the conflict.

The figures are surrounded by juniper bushes, meant to symbolize the rugged terrain of the Korean battlefields. The granite stripes inlaid in the ground represent the obstacles they had to overcome. The soldiers are all partially covered by ponchos that are historically accurate and create a sense that the entire column moves toward some unknown target.

What I found most impressive were the eyes. They look directly into your soul, speak to you and ask if this sort of madness will ever end.

The memorial can be viewed almost any time as it is open 24 hours a day and illuminated at night. If you ever make it to Washington, D.C., make sure to check it out.