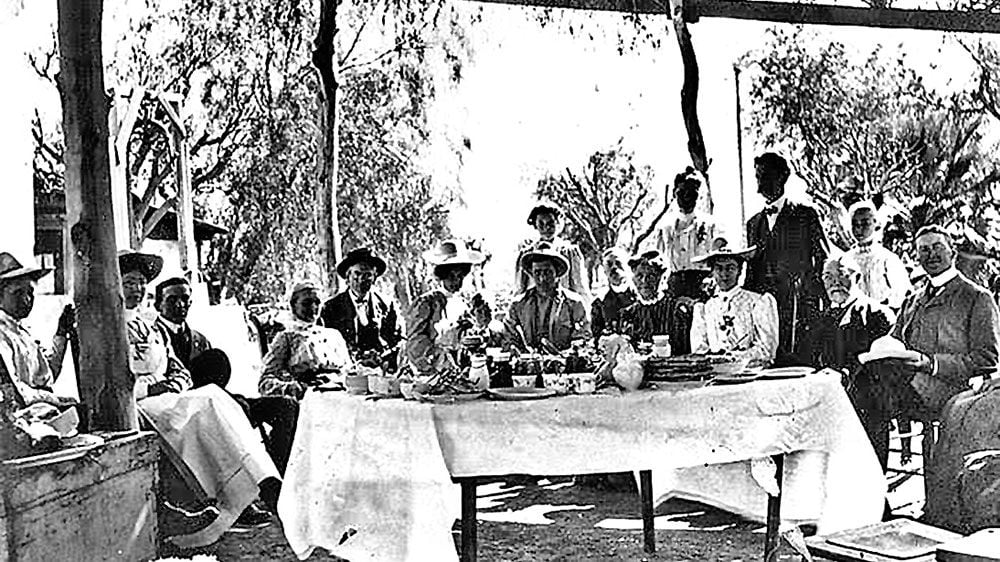 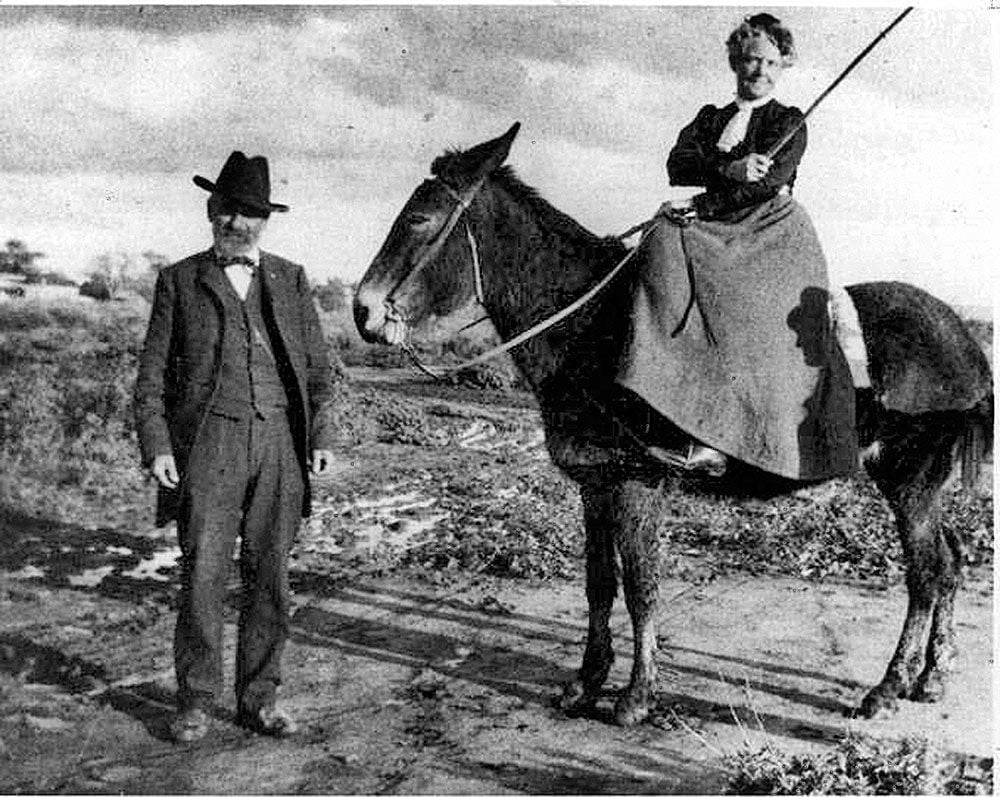 Scott and his wife Helen pose in 1900 with their mule “Old Maud.” 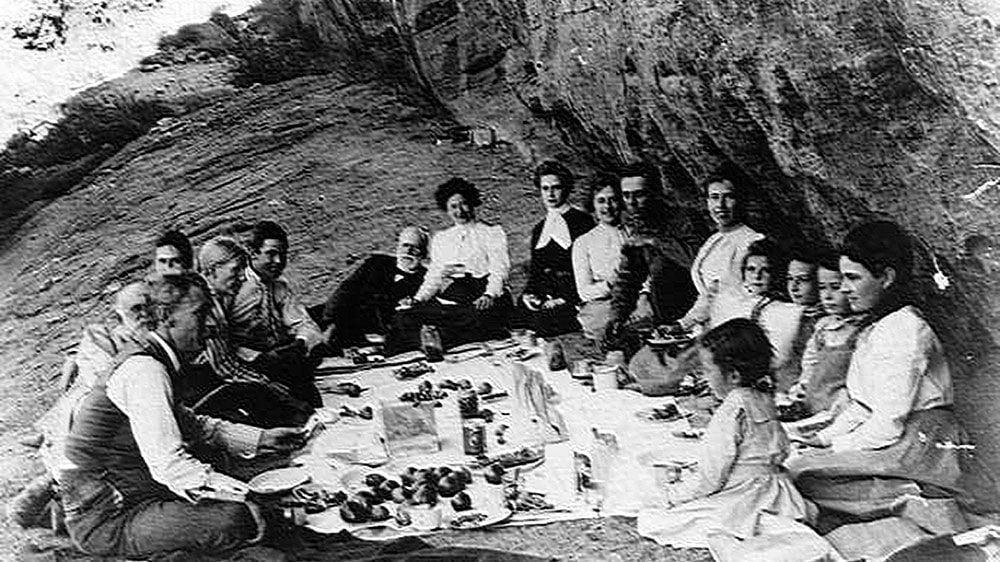 A picnic at Papago Park. 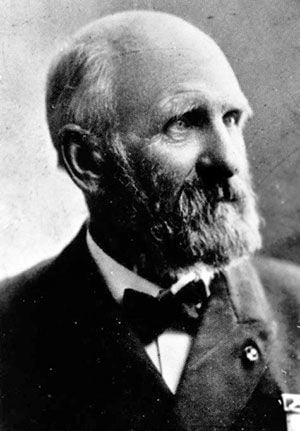 Scott and his wife Helen pose in 1900 with their mule “Old Maud.”

A picnic at Papago Park.

In 1888, Phoenix was a modest town of about 3,000 inhabitants. Hoping to stimulate immigration to the surrounding areas, including a small plot of land east of Phoenix, a group of civic leaders reached out to a man with a reputation for promoting Western towns.

Winfield Scott, an Army chaplain, Baptist minister, and decorated Civil War veteran, was 51 when he reluctantly accepted their invitation to the little-known desert outpost. By that point, he’d started churches and communities in Colorado, California, and Winfield, Kansas – which took his name in a sign of gratitude.

As he rode around the Valley, his skepticism evaporated.

Scottsdale has evolved from a town of citrus groves to one that is now home to the Mayo Clinic and other major health industries. Snowbirds, Spring Training enthusiasts and art lovers travel from all over the world to enjoy Scottsdale’s nightlife, sports and art scenes.

The city has become the modern manifestation of the potential Winfield Scott recognized from his first visit to the dusty, undeveloped Salt River Valley in February of 1888. Over a productive period spanning the last 22 years of his life, Scott literally and figuratively planted the seeds of what Scottsdale is today.

Scottsdale’s preeminent historian Joan Fudala calls Scott “gregarious,” “the quintessential promoter,’” and openly admits to having a crush on him.

“There isn’t hardly any area of Scottsdale today that wasn’t influenced by something that he started or promoted,” she said.

Scott became the area’s very first resident when he bought a plot of land at $2.50/acre on what is now the square created by Scottsdale, Indian School, Chaparral and Hayden Roads. There, he planted the Valley’s first citrus trees.

But before he settled in, he asked permission from the chief of the Salt River Pima-Maricopa Indian Community. According to Fudala, this uncommon move set the tone for a harmonious relationship between his new settlement and his Native American neighbors.

To jumpstart development, Scott tapped into his nationwide network, sending out a slew of letters across the country singing the health and agricultural praises of his budding community. He invited interested parties to come see the place for themselves, offering his own home to them as they toured the Valley and considered their move.

He had a savvy mind for PR. With a carefully curated basket filled with the fruits of his ranch – grapes, citrus, cantaloupe and peanuts – he would ride to downtown Phoenix on his horse and buggy to the offices of the Phoenix Herald, persuading reporters to write about the area’s untapped agricultural potential.

Scott worked hard to infuse the settlement with Christian values and a sense of community. In the era of the Wild West, he was vehemently opposed to alcohol and gambling. In fact, owing to his influence, Scottsdale was a dry town through the end of national prohibition.

He would officiate marriages, play Santa on Christmas and invite the whole town over to celebrate at his grove on Washington’s birthday and the Fourth of July. To this day, he inspires communal gathering. On February 26, 2020, Fudala and fellow historian Marshall Trimble will host a free event at noon in front of his statue in Old Town to celebrate Scott’s 183rd birthday.

Just eight years after he first arrived, Scott led the effort to establish a school for the area’s fast-growing number of families with children. In 1896, the people honored their leader when they applied to the county for a school district, with the name of their new town: “Scotts-dale.”

Winfield and his wife Helen were also advocates of women’s empowerment. She was the president of the Arizona Baptist Association and according to Fudala, would ride around town, picking women up and taking them to the polls to vote.

“He was so promoting of her and other women’s rights, something that was really unusual at the time,” Fudala said.

In 1909, the Scotts welcomed the first artist to the town known today for its world-class galleries and long-running annual arts festival. Painter Marjorie Thomas and her tuberculosis-afflicted brother moved to Scottsdale and were greeted at the train station by Scott himself. Shortly thereafter, Scott gave Thomas her first commission: an oil painting of his retired Army mule Maud, who had become the town’s mascot. The painting remains a local treasure, spending time in the mayor’s office and Scottsdale Historical Society Museum.

“He promoted art; he promoted music. Helen herself was a poet and published a book of poetry. They really were such multifaceted people,” Fudala said.

When Scott died in 1910 from complications from an old Civil War wound, the town boasted a population of over 200, a strong school and community spirit, and the roots of a budding tourism and health care industry. In his obituary, The Arizona Republican wrote, “To the very last he was a man of the present hour fully alive to surrounding conditions and as ambitious and hopeful as any of his fellow citizens.”

The column recounts a legendary story from his Civil War days. In the midst of the climax of the Battle of Spotsylvania Court House – the second deadliest battle of the war – Scott had part of his leg blown off by an explosion as he charged a Rebel position. Having been left for dead on the battlefield, he gathered what strength he had, wielded his rifle and demanded to be carried away for medical treatment.

Had Winfield Scott become another casualty back then, one wonders: What would the northeast Salt River Valley be like today?