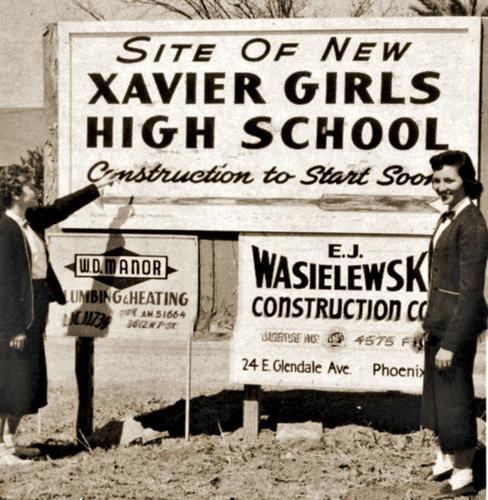 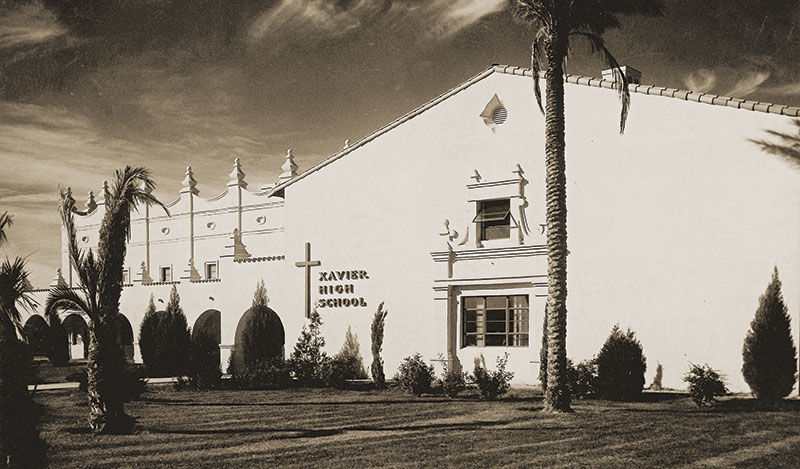 Xavier’s first building, Fitzgerald Hall, was completed in 1953 and was home to 28 classrooms.

Xavier’s first building, Fitzgerald Hall, was completed in 1953 and was home to 28 classrooms.

“And we’ve been celebrating all year,” said Erin Naughton Alaimo, director of marketing and public relations at the school.

Xavier has been incorporating the Diamond theme into their slew of annual activities, including their auction, fashion show, Frosh Follies, Girls Have IT Day!, pageant and traditions day.

Xavier is a private girls Catholic school for grades 9-12, although students don’t have to be Catholic to attend. As the name states, it prepares students for success in college and beyond through a rigorous, broad-based academic program. While strong academics are a cornerstone of its mission, the school recognizes that success entails more than just academic knowledge. To this end, it emphasizes participation in community service, faith, athletics and extracurricular activities, all of which foster successful, well-rounded young women.

Brophy, a Jesuit high school for boys, was established in 1928 in Phoenix. Brophy and Xavier are part of the St. Francis Xavier Catholic Church Parish. In 1943, the Sisters of Charity of the Blessed Virgin Mary opened Xavier on a single floor in Loyola Hall, which is on Brophy’s campus. Its first class graduated 11 students in 1947.

Xavier’s first building, Fitzgerald Hall, was completed in 1953 and was home to 28 classrooms. Six blacktop tennis courts were also added that year, and the school had grown to 11 teachers and 174 girls.

“I think Xavier has grown as Phoenix has grown,” said Xavier President Sister Joan Fitzgerald, BVM. “When I came here in 1962, there was one high-rise on Central and Osborn.”

“And there were no freeways,” added Xavier Principal Sister Joan Nuckols, BVM. “There was only a two-way street from here to Scottsdale Road.”

Today, more than 1,000 girls are enrolled at Xavier, which attracts students from the entire Phoenix area. In fact, the school once had a student who traveled every day from Wickenburg.

Xavier has been selected three times by the U.S. Department of Education as a Blue Ribbon School, received the Siemens Award for the Best AP Program in the State and been chosen three times as one of the Top 50 Catholic High Schools.

Xavier offers 27 AP Classes along with 70 clubs and athletics. Xavier athletic teams have won 134 state championships. Recently, one of its graduates was selected to be a Fulbright Scholar, and six students had their individual art win at the U.S. Congressional Art Competition.

“Service is such a big part of Xavier,” said Alaimo who’s also a 1984 alumna and passionate about her alma mater. “Each year, our student body collectively spends 32,000-plus hours volunteering and serving the community in some way.”

The mission at Xavier has always been to prepare young women of faith with the knowledge, skills, and integrity to meet the challenges of a changing global society in a positive and productive manner. Although much has changed over the past 75 years, that goal is unchanged, and looks to remain so for the next 75 years as well.