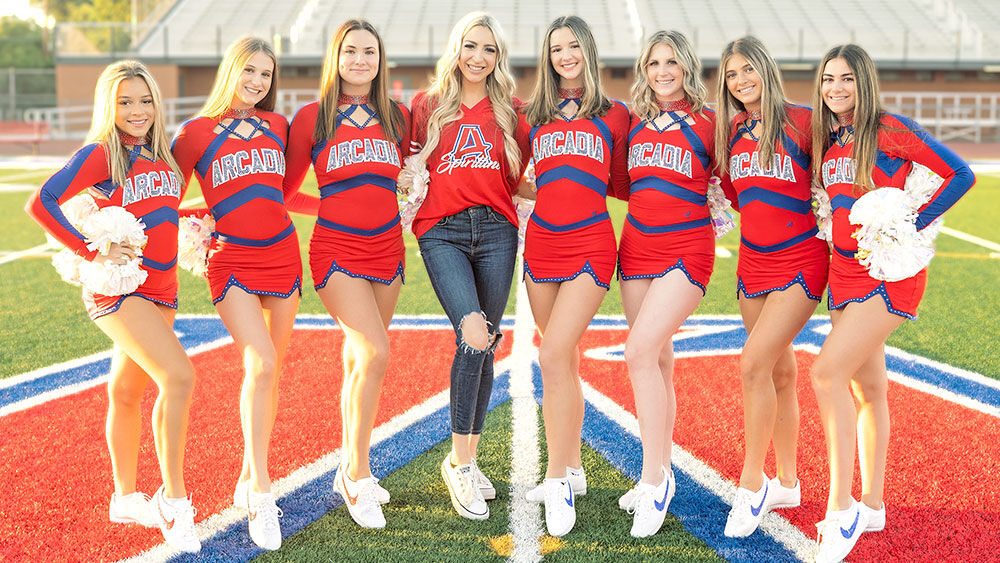 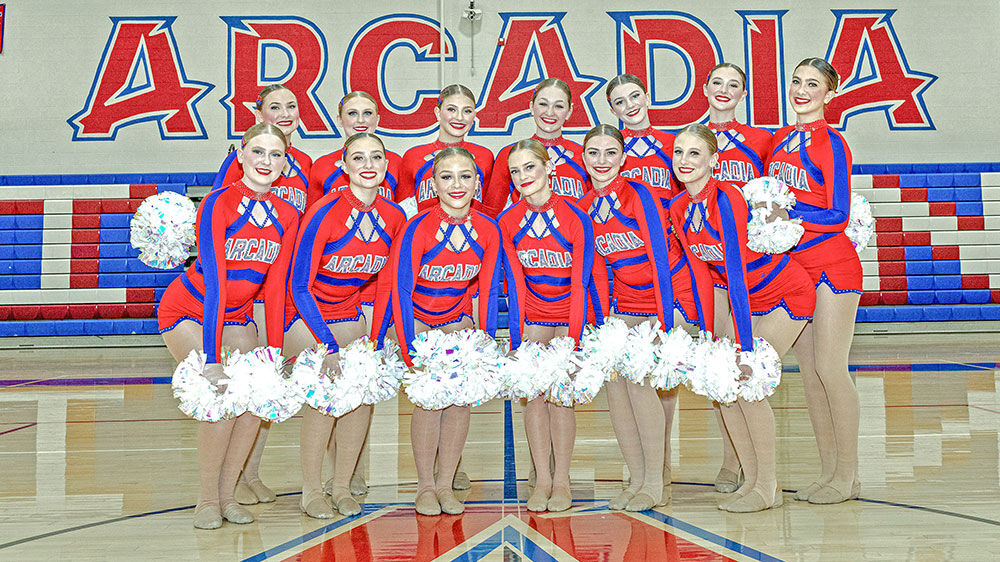 Since the season started in August, Arcadia High’s Varsity Pom team has been working hard to build on their past successes. Finishing as runners-up in the state the last two years, the girls are ready for the next level. Their determination paid off with a top performance at the first competition in mid-December.

Coach Ashley Parcell said that finishing in the top spot at the USA Regional Virtual Competition was made possible due to their strong connection with one another and determination to keep improving.

“The major keys to success were their perseverance to work harder than ever during a year with so many uncertainties, and the drive they have to push themselves to their limits and be the best they can be,” Parcell said. “My athletes love each other like a family.”

Qualifying for USA Spirit Nationals was worth the intense practices. They spent about 8 to 11 hours a week focused on stretching, conditioning, dance techniques and rehearsal routines.

“They work extremely hard, and I couldn’t ask for a better group of true athletes,” Parcell said.

As they navigated the ups and downs of COVID, the squad said they appreciated spending time with one another at practice, and they were still able to cheer and perform at varsity football games while standing six feet apart.

“The girls were happy they were able to support and cheer on the Arcadia Football Team,” Parcell said. “We have been extremely safe and have taken every measure possible, inside and outside of practices, to make sure we are all staying healthy.”

Since starting the pom program three years ago, Parcell has shared some incredible memories with these athletes, including the seven seniors enjoying their last year on the team.

“The seniors have helped grow and mold this program, and they have set the standard for the future of Arcadia Pom,” Parcell said. “It is hard to be a senior in the middle of a pandemic, as so much has been taken away from them, but somehow, they continue to show up to practice, push themselves and motivate the team, doing it all with grace.”

The team has continued to train in preparation for nationals, and everyone is excited to see what will come next. “Some of our team goals are to attend nationals and make it to finals,” Parcell said. “We want to push to qualify and win our State Championship this year.”

Whatever happens, Parcell is confident the future is bright for her athletes as some prepare for college dance team tryouts. “I am so proud of them,” Parcell said. “They are an amazing group of young ladies and athletes.”

Next up for the pom squad is the AIA State Qualifier on February 6. If they qualify, the girls will head to the state championship in early March.