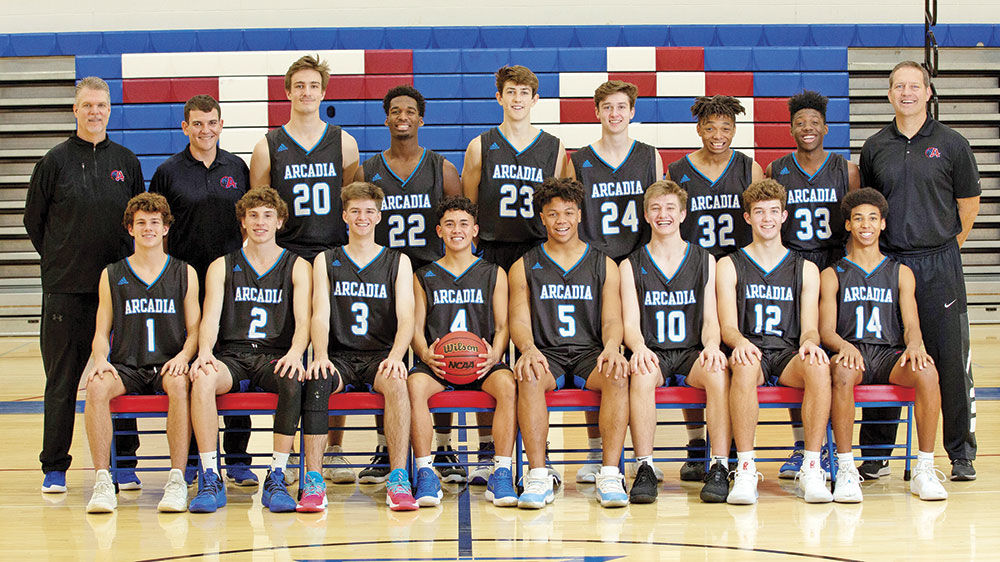 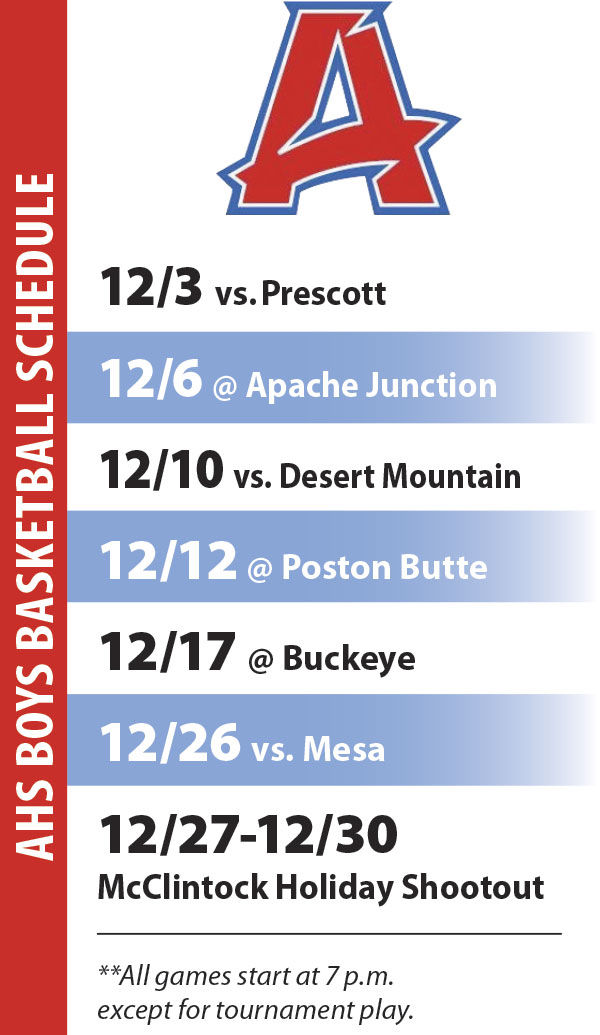 The Arcadia High School boys varsity basketball team is working to repeat as  4-A Desert Sky Region champions this season, which kicked off in mid-November.

After finishing 19-10 overall last season and 8-2 in their region, the Titans plan to make it to the state playoffs for the seventh year in a row.

Head Coach Stephen Danford says there are some key areas that the team needs to focus on this season.

“We will be working on our transition game as well as rebounding, being physical in and around the paint,” Danford said. “My goal for the season is that we grow together as a team and family, building trust in one another.”

That strong sense of teamwork and friendship will be crucial for the Titans as they welcome six new varsity players this year. The team looks to continue its dominance through their comradery, confidence and command of skills.

Pre-season practices focused on comprehensive training, covering offensive and defensive aspects of the game including shooting and rebounding. Danford believes focusing on fundamentals is the key to success for this team.

“This is a really mature group with a high basketball IQ,” Danford said. “We have some experience returning from last year’s team but not much, so it’s been a lot of back to basics.”

“We have a talented group,” Danford said. “We have a good shooting team, the guys never quit playing whether up or down. They battle but we do need to improve our rebounding and defense.”

Junior Max Majerle sees a lot of potential in his team.

“I think we are a tight-knit group that has the ability, we just need to put the work in and see what happens,” Majerle said. “I’m just going to enjoy the time with my teammates. Coach always tells us you aren’t promised today and we have to live every day and play every day like it’s the last time we’ll get to play with each other.”

Senior Cam Faas knows what to work toward.

“We need to execute on both ends of the floor, play with physicality and have fun,” Faas said. “Wins will take care of themselves; we just have to come prepared.”

No matter what the season has in store, Danford says he enjoys every moment leading this bright and determined team.

“The simple things are most rewarding, just being around the guys and watching them grow up from freshman to now,” Danford said. “I’m really proud of them. This is a special group.