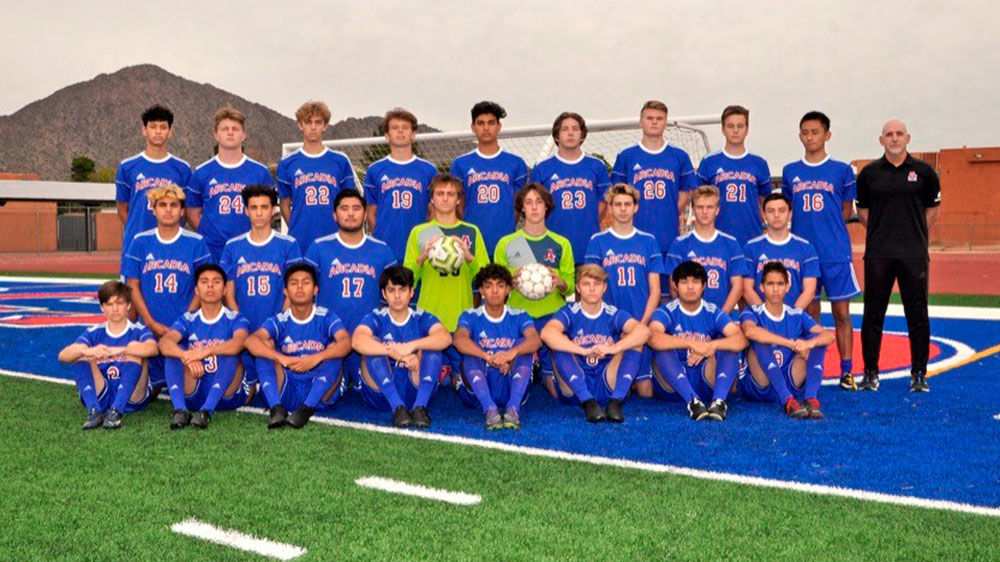 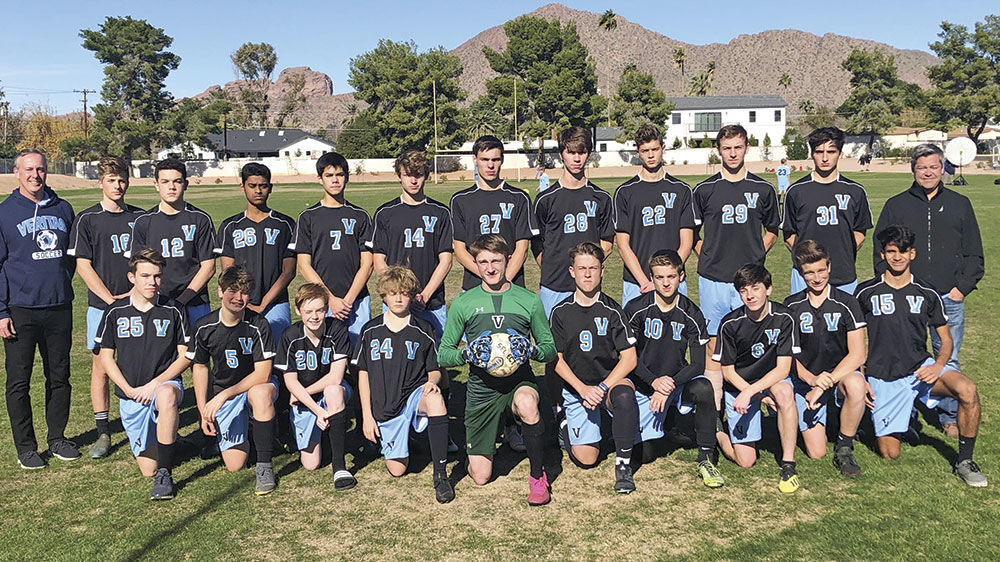 The boys soccer teams at Arcadia High and Veritas Prep are both off to a tenacious start.

Arcadia’s varsity and JV teams are both set to be strong contenders this year. Each team started off with a win against Bradshaw Mountain High School during their season opener.

“The varsity team is the defending 4A Desert Sky Region Champion,” said AHS Head Varsity and Program Coach Keith Diamanti, who is in his second year coaching at Arcadia. “Last year, we were knocked out of the state tournament, so we’re hoping to qualify this year and have a competitive result.”

One of the team’s greatest assets is its experience, brought by 13 veteran senior players.

“Our other strengths are based on defense,” Diamanti said. “We’re very organized, and our players have been taught the importance of defensive shape and being compact when not possessing the ball.”

Diamanti sees areas of improvement on offense in regards to “utilizing more field space by attacking the outsides.”

Many members of the boys varsity soccer team have accumulated extensive experience playing on various soccer clubs outside of school. Club athletics, which often span an entire year of competition, keep players in top form, making those students a strong asset to their individual school teams.

“While we’re facing a very competitive schedule this year, with games against schools from bigger 5A and 6A conferences, we’re really excited for the new season,” Diamanti said.

The JV team, which welcomed 15 new freshman players this school year, was undefeated last year, and according to Diamanti, they are poised to enjoy a winning season.

Cardenas coached the middle school for about five years before he started leading the varsity team last year.

While three senior players graduated last year, Cardenas reports that the majority of their powerhouse team is still intact, which means they are hoping to advance further this season.

“I have many excellent former middle school players who are now playing for Brophy,” Cardenas said. “Nevertheless, we have a strong team with lots of kids trying out to play each school year.”

Like their counterparts at Arcadia, the boys of the Veritas varsity soccer team also participate in club sports.

“Regardless of club play or not,” Cardenas said, “we all gather together as a team during the summer and we play indoor soccer in a league. This keeps us moving and practicing as a team and maintains everyone’s skills at their peak.”

Cardenas has nothing but praise for Veritas Prep, which he describes as being “super supportive,” and for his faithful players who exhibit a family mentality as they help and mentor the younger members of the team.