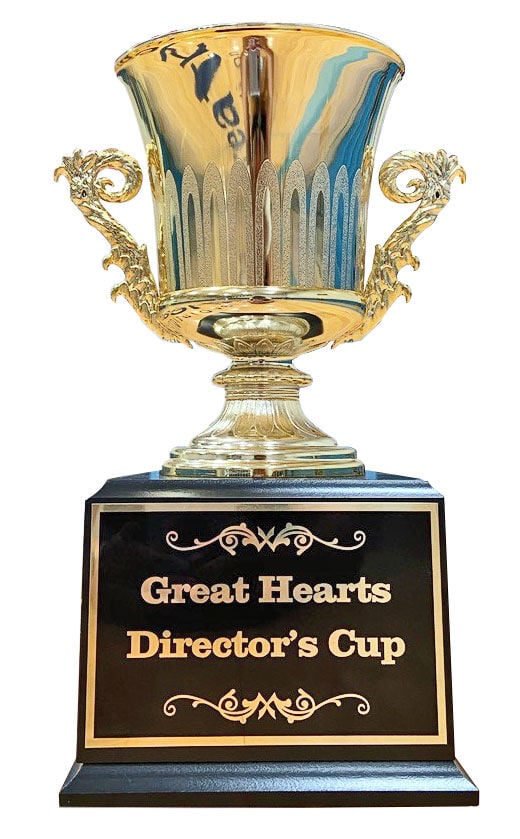 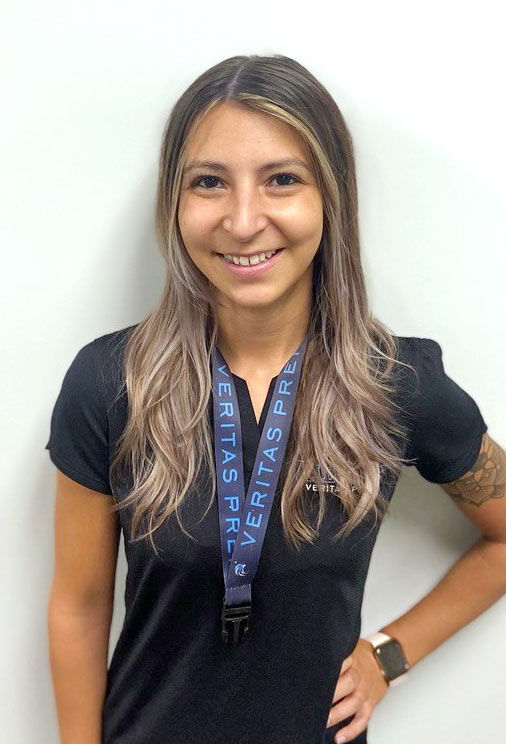 “With this new award, we are mimicking the Stanley Cup in a way, as the Director’s Cup symbolizes which high school had the most successful athletic season,” Walsh said.

The award was established by Great Heart Academies’ Arizona Network Director of Athletics Jon Rickey, along with other athletic directors. The cup represents overall excellence in athletics during each school year.

Walsh explained that after the spring season, every Great Hearts high school tallies up their wins, and whoever has the highest score is the cup winner. Veritas is one of 14 high schools in the Great Hearts system, which operates charter schools in Arizona and Texas.

Each athletic win in every sport is worth a certain amount of points. Bonus points are awarded for school teams that win a regional game or place in state competition. For example, the Veritas boys’ soccer team won the state championship, earning extra points.

“Because of COVID, we didn’t play a spring season. But when we added up the points we had accumulated, we had the most out of all the Great Hearts high schools, so we won the cup, which has ‘Veritas Prep 2019-2020’ engraved on it,” Walsh said.

Once a month, the Great Hearts Arizona athletic directors meet. Walsh explained that the Director’s Cup is another way to connect and have fun competing with each other.

“While we’re all competitive, we have great respect for each other,” Walsh said. “But we love to brag about our students and our successful teams. So this is an exciting way to keep tallies on who is winning what sports and who ultimately has the top athletic department.”

“The Great Hearts Director’s Cup is displayed in my office, and it is a point of pride for the students to see it and know that it was their hard work and dedication that helped Veritas to win it,” Walsh said.

With athletics at Veritas up and running, the competition is on for the best of the best at Great Hearts for 2020-2021.