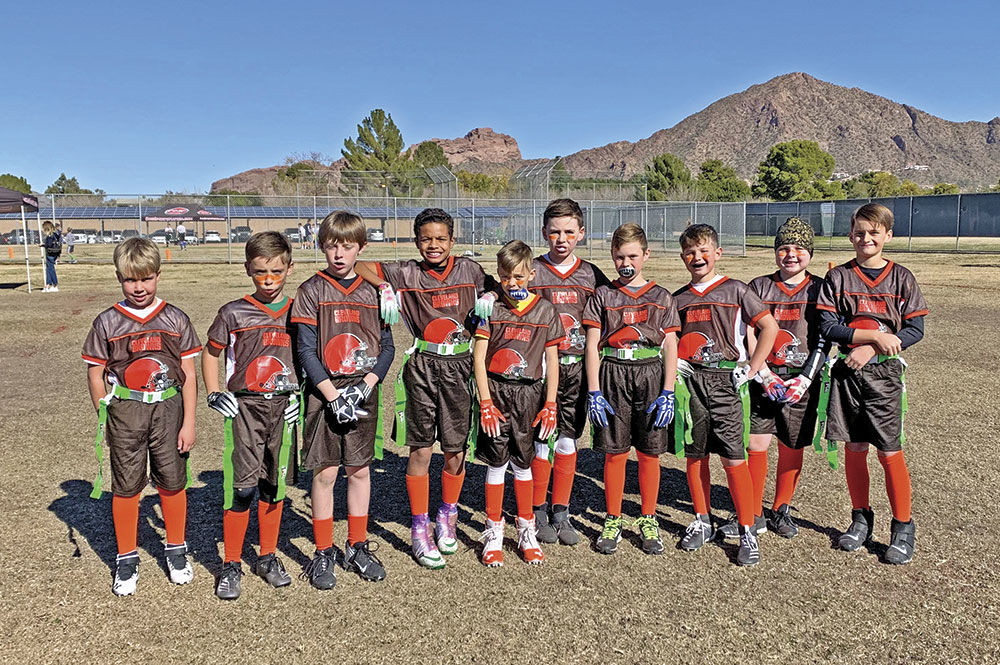 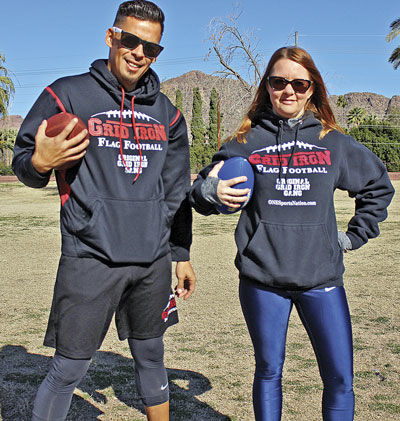 Started by local parents David and Katrina Alfaro, Arcadia Grid Iron Flag Football is celebrating its fifth anniversary this year. Back in 2015, there were only two Grid Iron franchises in Arizona. The sport has gained such popularity that now there are 25 franchises spread across seven states.

“We started it because of our love for the sport and for the kids in our community. Our first season was in January 2015 and we had 17 teams. We now have 57 teams,” said Katrina.

Grid Iron is a recreational and competitive league for kids ages 5 to 15. It is supported under One Sports Nation, which is a youth sports league franchise. Under this company, Grid Iron also offers basketball, soccer, baseball and volleyball.

At the Arcadia location, only football and basketball are available. Children do not have to participate in tryouts and anyone can register to play in the program. The teams are co-ed and children don’t have to live in certain boundaries in order to play in Arcadia.

“All of our teams play all of the Arcadia teams within our location of Grid Iron. Each season is an 8-week season,” said Katrina.

Volunteer head coaches are able to determine their own practice schedules, but kids usually practice during the week for an hour or hour and a half to prepare for 40-minute games that are held on the weekends at Tavan Elementary and Arcadia High School.

Football seasons are offered three times a year, in the winter, spring and fall. The winter season started in early January.

“We are [at this time] the only flag football league that has special teams. We do real kick-offs and punts. The teams are named after the NFL team names and each player gets an NFL logo reversible jersey for whatever team he/she gets placed on,” said Katrina.

The Alfaros said that they’ve seen a spike in flag football participation in the last few seasons because of the risks involved with tackle football.

“With more and more studies coming out about CTE and concussion risks, more and more parents are choosing flag over tackle until high school,” said Katrina.

Katrina’s husband, David, has been coaching in Arcadia for the past nine years, and during his time coaching Arcadia’s Grid Iron Flag Football team, he’s enjoyed seeing the children’s progress.

“We just love being out there and watching all the kids play,” said Katrina. “We started in 2015 so there are kids that started with us in the 5/6 age group that are now in the 9/10 and 11/12 age groups. It’s so fun to see the progress each kid makes.”

And that’s the reason why the Alfaros started the league. “It feels pretty amazing to reach this milestone. It’s awesome seeing something that was once a dream become a reality,” Katrina said.