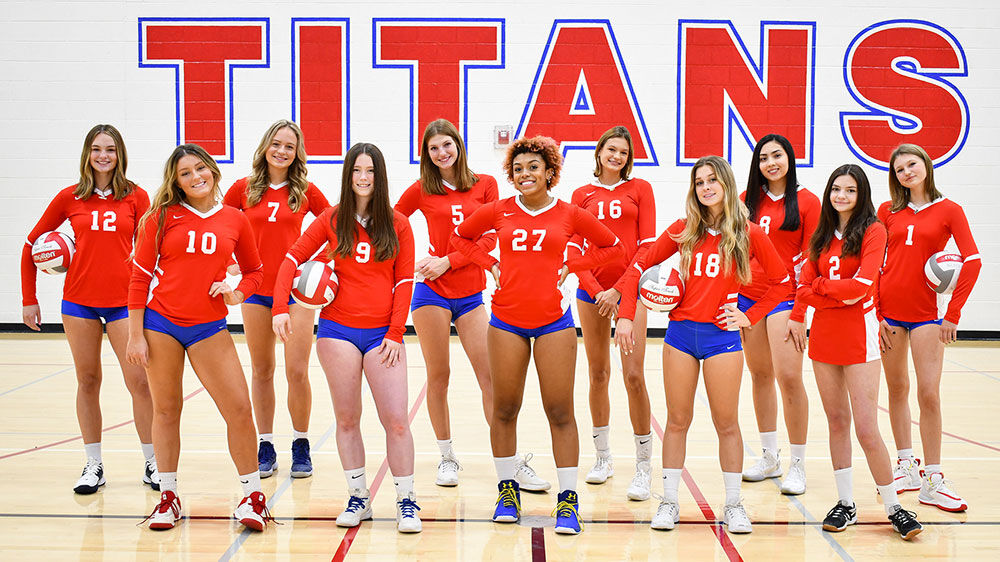 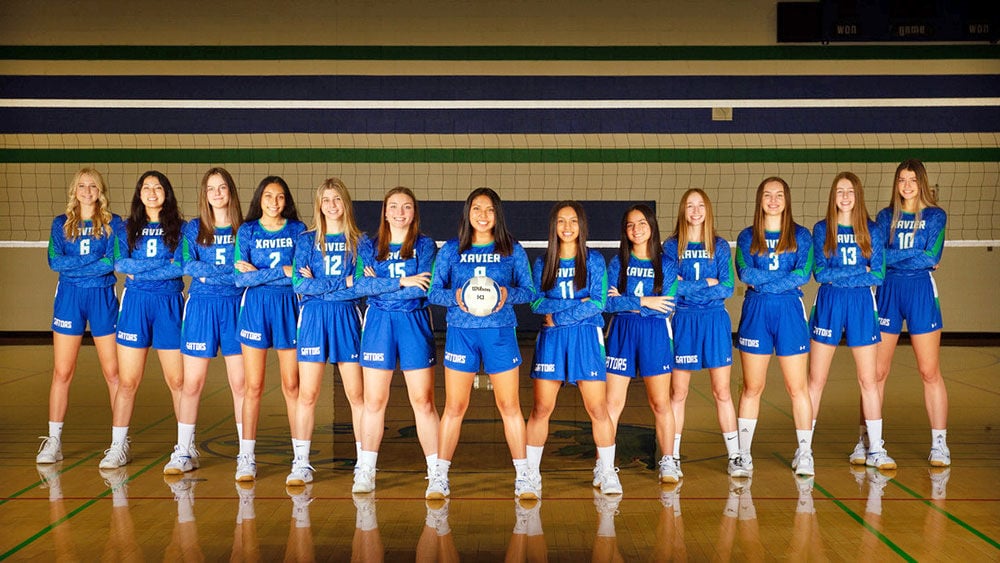 Even with the challenges of 2020, the fall volleyball season went ahead, and three Arcadia area schools came away with strong teams and big hopes for the future. Here’s our roundup of the Arcadia High School Titans, Xavier Prep Gators and Veritas Prep Falcons varsity girls volleyball teams.

The Titans made it to the final four for the first time since 2012 to finish off a successful 5A season, driven by contributions across the team after injuries and COVID hurdles. Coach Jackie Bunker said that many players stepped up to fill gaps, play different positions and keep the team on the path to their goals.

“The girls were very dedicated and committed to getting better throughout the season,” Bunker said. “They came together to work through it, and I think with everything going on, the girls just loved being able to be at practice and gave it everything they had.”

With four senior leaders – Madelyn Knee, Grace Koss, Vania Mendez and Lauren Sayre – as well as a talented sophomore and junior playing group, the Titans took out a 13-6 record.

When Knee suffered a season-ending injury in October, Sayre had a significant impact on the team, bridging the void, although Bunker says every athlete made a big difference.

“Everybody on the team had to step up at some point to have the kind of season we had,” Bunker said. “This doesn’t happen without really great senior leadership, which helped us get the best out of everybody.”

Going into the playoffs as the ninth seed, the Titans beat the eighth seed before heading to Tucson to face the undefeated Ironwood Ridge team. Down two sets, they came back to win 3-2 in a determined display of teamwork and perseverance.

Although they eventually lost to Millennium to end their playoff run, the Titans are still immensely proud of their accomplishments and appreciate parent and staff support.

After wrapping up her fifth year of coaching, Bunker is excited for what the future holds. “We just want to continue being competitive and start making more of a name for our program. We should be in the conversation as one of the top teams,” Bunker said.

The Gators made the most of their season, making it to the quarterfinals of the 6A State Championships.

“Administration was extremely diligent in making sure we followed all protocols to keep our girls safe,” Coach Lamar-Renee Bryant said. “We were just grateful we had an opportunity to play.”

The season began in a bubble, and despite some delays, games got underway with social distancing, equipment sanitization and daily symptom and temperature checks. “It showed the resilience of the girls, their families and the administration putting us in the position to play. It was about our common goal to safely play the sport we love, and I feel like the mission was complete.”

This season, the team is losing seniors Lewis, Robertson and Zaira Reyes, and while they will be missed, the squad is looking forward to another solid season next year.

“The goals moving forward are getting back to normal. Hopefully, we won’t be dealing with COVID, and it’s a thing of the past, and we can be mindful and present in the moment,” Bryant said. “We want to compete at a high level and hopefully bring back a state championship to Xavier.”

The Falcons had a 9-11 record this season and won 3-0 against Valley Lutheran in the playoffs before falling to Chandler Prep.

Veritas Prep’s roster was made up of two seniors – Bella Gulbranson and Shanna Swardson – six juniors, four sophomores and three freshmen. They lost six of their first seven games before bouncing back with four straight wins to get their season back on track.