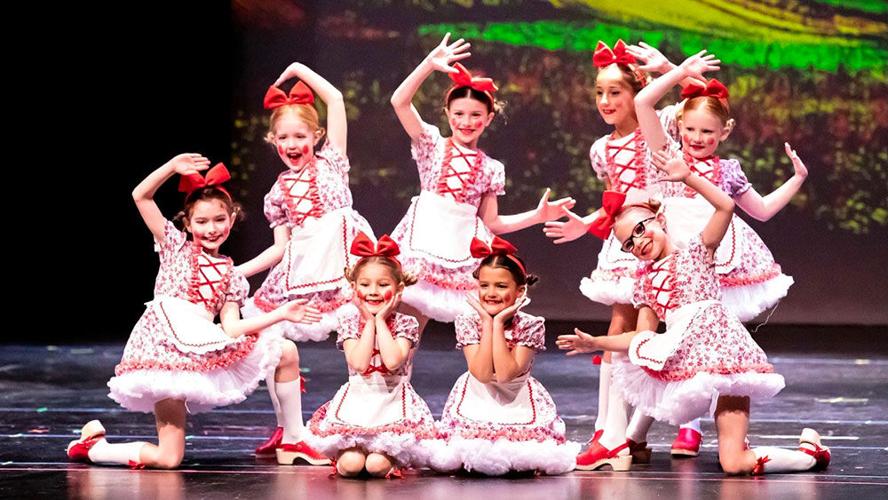 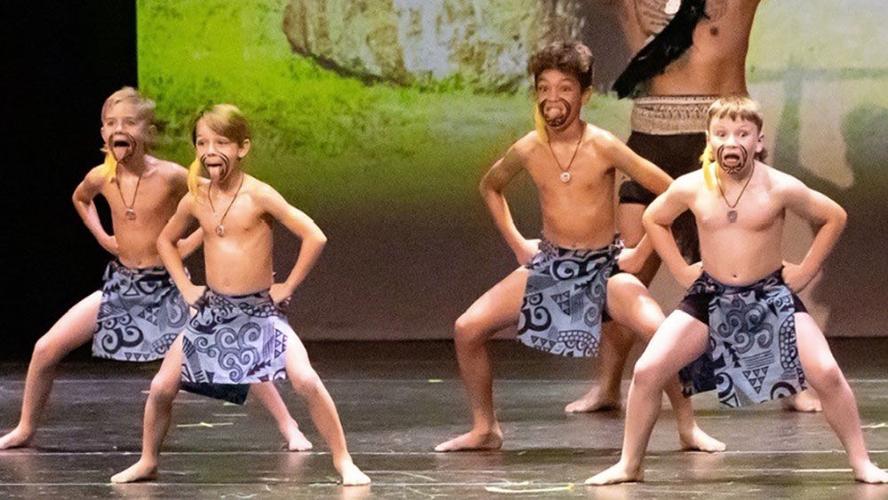 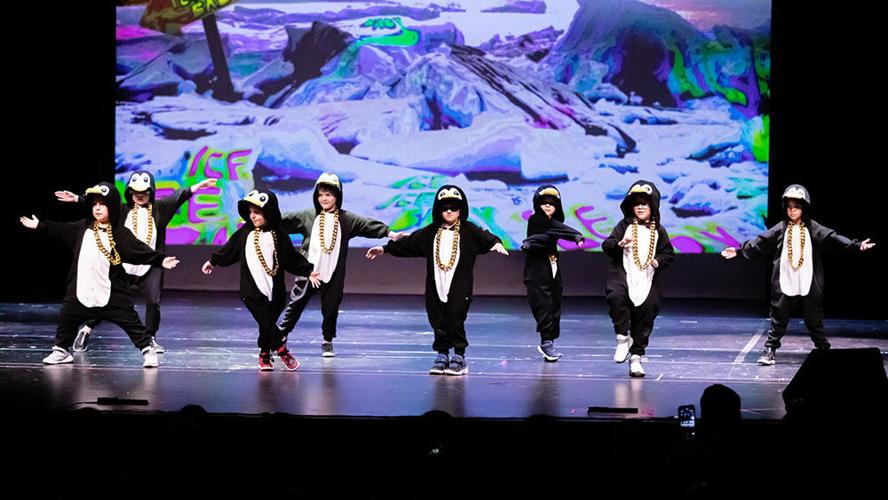 These kinder kids weren’t in Arizona anymore after performing as penguins from Antarctica, breakdancing to the song “Ice, Ice Baby.”

These kinder kids weren’t in Arizona anymore after performing as penguins from Antarctica, breakdancing to the song “Ice, Ice Baby.”

The Hopi Variety Show has become a time-honored tradition within the Hopi Elementary School community. It started in the 1980s, initially run by Hopi staff and performed in the school’s cafeteria. In the 90s, more students were eager to participate, and a new name was running the show.

Sheryl Cooper (yep – wife of rock star husband Alice!) and her team moved the show to Arcadia High School’s auditorium in 1996 and staged a production with more lights, sounds, props and a bigger audience. Since then, the show has only grown in popularity – and after not being produced the past two years, this year’s performances were bigger than ever.

In coming up with this year’s theme, the PTA – volunteer parents who run the show – recalled the craziness of the past few years; one thing they all agreed on is how much they missed traveling to their favorite destinations. With this came Hopi World Travel.

“As directors, we were missing the joy that comes with excursions far and wide. We had a feeling our Hopi community felt the same,” PTA parent and director Liz Ord said.

Once the theme was chosen, Hopi students got right to work coming up with skits and helping with costumes and set designs. Then it was time to practice.

“Our captain was Hopi principal Tamara Jagodzinski, and our flight crew was the emcees. During the show, we ‘traveled’ to some pretty amazing places: Africa, Spain, Ireland, China, Norway, France and Australia, to name a few,” Ord said.

Here are some of this year’s acts:

A Chinese Ribbon Dance – according to Ord, the actors learned about some of the celebrations of the Chinese New Year and waved ribbons in synchronized movements. They also showcased a giant dragon chasing a pearl. The dragon was assembled by third-graders, each carrying a part.

A group of third-grade boys performed the Haka. The group spent two months learning the ceremonial Maori posture dance from the nephew of a chief from Samoa. He made an appearance in their act and closely consulted the group to make sure they accurately portrayed their costuming and movements in accordance with the Maori culture.

There was also a Norwegian Clap Dance, Irish dancers, Paris street performers, kindergarten boys dressed as penguins from Antarctica dancing to “Ice, Ice Baby,” bullfighters from Spain, a “Battle of the UK Bands,” a vocal solo to “Leaving on a Jet Plane,” and a World Cup act with fourth-graders bouncing soccer balls in a coordinated rhythm. Fifth-grade teacher Mr. Banister even made an appearance as the Queen of England.

Some of the acts used props like go-kart taxis, skyscrapers, lit-up palm trees, a framed Mona Lisa and a boxing ring. In total, there were 38 skits during the two-hour performance.

“This has become a welcoming stage for all types of students, whether performance art comes naturally to them or not. For some, this show might provide their only opportunity to feel the satisfaction of expressing themselves artistically and creatively in front of an audience. Seeing that type of kid shine is a win for us,” Ord said.

“We were blown away by how happy people were to have the show back. As directors, we spent the first three numbers trying to gain our composure and hold back happy tears. It felt so healing to see Hopi faces smiling on stage and hearing our community’s collective applause and laughter once again,” they said.

Ord also mentioned that a secondary theme took shape while in the planning stages, one focused on love and concern for people worldwide.

The emcees waved giant flags for part of their choreography in the opening number. The students personally chose the 14 flags on display, each one representing something: the birthplace of a grandparent, a country where loved ones live, or simply a favorite spot to travel.

The show ended with the emcees dancing to Louis Armstrong’s song, “What a Wonderful World.”

“…and that’s pretty much how performers and audience members felt by the end of the show, lucky to live in this ‘wonderful world,’” Ord said.

This year’s performance was significant for fifth graders because this was their last opportunity to perform at Hopi; in contrast, first graders didn’t have a chance to experience their first Variety Show in 2021.

“I felt so thankful to have the Variety Show back in person this year, especially as a fifth-grader. It’s Hopi’s most wonderful tradition, and I was happy to be on stage,” Avery Morrison said.

“We couldn’t believe how much we missed those sights and sounds, and our audience felt the same way. There were lots of tears of gratitude for the opportunity to see our Hopi community come together again,” Ord said.