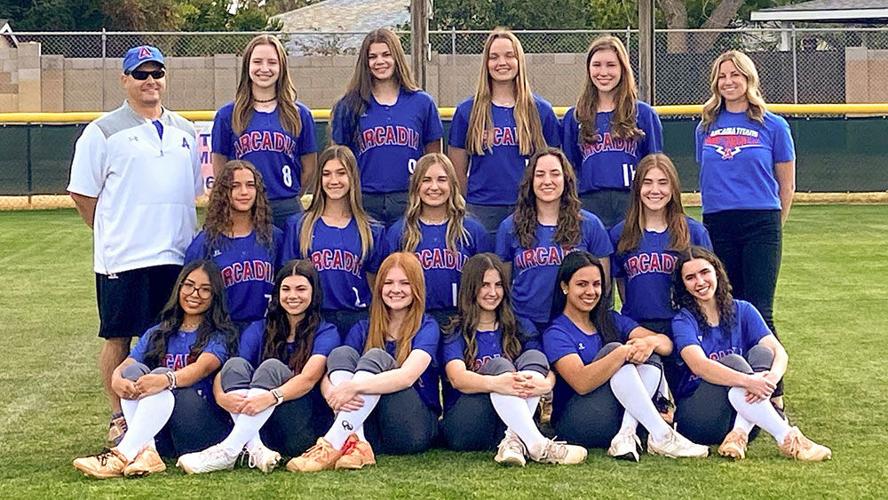 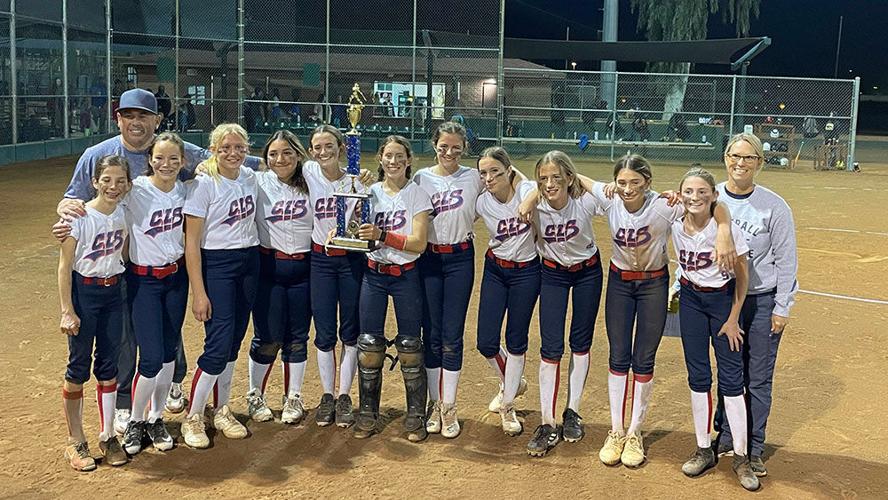 The 2022 high school softball season is in full swing for local schools, and teams around Arcadia are working hard to make the most of every game. Here’s the latest news for the Arcadia High Titans, Xavier Prep Gators and Christ Lutheran Lions.

The Titans got off to a 6-4-1 start in the 5A Northeast Valley conference, hoping to build on the solid foundation they focused on last season when softball resumed.

“We’re looking to improve on attitude and effort this year, trying to stay positive through tough times,” Coach Jason Foster said. “Our goal is to improve in our region and look to compete for a title this season.”

The Titans aim for consistency as the season runs for about two months from the end of February through April before playoffs and state championships occur in May.

“We are still working to improve our defense, which is coming along well and should be in top-notch form during region play,” Foster explained. “We learned a lot in our first tournament, going 4-1-1 and making it into the semi-finals.”

The team’s 14-player roster features a few teammates who started playing softball in Arcadia Little League as kids and stuck with the sport throughout school, giving them a strong foundation for staying competitive, even in a challenging conference.

Coach Foster said that some of the key players this season include seniors Josephine Cariveau, Mia Mavoides and Charlotte Wylie.

Jo leads the team in hits, with an average over .500, and the others are not far behind.

There’s Arcadia’s notable pitching strength, as well, with Izzy Abalos, Kailyn Montoya and Avery Wahl staying in control on the mound to keep the Titans in most games, which is vital as the team strives for steady improvements.

“We are looking to continue to have fun playing the game and get a little better every day,” Foster said.

The reigning 6A champions are riding the momentum of last season when they brought home the school’s first softball state championship. The Gators went 19-2 in 2021 and are off to a strong start in the 6A Premier region this year, with 10 wins and three losses so far.

“We have an experienced group of players, all of whom contributed to last year’s success,” Coach Bradley Bledsoe Downes said. “We rely heavily on pitching from Riley Flynn, hitting from the returning seniors and Lauren Putz, and contributions from returning and new players. A number of our younger players have grown and are exciting to watch.”

Xavier’s success in recent years made MaxPreps’ list of the best high school softball teams in the U.S. One of the key reasons is the return of Bridget Donahey and Riley Flynn, two of the top senior soft-ballers in the state, who were regional leaders last year.

Donahey plays shortstop and is batting above .500, while 2021 All Arizona Softball Team pitcher Flynn picked up six wins within the first ten games with an ERA under 2.00.

Five of the Gators’ 16 varsity players are experienced seniors, with outfielder Elliot Smith hitting over .650 and Emma Petersen adding depth at first base and on the mound.

The younger players are stepping up, too. Sophomore Lauren Putz batted .594 in 10 games, while second-year outfielder Tabitha VonKolen has been reliable in relief.

“Our strengths are good pitching, experience, team speed and strong hitters,” Downes said. “Every game is a challenge that prepares us for the playoffs, and I’m excited to watch the team grow together.”

Christ Lutheran School also found success in softball this year as their seventh-grade squad took first place at the Catholic Youth Athletic Association tournament while playing against other Christian schools from across the Valley.

“It was great seeing them win first place. These girls are such a dedicated and athletic group,” Coach Sergio Ramos said. “In sixth grade they would play baseball with the boys almost every recess, so I loved watching them play for their school this year.”

Coach Ramos reflected on highlights of the final game, saying that the pitcher did really well and made it tough on Saint Louis the King Catholic School’s batters.

“The girls were hitting the ball hard and making great plays in the field, and they never stopped encouraging each other.  The final play of the game was a great catch in the outfield,” Ramos said. “They were determined to get that championship banner to hang in the gym.”

The girls went undefeated in both season and tournament play; many games were played against eighth grade teams.

“We’ve been blessed to be able to coach such a fun and competitive group. We’ve known most of them since t-ball and it was rewarding seeing their hard work over the years pay off,” Ramos said.

The Lions had the same feeling as their coach:

“It felt like we deserved it because we worked really hard and it was exciting to represent our school in that way,” Mia Calihan said.

“We worked really hard and it was really nice to take home a win,” Riley Tezanos echoed.