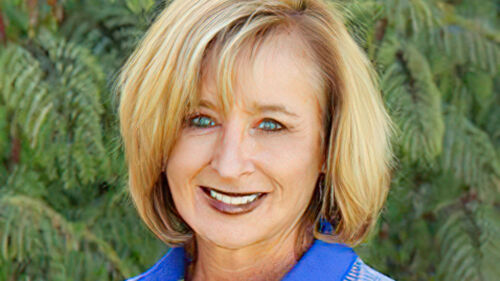 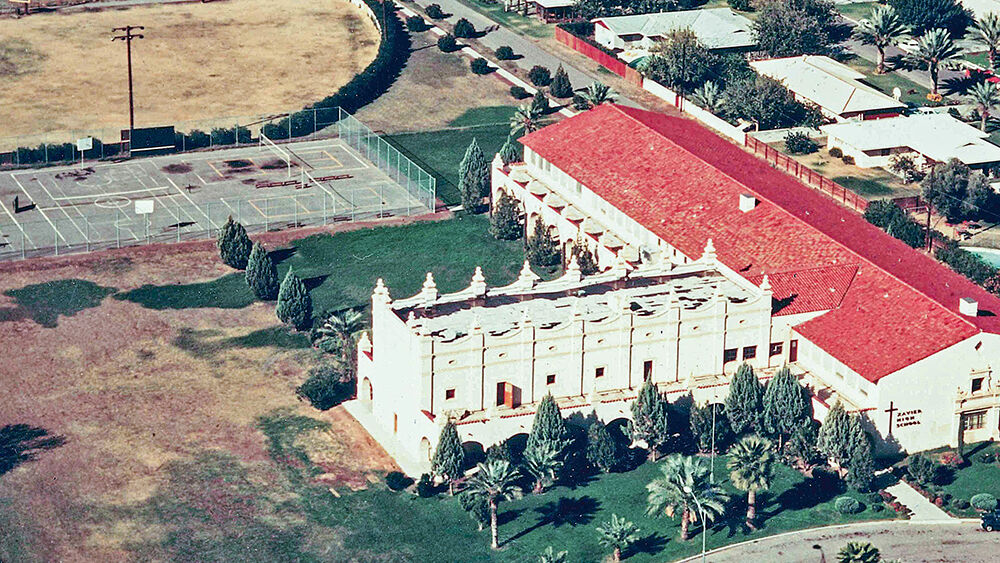 As someone who has been playing tennis for over 40 years, coaching for 17 years, with an overall varsity record of 258 wins and 15 losses, it’s no surprise that Xavier’s Head Tennis Coach Laurie Martin has earned accolades and awards. However, the 2021 Southwest Pro of the Year Award from the United State Professional Tennis Association is unique.

“When I found out that I had won the award, I was very honored. I’m so grateful to receive the highest honor from my peers,” Martin said. “In my 21 years as a certified tennis professional, I have never seen a high school coach picked for this.”

Martin was raised on a thoroughbred horse ranch in Chino, California and enjoyed showing horses and participating in 4H. As a young girl, softball was the only sport available to play – and she loved playing until she discovered tennis during her teenage years.

Martin moved to Arizona in 1977 with her family when her father got a job as the racing director at Arizona Downs, a horse racing track in Prescott.

A sports enthusiast, Martin said that she would participate in any intramural sport that fit into her college schedule. As an adult, she enjoyed running right up until she had hip replacement surgery.

While Xavier is her only high school position, Martin has coached countless kids and adults throughout her career. Previously, she coached at John Gardiner’s Tennis Ranch in Sun Valley, Idaho, and in Arizona, she used to work at the Sanctuary on Camelback in Scottsdale.

When her twins were students at Our Lady of Mount Carmel, she coached their 5th-8th grade softball team. Martin also coached several United States Tennis Association Junior teams while her kids played.

“I have won other national, sectional and regional awards,” Martin said. “Also, I won the National Federation of High Schools 2020-2021 Arizona Girls Tennis Coach of the Year Award.”

When not on the tennis court, the athlete enjoys gardening and cooking. Her most cherished activity is spending time with her husband, four kids and four grandchildren.

“As a coach, I aim to introduce as many young women to tennis as possible,” Martin said. “We run a no-cut program, and I love seeing the joy on our girls’ faces as they become physically active and enjoy being a part of the team. Our staff is very process-oriented, and we focus on developing the whole person rather than wins and losses.”

This project consisted of reconstructing the tennis courts and an adjacent courtyard in which decades-old ash trees were planted. Built in the 1960s, the area was originally a concrete playground with basketball courts. In the late 1970s, the playground was covered with the surface to become tennis courts.

Director of Development Richard Hubbard said that the courtyard was poorly-designed, and rain and sprinkler water drained on the surface of the tennis courts and below, causing fissures that had to be repaired annually at a significant cost.

Xavier administration committed to redesigning and rebuilding the tennis courts and courtyard. The project was scheduled to begin in May 2021, when students were on summer break.

The project’s design included six pickleball courts used for P.E. classes, Xavier Alumnae Leagues, Mother’s Guild and Dad’s Club Tournaments. Haydon Building Co. was the general contractor, headed by President Katie Perry, a Xavier class of 2000 graduate. The first order of business was to tear down the tennis courts and courtyard – this continued into the fall. Then, the courtyard trees were removed.

“We saved the wood and built it into picnic tables that are now in the courtyard, used by students during break, lunch, and after school,” Hubbard said.

The project was completed and officially opened during a ribbon-cutting in November.

“The court surfaces are state-of-the-art, new tennis nets are installed, and moveable pickleball equipment has been purchased,” Hubbard said. “They are used by frosh, JV and varsity tennis teams, P.E. classes, Brophy’s tennis and P.E. at