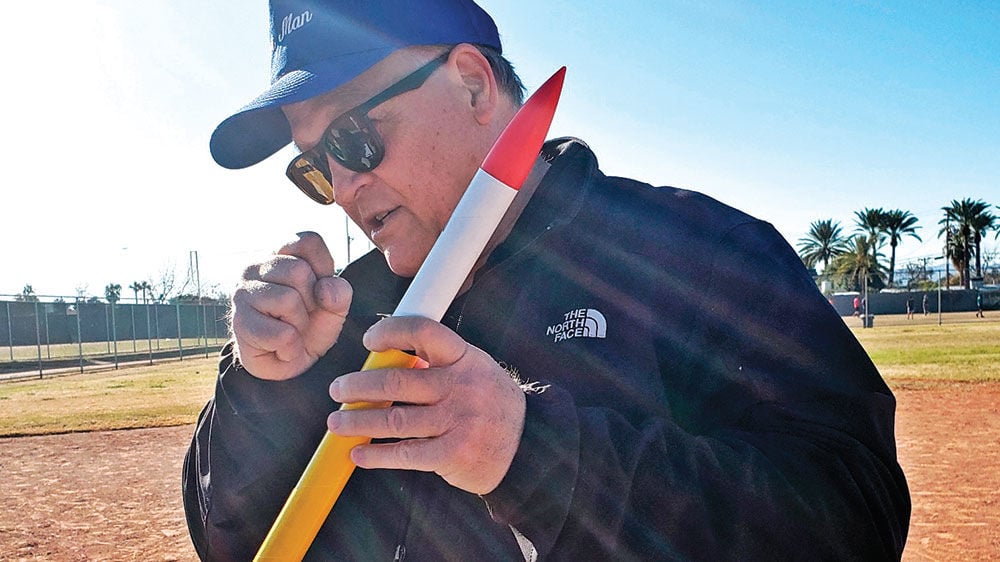 Mark Phillips explains what happens inside the rocket. 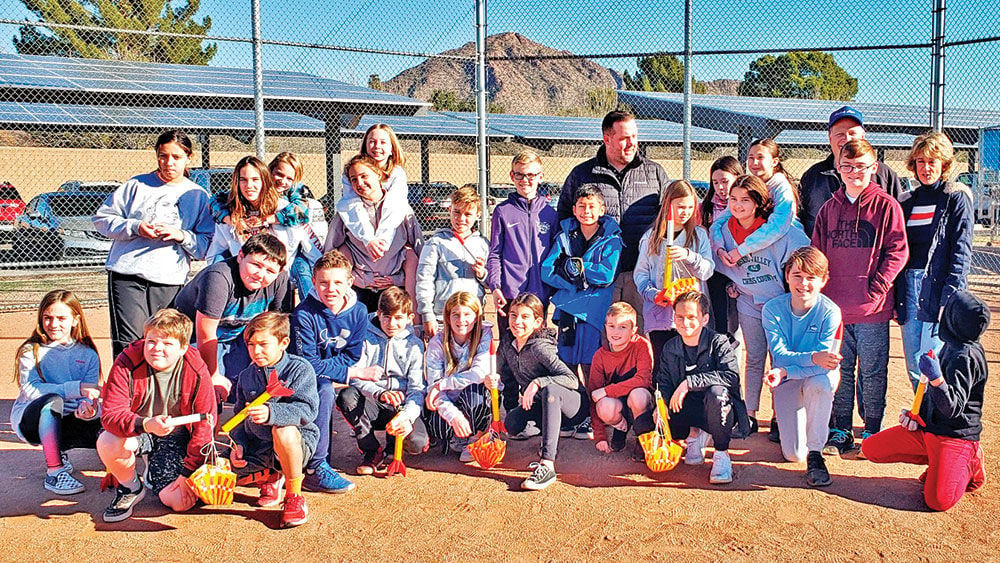 Mark Phillips explains what happens inside the rocket.

Mark Phillips, known as the Hopi Rocket Man, has been inspiring fifth grade students at Hopi Elementary School for 18 years.

Phillips started building and launching rockets when he was in fifth grade.

“I have always loved building models and solving puzzles,” he said, “and building rockets was even more fun because a rocket can do more than sit on a shelf.”

He explained that it came naturally to him to want to nurture that interest for others who might have the same curiosity.

Phillips has two degrees in electrical engineering from Stanford and began his career as a computer design engineer in Silicon Valley. He went on to get an MBA at the Massachusetts Institute of Technology and got hooked on management consulting.

“I think most of the students think I am a retired rocket engineer from NASA,” he said.

The rocket program started at Hopi in 2001 when Phillips’ eldest daughter, Emily, was in fifth grade. He was invited to come to her school as part of the “Share Your Parent’s Hobby” day.

The fifth grade teachers invited him to a meeting to discuss the safety issues involved and how the launch would take place. One of the teachers, Mrs. Hand, suggested that all of the fifth grade classes should get the chance to launch rockets.

“Mrs. Hand taught the space sciences unit,” said Phillips, “so she and I teamed up to start the Hopi Rocket Program.”

Phillips said he became the Hopi Rocket Man when Mrs. Hand gave him a hat with “Rocket Man” embroidered on the front, and he has worn it at every launch since then.

“The Hopi Rocket program has taken on a life of its own,” Phillips said. “I’ve had the pleasure of working with many fantastic fifth grade teachers over the years.”

He introduces the students to the science of rockets and flight and describes how they’ll build their own from modified kits and create a cushion for a quail egg that each will carry as a payload.

“The goal is to make the rocket fly as high as possible and return the raw quail egg back to Earth, unbroken. Since all the rockets are the same, and they all use the same engine, the maximum altitude reached by the rocket really comes down to how well it’s built, how well the egg is cushioned, how light the rocket is, and a little bit of luck,” Phillips said.

Students work in teams of four, with two flight engineers who build the rocket and two mission specialists who figure out which materials to use to cushion the egg.

Phillips said he meets with all the teachers the day before the launch to go over safety precautions and show them how to pack the parachutes.

Launch day usually happens in January. Teams meet up at Arcadia High. Phillips packs the engine and igniter in each team’s rocket and places it on the launch stand. Then it’s time for the countdown and students shout: “3, 2, 1, lift-off!”

“Many of the teams name their egg, or astronaut, so when it is smashed, it’s a sad moment,” he said. “We always end up talking about that ‘horrible rotten egg smell’ from the rocket when it lands, and they discover it has nothing to do with the egg.”

After the launch, Phillips helps each class calculate the highest point of all the rockets and records their observations about the launch, including what happened to their egg. Each class enjoys their time with the Hopi Rocket Man and eagerly awaits his return.