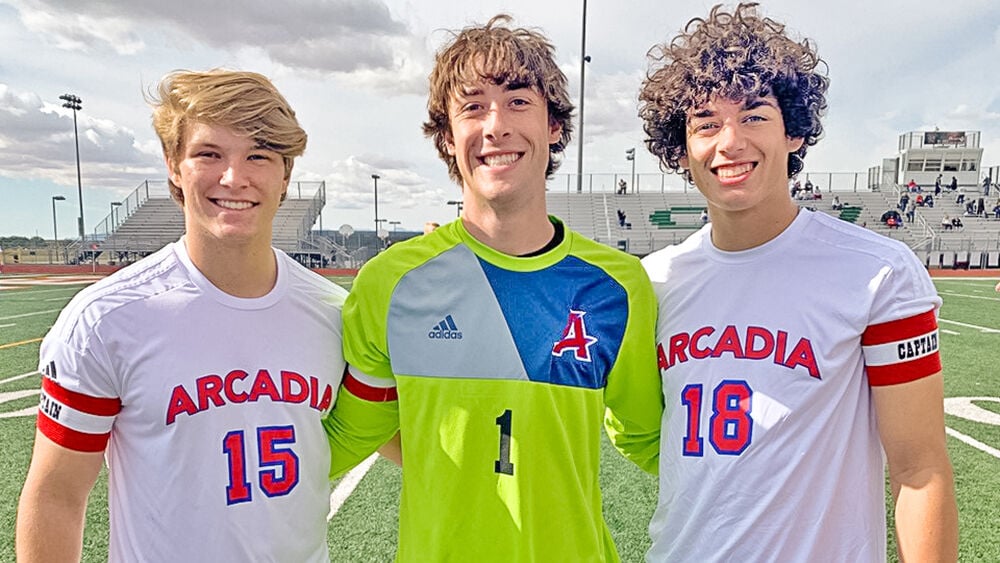 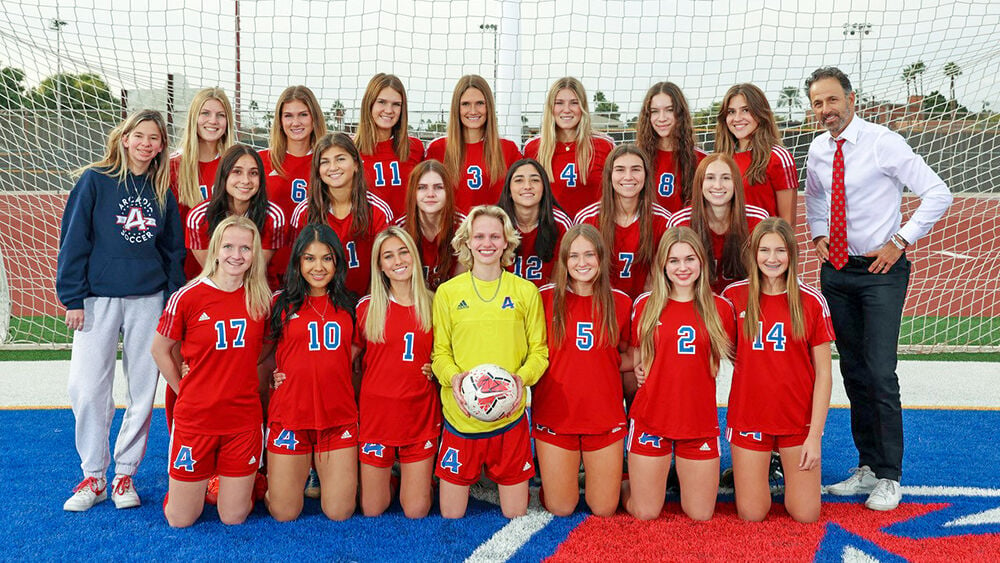 With a season that runs from November to February, Arcadia area high school soccer teams seem to have one goal in mind: the state championship. Arcadia News checked in with local schools to see how their seasons are going.

In the ten years he’s been coaching the girls’ varsity team, Adam Zweiback has helped them reach the state playoffs every year. He hopes to continue that streak and again make the “Final Four” at state in 2021-22. The Lady Titans kicked off the season right by winning their opener 2-0 over Saguaro High.

The varsity squad has 20 players, with 19 on JV, and the two teams warm up together during practice, which is every day after school until 4:30.

“When the playoffs begin, we will promote a handful of JV players to get post-season experience for their future success,” Zweiback said. “Arcadia’s strengths are a half-dozen girls with elite athleticism, skills, and soccer IQ with a supporting cast who strive to elevate their game and shine when they have their opportunities.”

He says their biggest challenge will be contending for a state championship after last year’s top three players graduated.

“This year,” Zweiback said, “our squad is led by three sisters playing for their high school for the first time: senior midfielder Mia Sowders, junior defender Riley Sowders, and sophomore forward Quinn Sowders. The girls are athletic, skillful, intelligent, and fiercely competitive, natural leaders who play with joy and inspire their teammates.”

“I enjoy the environment,” Mia said. “Just seeing each other at school and then coming out on the field together, I think it helps us be close and play well together. I think it was my parents’ dream, and it’s finally come true! Riley, Quinn and I have perfect chemistry, and it makes the game extra fun.”

“We know what we all want to do, and I love it. It’s making me love ‘the beautiful game’ again. Our parents have been waiting for this all year and all of our lives,” Quinn echoed.

According to Zwieback, senior Delaney DeBusk and sophomores Sophia Pitcl, Emmie Formanek, and Te’a Knighton have made great strides in helping the team succeed.

After a disappointing 5-8 record and missing out on the state tournament last year, this season’s varsity boys’ team is focused and determined to bring Arcadia back to the state tournament again at the end of the season. Head Coach Keith Diamanti said they are still searching for their first state title.

According to Diamanti, the Titans have a very competitive schedule but are prepared with an experienced roster that includes 11 seniors, nine juniors and four sophomores.

“Discipline builds character to help them set their mind to achieve great things,” Diamanti said. “We make sure they stay focused in the classroom and on the soccer field. It is important to lead by example so that these students acquire the tools needed to be successful in life.”

As the Arcadia boys kick and pass their way to state, they do so with the help and expertise of key players and captains Benjamin Dorsett, Charlie Moran and Nathan Harrison.

With two wins and one tie, the Gators have started the year strong.

“Practices have been going very well, and we seem to be getting a lot accomplished,” Head Coach Barb Chura said. “We have 23 players, and the strength of our team is our leadership, talent and chemistry.

Chura reports that they are working on integrating more players into games to see how they respond.

“This season, some key players are Hennessy Perez, Jayme Brown, Ansley Burns, Bella Leonard, Talia Coury, Ally Brown, Larkin Thomason, Tessa Montanile and Lainey Swanson,” Chura said. “Their goals for the future are to win a state championship for Xavier. All of them plan to play soccer when they go to college.”

“I played on the team last year when we won the state championship,” Bella said, “and I’m enjoying this season. We have a bright future ahead, hopefully with the same results as last year. We are a new team with new players, but we are starting to see how dangerous we can be working together with the many aspects that we all bring to the table.”

Bella said it is amazing to see the defense, midfield, and forwards work together to produce great results.

“This is my fourth year on the varsity team, so it’s filled with a mix of emotions. I’m so excited to be continuing the traditions on and off the field. However, it’s also sad as I remember that my time playing for Xavier will be over after this season. This drives me to encourage our team to have the best season possible and defend our State Championship Title,” senior Ansley said.

“At Brophy, we work on every aspect of the game, from skill, speed, agility and strength, and the tactical parts of the game,” Head Coach George Archuleta said. “With about 26 on the team, we are good in every aspect.”

Archuleta reports that their strength lies in the fact that they are a team and a family, and they take every day as a blessing to get better at everything they do on and off the field.

“We focus on our mental and spiritual aspects,” senior center-back Nick Hahne said. “One of our philosophies is combining our spiritual selves with our physical game, and we show devotion to the soccer pitch and God at the same time.”

“As a team, we strive and believe magnificent things have been achieved by those who dared to believe that something inside them was superior to their purpose on this team,” Archuleta said.

Brophy athletes – and students, as well, live by a motto: Ad Majorem Dei Gloriam, which is Latin for ‘For the greater glory of God.’

“We work daily to live our lives, on and off the field, up to that motto,” Archuleta said.

“For the last three seasons, the boys’ soccer team has made it deep into the state playoffs, finishing no lower than the semi-finals each year and won the state championship the season before last,” Head Coach Richard Cardenas said.

Having lost eight starters from last year, this season will focus on rebuilding for the 22-member team, which means they will be working on improving and growing their chemistry. The ultimate goal is to get back to the state playoffs.

“We have a strong group of skilled players who have tasted victory and understand the hard work needed to achieve those heights again,” Cardenas said.

Seniors Brody Richter, Jack Young, Fisher Sullivan, Carter Twist and Joe Spadafore are looking forward to taking their team all the way to state for the 2021-22 season.

According to Girls Soccer Head Coach Kristi Seltzer, the season started off rough as the Falcons lost multiple seniors to graduation.

“I could see it weighing on the girls at the beginning. As we continued to practice and play games, we learned to become a new team and forget about who we were last year. This team is just as special and talented as past teams, and they need to believe in themselves,” Seltzer said.

Practices consist of weight training and on-field workouts to improve stamina and techniques. Seltzer said the bond of support and encouragement among the girls is their greatest asset.

“This year’s team has found themselves playing positions they are not used to. It is a process to teach them how to retrain their minds to play center mid verse, outside mid, or forward, instead of defense or even defense to goalie. They’ve been flexible with coaches as we try to move people around to find the best options for the team – it’s a learning curve,” Seltzer said.

Key players for this seasons are Captains Rory Klocke and Analie Conner along with senior Maya Jenkins.