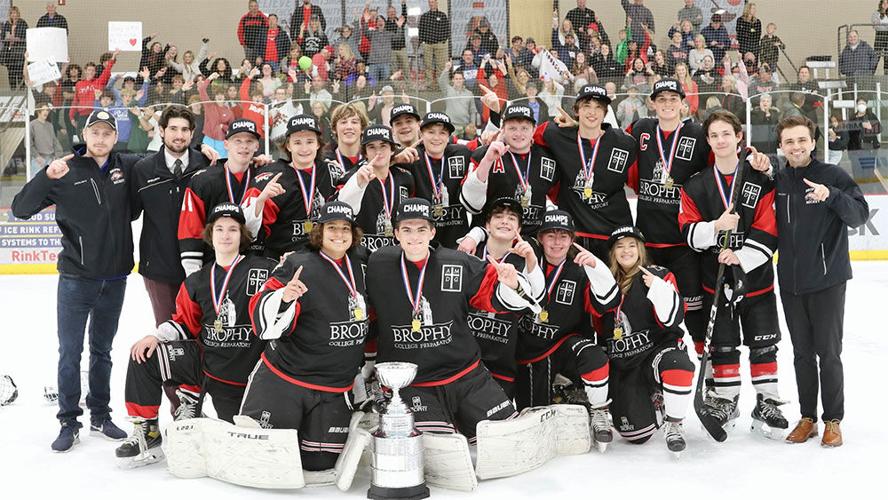 Brophy’s JV squad won the State Championship game against Flagstaff with a score of 6-1. 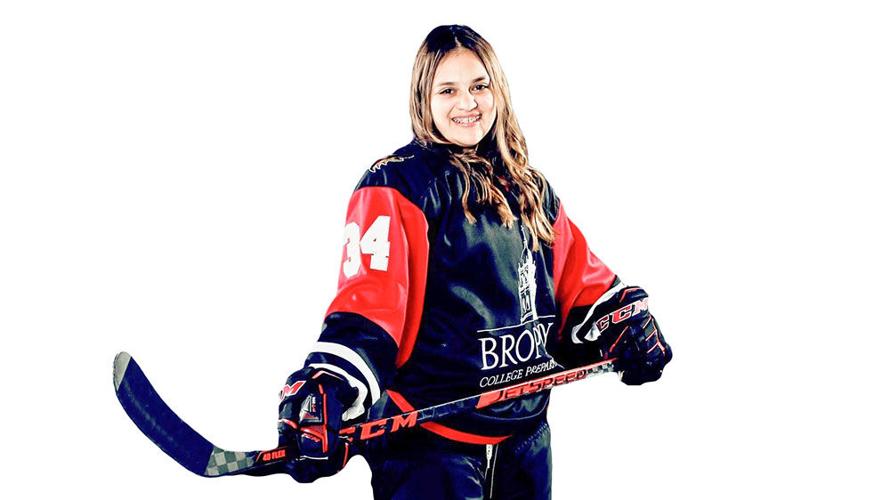 Brophy’s JV squad won the State Championship game against Flagstaff with a score of 6-1.

Xavier senior Marissa White isn’t a stranger to the ice – even though she lives in the desert.

Marissa has been figure skating since she was seven. As she got older, though, she realized she was craving a change, and decided to switch her figure skates for hockey skates.

When Athletic Director Sister Lynn Winsor reached out about an opportunity on Brophy’s hockey team, Marissa jumped at the chance and was accepted to the squad earlier this year.

There have been three girls on the team since its inception – the last in 2014.

“The first time I was on the ice with a puck, I loved it,” Marissa said.

“Xavier is very proud of Marissa for making the hockey team,” Winsor said. “We all salute her for her contributions to Brophy and congratulate her successes.”

It took Marissa a while to get accustomed to the sport, including navigating her new skates. Figure skate blades have a toe pick at the front that helps with jumps or pivots. Hockey skates are lightweight and allow players to skate, stop and change direction quickly. Hockey blades have more curve at both ends, instead of a toe pick.

Marissa also decided to join the Arizona Kachinas, an all-girl hockey club sponsored by the Phoenix Coyotes, to better her skills.

After participating in a practice with Brophy’s team, she was hooked and became an honorary Bronco for the JV squad. She played forward on the left and right-wing.

“It’s been a pleasure to watch our new skaters progress throughout the season. By the end, the drills were smoother, the skating improved, and it’s all due to the hard work they put in,” Brophy Head Coach Ryan Ricci said. “Marissa has lived up to her skills, making it to every practice and putting in the work to improve constantly. The boys on the team have rallied around her.”

According to Ricci, the last few games of the season were a joy to watch as every player was trying to get Marissa the puck in a scoring position. By season’s-end, she had three assists.

“It was awesome to watch them interact,” Ricci said.

The JV team finished their regularly scheduled season and headed into the playoffs, where they beat Flagstaff with a score of 6-1 in the Championship Game. Both the varsity and JV teams won the State Championships – this is varsity’s first state title since 2012.