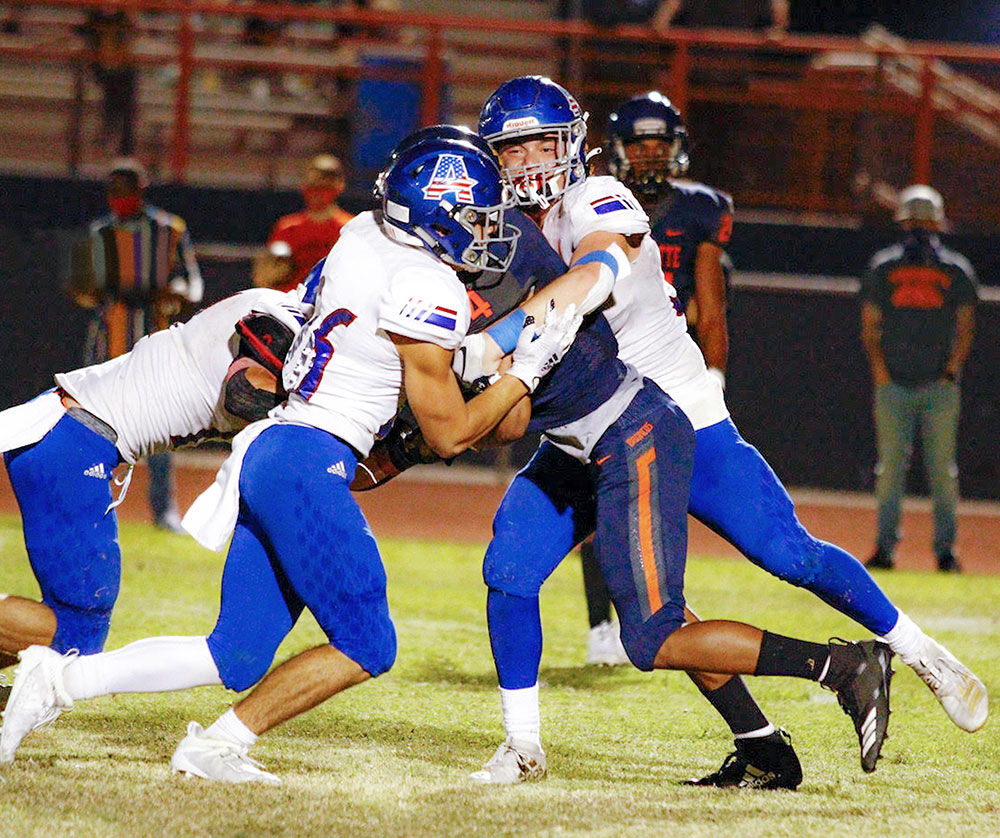 The AHS Titans are still making the best of a football season cut short and staying positive about the future of the game. 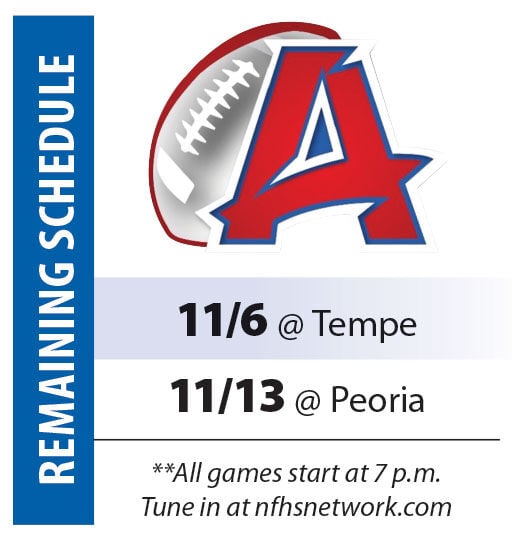 In March, the Arcadia News spoke with Arcadia High School’s new football coach Vance Miller about his impending first year. Miller expressed the objective of getting players to improve – both in the classroom and on the field. The importance of staying in shape year-round and working on the fundamentals was mentioned.

Not long after, everything was altered when a global pandemic forced a change in course. Now, the threat of the virus remains a potential disruptor to the football program.

“At any time, the rug could be pulled out from under us, especially if we have any COVID-type issues that affect the team,” Miller said. “Up until early September, we followed our COVID prevention protocols and practiced when we could.”

Miller said that the Arizona Interscholastic Association met with the Sports Medicine Advisory Committee to create guidelines. When they were given the green light to put on helmets, “It seemed like more of a reality,” Miller said. “We still don’t know 100% for sure.”

But then shutdowns happened, and a season that normally starts in July was pushed out three months.

“Without access to weight rooms and normal facilities, we were not able to get into proper playing shape. We had less time to practice, and it affected us greatly. Without having spring practice and summer camps, it made it difficult to install a system in our first year at Arcadia,” Miller said.

Once athletic departments got the ‘okay’ to continue with their programs, practices resumed with new challenges.

“The biggest challenge and change is wearing masks the entire time. It’s hard to coach in a mask and hard to breathe once they get sweaty, but we’re doing it,” Miller said. “We also have to cut out time for our health safety check-in every morning. Not having the use of locker rooms has been challenging. Normal, everyday processes have been stopped and reinvented.”

Despite recent injuries that Miller attributes to “not having enough prep time to get the boys in shape,” the team is optimistic. The silver lining to these challenges is that the Titans are not alone; every high school in the Valley is facing them.

“Every team wants a championship. As a new coach, I didn’t interfere with the team’s goals. I want to build a strong foundation, create cohesiveness and create a total program vision,” Miller said.

Even though the team hasn’t had the extra time to build a bond, they are senior-heavy and have a strong desire to succeed.

“We have a good number of talented kids,” Miller said. “We got to have a season. The boys are looking for on-field success. I hope we can provide that.”

Changes will include face masks worn on the sidelines and non-players on the field, only one captain flipping the coin for the coin toss and no post-game handshakes. There will be changes for fans too, as only parents are permitted to watch the games from the stands.

The National Federation of State High School Associations offers online access to games so that fans can watch at home. If you’re missing the social aspect, Zipps on Indian School Road has been streaming the games.

“If we can weather this storm, I think we can overcome almost any adversity,” Miller said.