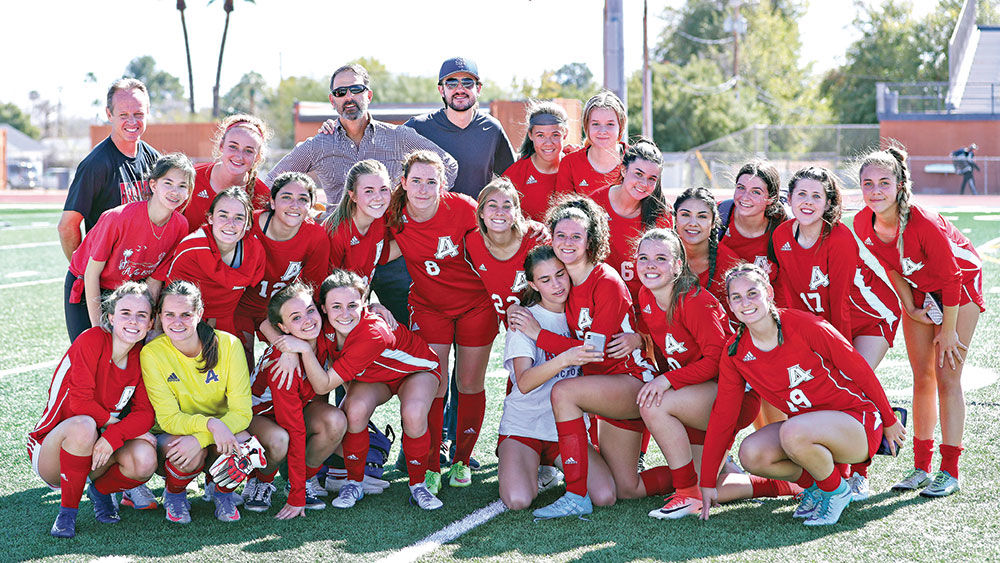 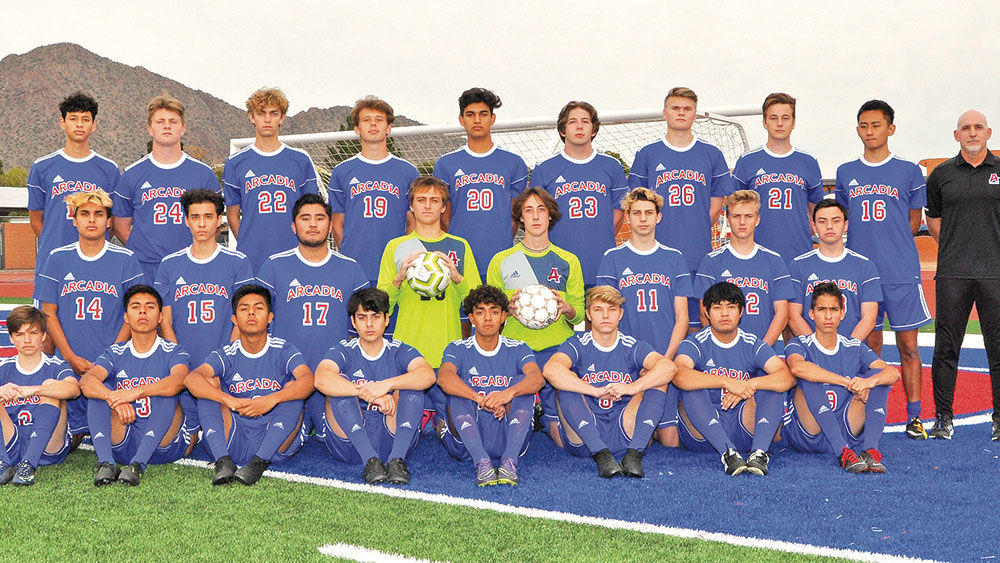 Both the boys and girls soccer teams at Arcadia High have high hopes for the future after dominating this season. The girls team lost only to Chaparral (0-1) while the boys team had a 13-game winning streak.

The group played offense aggressively and passed to each other well. Their success was thanks to players like sophomore forward Lucas Bourgeois, who scored the most points during the season, and Ben Dorset, a sophomore goalie, who didn’t let shots get past him. Dorset also had the help of defensive players like Antonio Clark, a junior defensive midfielder, Tony Reyes, a senior, and Parley Cardon, a senior defense captain.

Looking to the future, Harrison says although they are losing seniors to graduation, they have a lot of sophomores and juniors to take their place. With the right mix of students, they don’t have to replace as many players next year.

On the girls side, Arcadia Girls Soccer Booster Club President Kelley Pierce said they did exceptionally well. Considering Arcadia is only a 4A team, the Titans losing by only one point to Chaparral (a 6A team) is a testament to how hard and how well the players worked.

“Our key motivator was that we wanted to win a state title for our school,” senior defender Grace Pierce said. “Plus, getting the support of our administration, staff, and students helped us get amped for our home games.”

Pierce said that most of the girls play club soccer and come well prepared to play high school ball. She also noted that the booster club funds outside coaching and training to help assist the girls throughout the season with staying motivated and keeping their skills honed.

Pierce said that the most significant difference this past season for the team is that 11 seniors played varsity. “Of those 11 players, ten have played all four years for Arcadia soccer, and of that, eight of those players were starters. So the team was cohesive and dominated the 4A Desert Sky region.”

The girls team was composed of players like senior forward Brooke Leber, who made 35 goals and nine assists. Senior defenders Abby Ford, Lauren Louer, Grace Pierce and Kayla Walshire all made a strong backline that was difficult to penetrate, and sophomore midfielder Maggie Cagle, who is also on the U-14 national team, helped to keep the team at the top.

Although both teams suffered some losses, they aren’t letting that stop them from celebrating their successes. Both are looking to the future. Arcadia is moving from division 4A to 5A next season, which will be more competitive. The teams’ lineups will also be different, but they have the grit and knowhow to come back stronger next season and dominate once more.