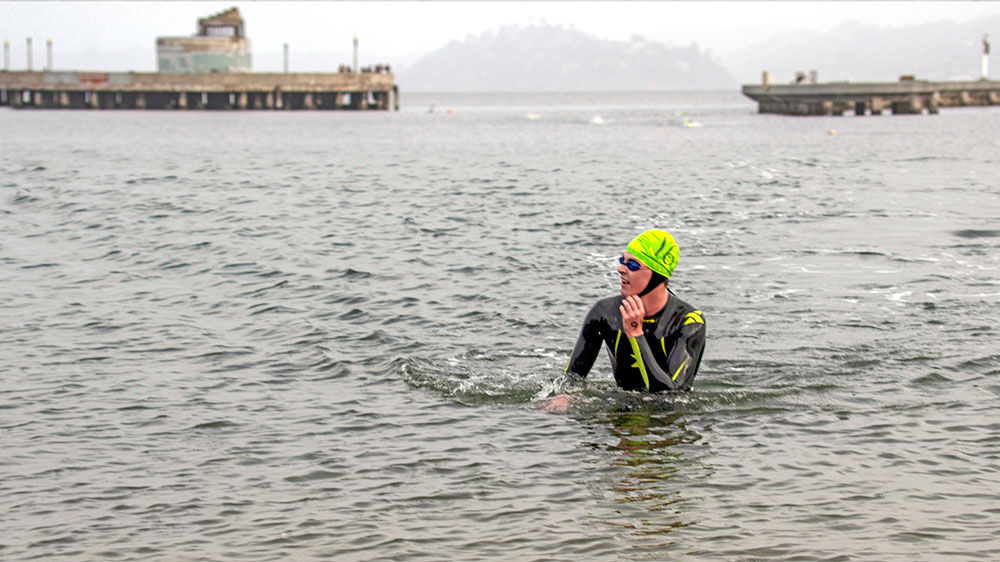 Devin has completed the annual Alcatraz Open Water Swim in San Francisco more than once. 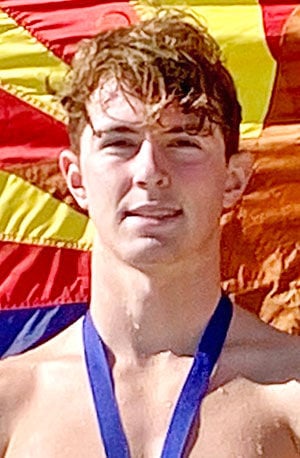 Devin Esser has been swimming with a club team since he was five years old. He recently swam 25 miles in 24 hours for the Going the Extra Mile challenge.

He’s no stranger to the water. Devin Esser, a senior at Veritas Prep, has been a swimmer since he was a youngster, and the hard work has paid off. He was recently added to the  USA Swimming Scholastic All America Team for 2019-20. This achievement is an honorary award that is based on superior academic and athletic performance.

To qualify for the team, swimmers must have a 3.5 or higher GPA and have earned a certain time for a specific race. According to Esser, the swim time is equivalent to a Junior National Standard, the highest national level for those under 18 years old. Swimmers can qualify at any event with any stroke.

“I never thought that I’d get this far, and I’m excited,” Esser said. “When I was in middle school, Veritas didn’t have a swim team; now, they have an excellent one. Our program is doing well thanks to Athletic Director Kayla Walsh, and our school is growing more and more in athletics and academics.”

Along with swimming varsity at Veritas, Esser also swims on a local club team at Swim Neptune.

“I’ve been with the same club team since I was five,” Esser said. “As this is my 12th year on the team, I’m the longest-lasting member.”

He dreams of competing in the Olympics one day and sees the accomplishment of smaller goals as the stepping stones to reaching this pinnacle of athleticism.

“Scoring with my team at NCAA swimming championships and competing at an Olympic trial cut will help me to get there,” Esser said.

All this success requires dedication and hours of practice. A typical week for Esser means two hours of training on Monday, Tuesday and Thursday, and on Wednesdays and Fridays, the team practices two hours in the morning and two hours in the evening. Weekends are no exception, and Esser also works out in the gym two days a week.

In addition to dominating in the pool, Esser also does open water swims.

“I swam from Alcatraz to the shore a few times,” Esser said, “and I swam in Hawaii and raced in Lake Tahoe.”

This past summer, Esser put his water endurance to the ultimate test when he participated in the Going the Extra Mile Challenge to benefit the community. The mission was to swim 25 miles in 24 hours in a lap pool, which meant swimming one mile every hour, resting and then swimming the next mile. The swimmers raised over $30,000, which they used to buy PPE supplies like masks, gloves and gowns for Valley organizations to use in the fight against COVID-19.

When he isn’t in the water, Esser and his family enjoy watching Arizona sports together. He earned money this past summer buying and selling clothing on eBay, which fits his busy practice schedule better than a traditional summer job would have.

Esser has big plans for his future. He has already been accepted to the University of California, San Diego, where he’ll be swimming and studying marine biology and business, his two main academic interests.