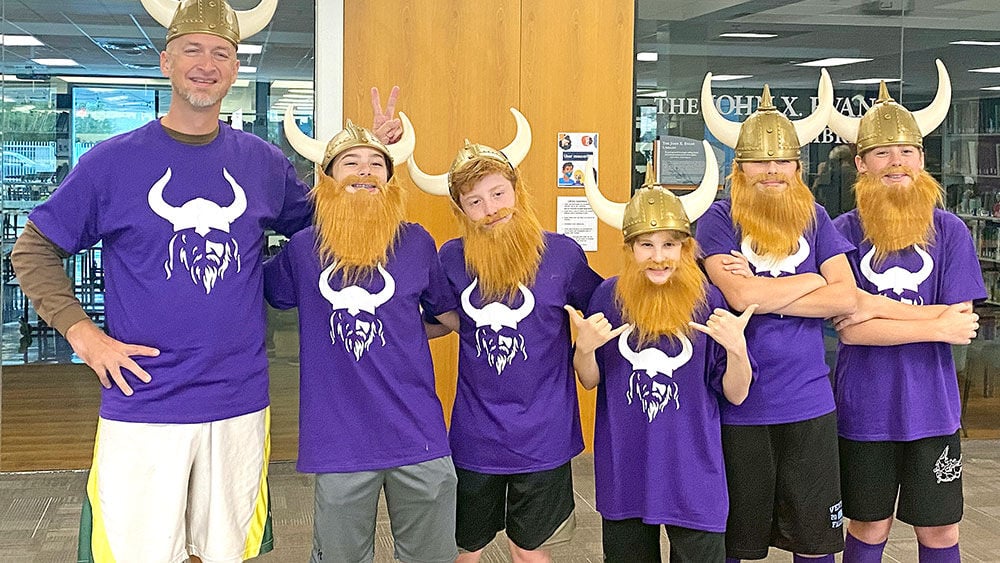 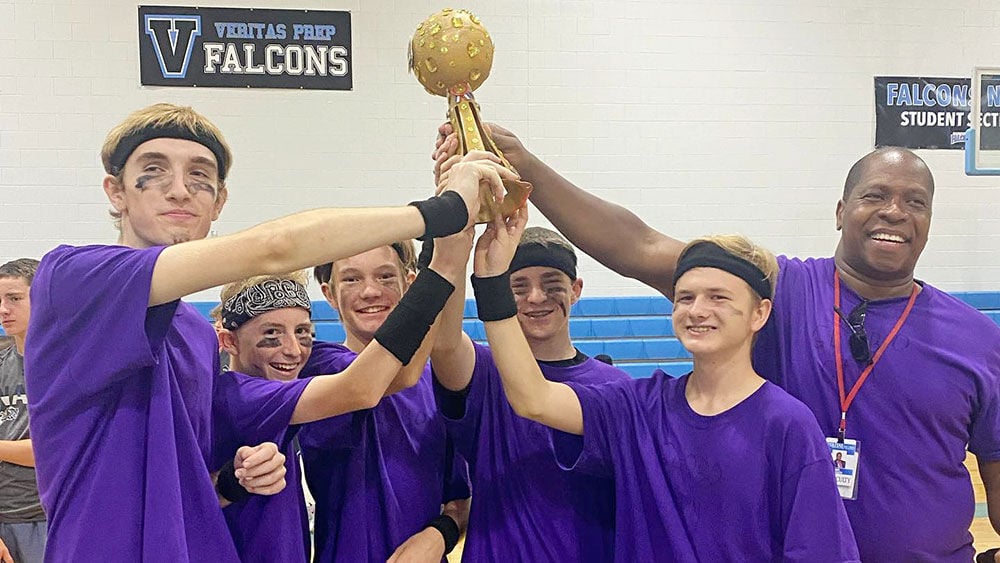 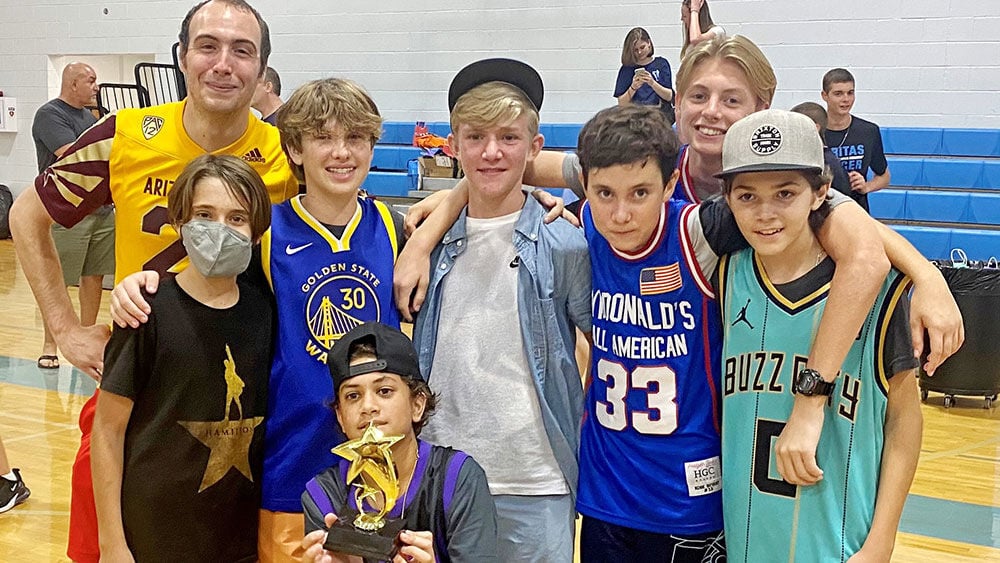 Two years ago, the Parent-Student Organization at Veritas Prep needed a community event to welcome parents and students back for the new school year. As they sat in their meeting, one game came to mind – and its success was evident at this year’s second annual Veritas Dodgeball Tournament.

“The event was double in size and number of teams competing since we couldn’t hold the event last year,” PSO Co-President Nichole Weems said.

This year, the tournament took place on September 18. Over 30 teams of five headed to the gym, decked out in their themed shirts.

“Once the students form their teams, they ask a teacher to be the bonus member and come up with team names and costumes or uniforms,” Weems said. Students from middle and high school were able to compete.

The objective is to eliminate all opposing team players by throwing game balls and hitting the opposing player below the shoulders. When the game starts, players run to the middle line and attempt to grab game balls to throw at opposing players.

Each player starts with one hand on the back wall. Play begins on the referees’ signal of “go” and “dodge” after the initial rush.

Once all players on one team have been eliminated, the other team wins.

“The energy surrounding the event this year was huge as our first large in-person event,” Weems said. “One parent told us they were in tears because of the happiness it brought everyone.”

Weems said that the best part was the interaction between students and faculty outside of the classroom.

There were three winning categories this year: high school, middle school and best costume. The winners are as follows:

The winners received team trophies and gift cards. Weems said that due to the event’s success, they are already planning a third dodgeball tournament for the future.